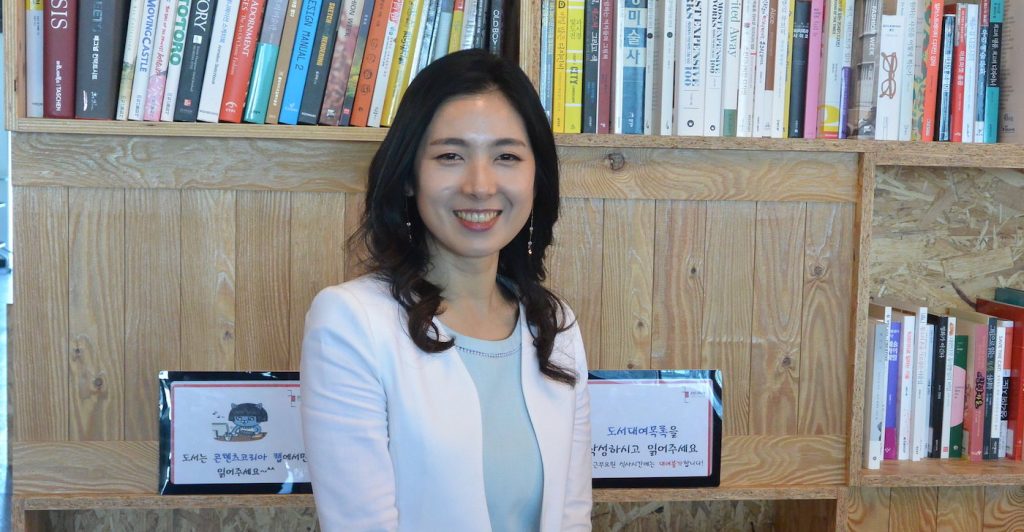 What does a freelance film critic do when there are no films to release? For South Korea’s Youn Sung-eun, the situation forced her hand to dive into a new business venture earlier than she anticipated – only this time she’ll be the one creating the content.

“I’m not naturally an optimistic person, so I don’t think people will return to the cinema as they used to. I had been planning a new business for a while, but with the coronavirus situation, I realized I should hurry to make online content.”

Sung-eun’s new venture is a production company for webtoons, digital comics that are easily read on a variety of devices and optimized for smartphones and tablets – hugely popular in South Korea, along with online TV drama shows and mobile games.

“I started as a one-person business, but now I’m searching for writers so that I can operate much like writers agency, and I’m working with a webtoon drawing artist company and various businesses.”

The focus on webtoons is a practical one. Webtoons, unlike scripting for film and television, is a faster process.

Sung-eun says she’s splitting her time between this new business, and some of the more traditional film criticism that once kept her busy. “Maybe being a film critic is no longer an ideal job in Korea, more like a part-time job, so I’m trying to focus on my new business now.”

Highly respected for her film criticism, and a familiar face at film festivals (she has moderated Motion Picture Association film workshops and pitching competitions during the Busan International Film Festival), Sung-eun regularly appears on radio and television to give her expert opinion on independent Korean films.

“I continue to appear in the media. They check our body temperature at the front gate and provide hand sanitizer, and of course, we wear masks… except when I talk on screen.”

With theatrical releases all but dried up, Sung-eun was recently called on to write a review for director Sung-hyun Yoon’s Time to Hunt, a gritty, dystopian film originally planned for a theatrical release but now on Netflix.

Korean film continues to bask in the afterglow of Boon Jong-ho’s much-deserved bushel of Academy Awards, including for Best Film, for Parasite, fueling expectation that there’s a lot more quality screen content to originate from the country.

While feature film production was, for the most part, put on hold, it appears that many of the popular television series have found workarounds to continue shooting throughout the country’s lockdown.

“I’m curious! I heard that no other country has managed to do this. I found it strange given Koreans are kind of obsessed with health issues. Many actors and actresses did not pause for rest throughout the coronavirus situation.”

Sung-eun says that the industry is working through formal production guidelines coordinated by their leading industry body, the Korean Film Council (KOFIC), which sits under the Ministry of Culture, Sports & Tourism. She, like many in the industry, has been surveyed to provide input into the guidelines.

The more we talk, the more it seems Sung-eun fits into her busy day. Along with fellow film critic, Darcy Paquet (known for providing the English subtitles on Parasite, and a previous contributor to Variety and Screen International), she’s curating the Wildflower Film Awards, a grassroots effort to recognize the achievements of Korean independent and low-budget films.

It’s hosted on May 22, and we’re all ‘virtually’ invited. Not surprisingly, the ever passionate Sung-eun is happy to share her love of Korean films with the wider world.

Like nearly every other industry, the filmmaking world has undergone an unprecedented global shutdown due to the coronavirus pandemic. We’ve been talking to filmmakers all over the world to find out how they’ve been handling the stoppage in work, making the most of their quarantine, and their hopes for the future. Those interviews have included chats with Indian filmmakers Tannishtha Chatterjee and Priyanka Singh, Filipino filmmaker Keith Sicat, and Thai filmmaker Nirattisai Ratphithak.