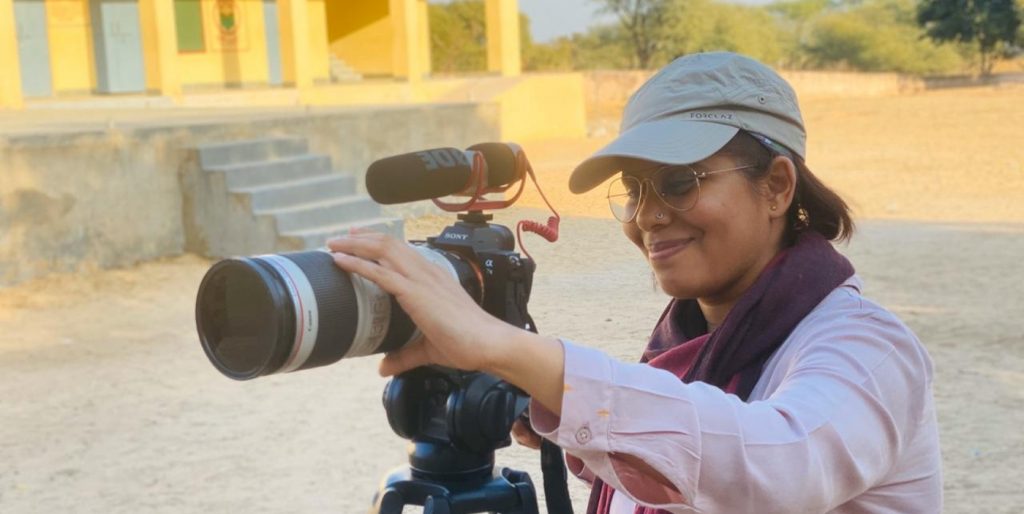 Cinematographer Priyanka Singh jumped on the phone from Mumbai more or less exactly at the moment that Indian Prime Minister Narendra Modi was locking down the country—and its’ 1.3 billion residents—on March 24. “Right at this very minute, our Prime Minister is addressing the nation and saying, ‘It’ll go on for three weeks,'” Singh said. “There’s a country-wide lockdown for the next three weeks. This means a curfew, a state of emergency. We just have to figure out what to do in the next three weeks. We need to get a little creative, a bit more innovative, and figure things out. This is unprecedented.”

As we’ve all learned in the era of COVID-19, everything, from time itself to the decrees issued by our leaders, is fluid. Many of us are more or less frozen in place, yet things are changing rapidly and all the time. That three weeks that Prime Minister Modi has been extended until at least May 3. For Singh, one of the most talented cinematographers working in India, that means more time to consider her most recent documentary, which under ordinary circumstances would be top of mind.

The documentary, titled Kicking Balls, is about a soccer program in rural India for young girls, where the practice of child marriage, although illegal in the country, still takes place.

“When it started, it was a very tiny idea, which came about because our director, Vijayeta Kumar, had come across this nonprofit organization, Mahila Jans Adhikar Samiti (MJAS), that works out of Rajasthan,” Singh says. “They started this football training camp for girls from remote areas, places that haven’t seen a lot of development. One of the vices these villages still suffer from is child marriage, which is illegal, but still happens due to social and economic pressure. They’ve been continuing to do this under the guise of maintaining culture. So MJAS had started this football camp for girls in an effort to help make them independent, to give them some idea of freedom, to open their mind to other possibilities in life. Because when they’re married off, they don’t understand anything that’s happening to them.”

Like the nonprofit itself, Singh and her crew had to figure out how to work within this cloistered local community. The goals of the documentary were in line with the nonprofit; how do we empower these girls without making ourselves instantly odious to the rest of the members of the community? Filming in a cloistered, rural community sets up a series of challenges, cultural and logistical. Doing so when the film you’re aiming to make is touching upon a taboo subject that is kept secret increases those challenges tenfold.

“There are a lot of challenges about this documentary because child marriage is not supposed to come out in the open,” Singh says. “People are really guarded about it. It’s really challenging to be able to shoot in these villages without hostility. Any little mistake can tip things over. But we succeeded in getting more depth than we’d originally thought we might, and getting some people to actually come on camera, including the grooms.”

Once Singh and the crew began filming, she said it was like opening Pandora’s box. “There were so many girls and so many stories,” she said. “Listening to these girls about why they got married or how they’ve been engaged, and seeing their performance on the field and the possibilities that they have, we just realized the film had to cover a much wider scope of their lives. So we started expanding on it, and we went back to shoot what their actual lives in their villages are like, what kind of families they come from, how is it these marriages are still going on, what’s the logic people use to defend child marriage? It now has so many layers.”

Singh’s experience wasn’t all that different from her previous documentary work. You go into a new film thinking you’ve got a decent understanding of your subject, and you get to work and find out how little you actually know.

“Reaching out to these areas and finding out what these peoples’ lives are actually like, it’s an entirely different experience,” she says. “I love shooting documentaries. I’ve done a lot of work in both fiction and non-fiction, and this is one of the most challenging films I’ve ever done. Not just challenging, but at the same time, bringing out something you think doesn’t exist because it’s not supposed to, because it’s illegal. So many things that we take for granted are a privilege for somebody else. That’s what this documentary is about, it’s about the future these girls can have. The dreams that they do have. Most of them are very ambitious, but then their dreams can get killed by decisions made by grownups who think they know better.”

Working on the doc gave Singh a chance to hear from people actually defending the practice of child marriage, which then made her think about the privilege of being able to make your own decisions about your life. “The conditioning is so deep-rooted, they’re not able to realize it,” she says. “This is done in the name of culture, in the name of tradition, and all these tools are used to maintain the status quo. When you listen to people who speak in favor of it, you think about the things we take for granted, like the privilege of being able to make a decision about your life, on your own. The decisions are made by society, by your socioeconomic position, and, most of the time, these decisions are made by men. And all these things are something you cannot change overnight. You can’t just get rid of patriarchy in a year.”

Yet Singh still found reasons to hope. The fact that the nonprofit, MJAS, was able to operate in the region and get these villagers to allow the girls to play was remarkable.

“Sports in India, in general, are not really possible for girls. Even in the city, you’d hardly ever see girls playing football,” she says. “Even the one sport which is very famous here, cricket, is not even considered a lucrative career option for women. So to tell people in the village that your girls should come to this football camp, from villages that are hugely patriarchal, is amazing. Everything in these girls’ lives is dictated; how they should dress, how they should behave, who they should marry, all because the elders say they should. So for the nonprofit to convince these girls to come out and play football in shorts, it’s like a breath of fresh air. I could see it in the girls when we filmed them in the camp, versus when we filmed them back in their villages. They were so different. This exposure has given them a sense of freedom.”

Kicking Balls is currently in post-production and will be completed once the spread of COVID-19 is deemed under control by the Indian government.