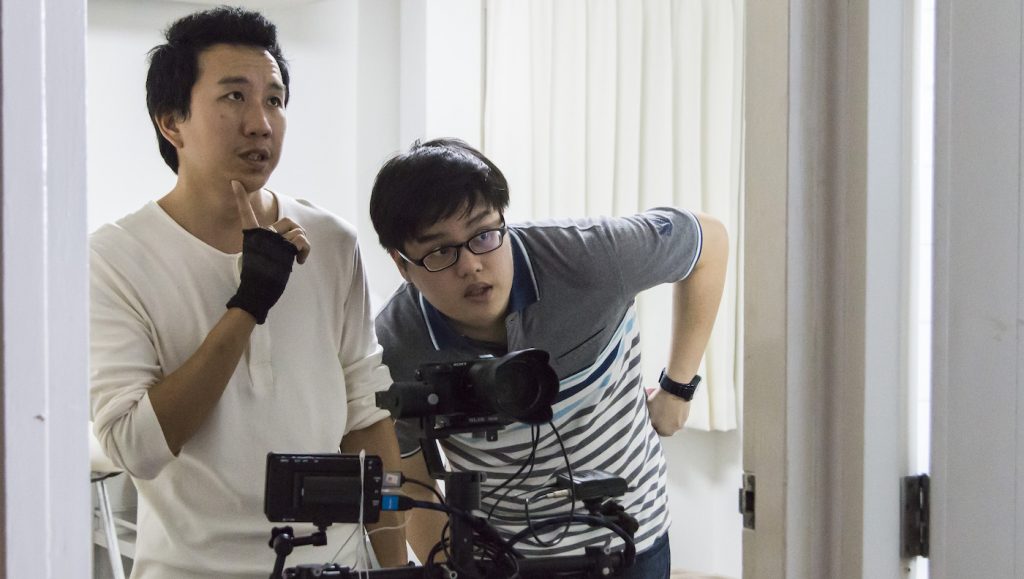 Like nearly every other industry, the filmmaking world has undergone an unprecedented global shutdown due to the coronavirus pandemic. We’ve been talking to filmmakers all over the world to find out how they’ve been handling the stoppage in work, making the most of their quarantine, and their hopes for the future. Those interviews have included chats with Indian filmmakers Tannishtha Chatterjee and Priyanka Singh, and Filipino filmmaker Keith Sicat.

Today, we chat with Thai filmmaker Nirattisai Ratphithak about his path from public health to filmmaking, the state of the Thai film industry, and how the pandemic is giving him a change of perspective.

Tell me about your background—how did you get into filmmaking?

When I was young, I used to watch films with my grandfather out of curiosity. The films were in English, which I wasn’t able to understand at all, and I couldn’t catch the subtitles either, so my grandfather helped me to understand the film. Then my mother used to read bedtime stories to me. Before I knew it, we had a house full of books. I used to imagine how these stories could end differently or imagine how different stories can be combined together. I started to experiment with different ways of storytelling. I tried drawing and writing. And lastly, I tried the motion pictures. I fell in love with filmmaking. To quote Mark Twain, “The two most important days in your life are the day you are born and the day you find out why.” I felt that it was my purpose to tell the stories. With motion pictures, there are no limits to my imagination.

Yet you didn’t initially start out studying film…

Right, I studied public health because of my family, especially my mother. In Asian culture, being a doctor or an engineer is considered more respectable with a more stable income. Being a filmmaker is not.

How did you convince your family you had to follow your dreams?

After having fights with my family countless times, I gave up fighting with them. I had to study public health even though I am afraid of blood! Secretly, I still had plans to make films. I broke down when I had to suture wounds and give vaccine shots and take care of any blood-related operations. I was struggling to keep my mind straight. I was almost fainting every 10 minutes. It wasn’t fun at all. I realized that I had enough.

And you were studying and making films on your own at this time, too?

In my early years, I shot my films with the help of my friends who studied public health. I asked everyone to volunteer, to hold the camera, and to act. Most of my films during that time were health campaigns to promote and educate people about exercising and not drinking when driving. Looking back, the films weren’t good due to the lack of skills and experience.  After learning from my failures, I kept studying from books, masterclasses, online classes. I saved money to enroll in the film course at Bangkok film school. I continued to experiment. After that, I attended the University of Wisconsin’s student exchange program for a semester, with the hidden purpose of finding any opportunity to study film, because I had no chance of really studying it in Thailand. It was my first time studying film in person and not with books or online. I was excited.

Tell me about the thriller you wrote. How did you come up with the concept? How long did it take to write?

Who’s the Liar is the working title for the thriller in development. The inspiration came when I bought my life insurance. In case of death, the insurer will pay a sum of money to your beneficiaries. But I realized that I wouldn’t need that money which I could never use. That became an idea of the main character of this film who tries to claim his life insurance money when he is still alive. Unfortunately, he isn’t the only one who wants that money. While it has been developing for more than a year, I am hoping that a producer will pick the project up soon.

Who are the people in the industry you look up to? Favorite films? Favorite directors?

Personally, my film Idol is Nattawut “Baz” Poonpiriya who directed Bad Genius (2017) which is also my favorite film. It’s a thriller about students cheating on tests. The first time I watched his film, I was at the edge of my seat. The director took the risk of coming out of the Thai film comfort zone which are romantic comedies, comedies, and horror. The film was the highest-grossing Thai film of 2017. It was also loved by international audiences.

What do you love about it?

Nattawut’s style makes the film intense and suspenseful. He also sprinkled in comedy and a little mixture of romance. He was able to mix all the features together seamlessly. I was amazed that even though he had a lot less budget than many western films, he was able to express his ideas and execute the story he wanted. With his skills and his work, he set a new standard for the industry. Then there’s The Secret  Life of Walter Mitty (2013) by Ben Stiller,  another favorite of mine. The film is an adaptation of James Thurber’s 1939 short story. The film is very inspiring. It adds new meaning and a new value to life. I felt like I want to make a film that makes my audience feel the same way.

In Thailand, the productions are more flexible and negotiable compared to the US or Korea where the time and the schedule are more strict. Due to the lack of time and the amount of workload, we might not be as well prepared. Instead, we need to focus a lot on solving problems on the spot. The Thai film industry as a whole lacks support from the Thai audience. The audience would choose foreign films instead of Thai films when it comes to the cinema. With the lack of support, Thai films are getting less budget from the investors.

However, many Thai films are being distributed to other countries, both in cinemas and online, and are getting positive feedback. This draws the attention of overseas investors, which gives us more opportunities. I hope this makes our industry stronger as a whole and gets us more support from Thai people.

Tell me about how your work and life has changed since the spread of COVID-19? How are you handling it?

Since the epidemic started early this year, the productions are on hold. Since there are no productions, we are focusing on the pre-production aspects. Scriptwriting is now my focus since I couldn’t go outside. We’re getting more time to prepare. However, a lot of people are being affected by the virus, especially the production crew. With the lack of income, a lot of us are saving money and hope for the best.

Do you think this pandemic will change the way you work? Or change the industry?

There will definitely be a change. We can clearly see that we need more safety and health measures. For example, cleaning the equipment, taking the crew’s temperature, etcetera. This could help us lower the chance of the virus spreading. A lot of the filmmakers are now switching to online conferences instead of meeting in person, which saves time and resources. However, there are concerns with the cinemas. Since the spread of COVID-19, the cinemas have been closed. Many people turned to online sources which would change the culture of film watching. As the audiences are watching separately, there might be new inventions that could satisfy the audience, such as the use of VR to mimic the experience of watching in a cinema.

What positives have come up out of this pandemic for you?

The pandemic can be difficult for a lot of people. But as a workaholic, I feel that this gives me a breather and gives me a chance to rest, which improves both my physical and mental health. I can take time to find new inspirations and watch the films and TV shows that I haven’t had a chance to. I could also take more time to write and prepare for my future films.

Nirattisai won the MPA Script to Screen Film Workshop in Thailand in 2019.