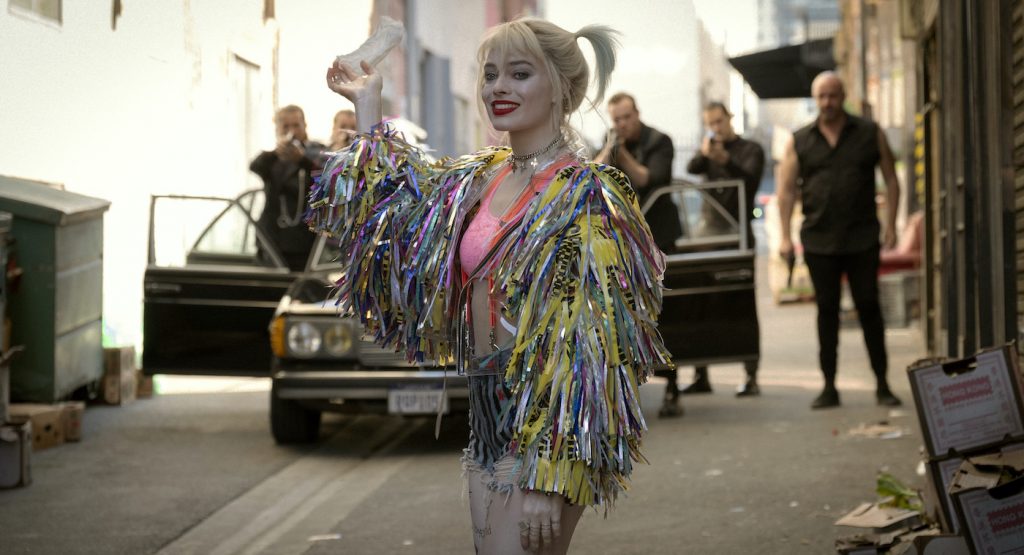 The first reactions to Birds of Prey (And the Fantabulous Emancipation of One Harley Quinn) are pouring in, and we’re happy to report that folks seem as delighted as Harley herself often does. Director Cathy Yan and her star and producer Margot Robbie had a distinct vision for what Birds of Prey was going to be. Everything we’ve seen up until now, especially the last trailer, hinted at a go-for-broke approach to one of DC’s most colorful characters and her new band of friends. Robbie worked hard to get this film made and decided to highlight the lesser-known ladies of Birds of Prey over the already iconic Gotham City Sirens, whose ranks include Catwoman and Poison Ivy.

Birds of Prey centers on Harley Quinn and her new partners-in-crime. Those partners are Black Canary (Jurnee Smollett-Bell), Huntress (Mary Elizabeth Winstead), Cassandra Cain (Ella Jay Basco, making her big-screen debut), and Renee Montoya (Rosie Perez). They’ve come together to take out some very bad dudes; the supremely wicked Roman Sionis (Ewan McGregor) and his sidekick Victor Zsasz (Chris Messina). It seems that each of the ladies has done something to get on Roman’s bad side, so they’ll need to team up to take him out.

The early reactions are all raves for Robbie, who we already knew was an absolutely perfect match for the role when she stole the star-studded ensemble Suicide Squad back in 2016. Yet it’s not just Robbie receiving the love; critics are delighting in her supporting Birds, Ewan McGregor’s villain, and the terrific action. In fact, many people are saying the film has some of the best fight choreography they’ve seen in a DC film.

Here are the early reactions. Birds of Prey hits theaters on February 7, 2020.

Just saw #BirdsofPrey and am happy to report that it’s my favorite modern DC movie yet. Like Shazam, it carves its own path with totally unique aesthetic, action, and tone. Margot, Ewan and all the rest are 100% fantabulous. Why aren’t there more roller skate action scenes?? pic.twitter.com/BDipKiB0qU

Just got out of the #BirdsofPrey premiere here in London, and folks – #BOP is a bop! Badass, hilarious, with some killer twists and an emotional Colin Powell cameo that actually grows into a full-on supporting role. Best DC flick since The Dark Knight and I don’t say that lightly

So #BirdsofPrey was an absolute blast. Harley feels exactly like the human Looney Toon she ought to be, Black Mask is a scene stealer; Dinah, Helena, Cass, and Renee all rule. This was everything I want from DC movies and then some.

#BirdsOfPrey has terrific action, humor & some of the more memorable characters we’ve seen in a DC movie, but the biggest highlight is Margot Robbie. She is fantabulous as Harley, while also proving that sometimes our most valued relationships are the ones we have w/ good food pic.twitter.com/EDQ3sr5JtL

#BirdsofPrey is a ridiculous and rad superhero film. The fight scenes are phenomenal and the villains are delicious. It shouldn’t have taken this long to get the Birds of Prey on film but it was a lot of fun.

Cathy Yan’s #BIRDSOFPREY is a criminally fun celebration of sisterhood, with some of my favourite fight scenes in recent memory. I was grinning from ear to ear the entire thing; making a pub debut with my review soon! pic.twitter.com/QBEgyf6oan

#BirdsofPrey is delightfully unassuming and unconcerned with its place in a larger context. It’s a bonkers bananas crime comedy and a genuine party movie. Everyone is having a blast but Mary Elizabeth Winstead plays Huntress like a supporting character from THE TICK. It rocks. pic.twitter.com/7MRMKkZ0oi