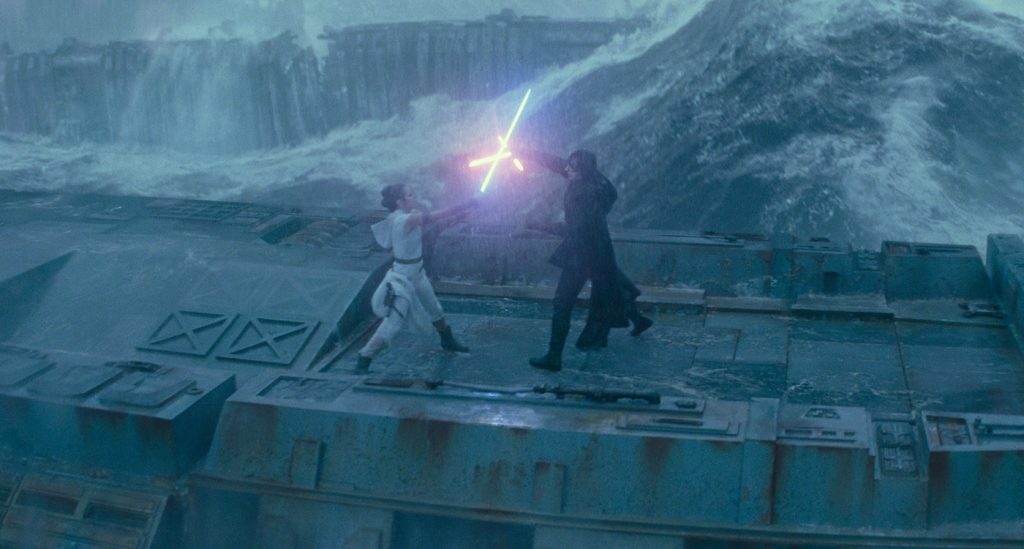 At this point perhaps you’re hoping to just put the blinders on and not see another piece of Star Wars: The Rise of Skywalker promo material. We get that. With the December 20 premiere date heading towards us faster than the Millennium Falcon in hyperdrive, we’ve been getting a lot of fresh TV spots. Yet for those of us who can’t help ourselves (or write about this for a living), every spot offers a glimpse of something new from the 9th and final installment in the Skywalker Saga. That’s true here.

We’ve known since jump street that The Rise of Skywalker would feature an epic lightsaber duel between Rey (Daisy Ridley) and Kylo Ren (Adam Driver). These two have been fighting since J.J. Abrams’s first entry in the new trilogy, The Force Awakens, and have been quarreling, and occasionally working together, ever since. In this new spot titled “Adventure,” we see a fresh bit of footage of the two squaring off against each other. What’s more, Emperor Palpatine’s voice is heard while they make their approach, saying “Let the final battle begin.”

Check out the new spot below.

For more on Star Wars: The Rise of Skywalker, check out this clip of Leia holding a lightsaber (and more), or this clip of flying Stormtroopers, read about Lucasfilm president Kathleen Kennedy and writer/director J.J. Abrams meeting with George Lucas, watch the Knights of Ren and a Sith Trooper in action, behold the new character posters, read this helpful Star Wars timeline, watch the latest TV spot, read our breakdown of the final trailer, watch the final trailer itself, read our break down of a bunch of new images, and a have look at Rey and Kylo Ren (Adam Driver)’s complicated relationship.