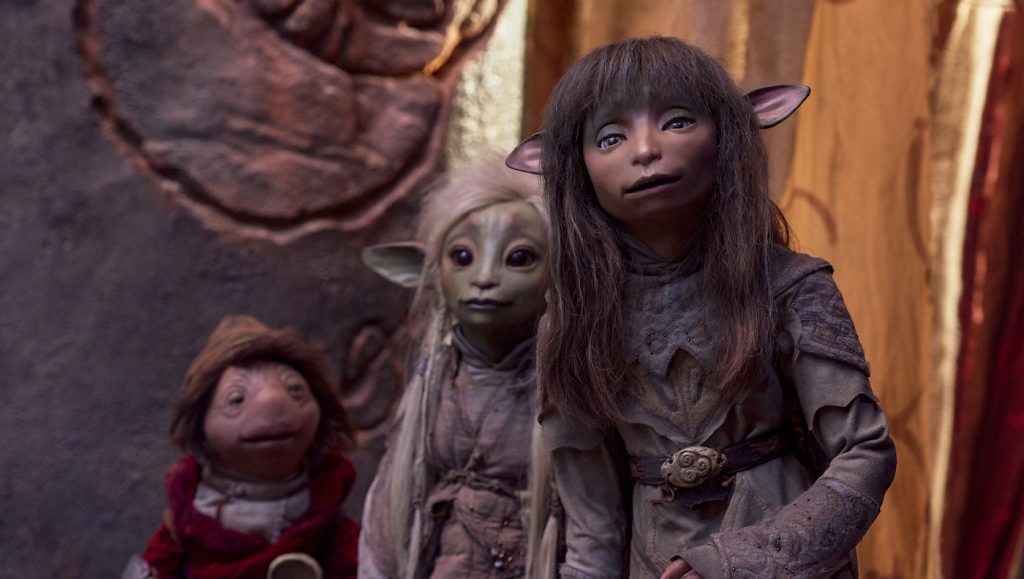 The anticipation for Netflix’s new series The Dark Crystal: Age of Resistance is no joke. The combination of voice talent, the blend of practical effects (especially puppetry) and CGI, and the glimpses we’ve seen of the series thus far have created a groundswell of excitement. Now Netflix has released a new behind-the-scenes featurette that reveals stars Simon Pegg, Natalie Dormer, Taron Egerton, Jason Isaacs, and Executive Producer Lisa Henson talking about the ambitious new project. The talented cast and crew that have come together to pull off this 10-episode series, led by director Louis Leterrier, is no joke.

This new featurette introduces you to the famous voices behind the characters. Age of Resistance returns to the world of Thra, which was created by Jim Henson and Frank Oz in their classic 1982 film The Dark Crystal. “When three Gelflings discover the horrifying secret behind the Skeksis’ power, they set out on an epic journey to ignite the fires of rebellion and save their world,” is how Netflix puts it in their synopsis. Those three Gelfings are Rian (Taron Egerton), Deet (Nathalie Emmanuel), and Brea (Anya Taylor-Joy). Age of Resistance is a prequel to Henson and Oz’s film, following our three heroes as they try to make their way through the magical world of Thra, which is controlled by the evil Skeksis.

Check out the new featurette here:

Here’s the official synopsis for The Dark Crystal: Age of Resistance:

Based on The Dark Crystal, Jim Henson’s groundbreaking 1982 feature film, The Dark Crystal: Age of Resistance tells a new story, set many years before the events of the movie, and realized using classic puppetry with cutting edge visual effects. The world of Thra is dying. The Crystal of Truth is at the heart of Thra, a source of untold power. But it is damaged, corrupted by the evil Skeksis, and a sickness spreads across the land. When three Gelfling uncover the horrific truth behind the power of the Skeksis, an adventure unfolds as the fires of rebellion are lit and an epic battle for the planet begins.