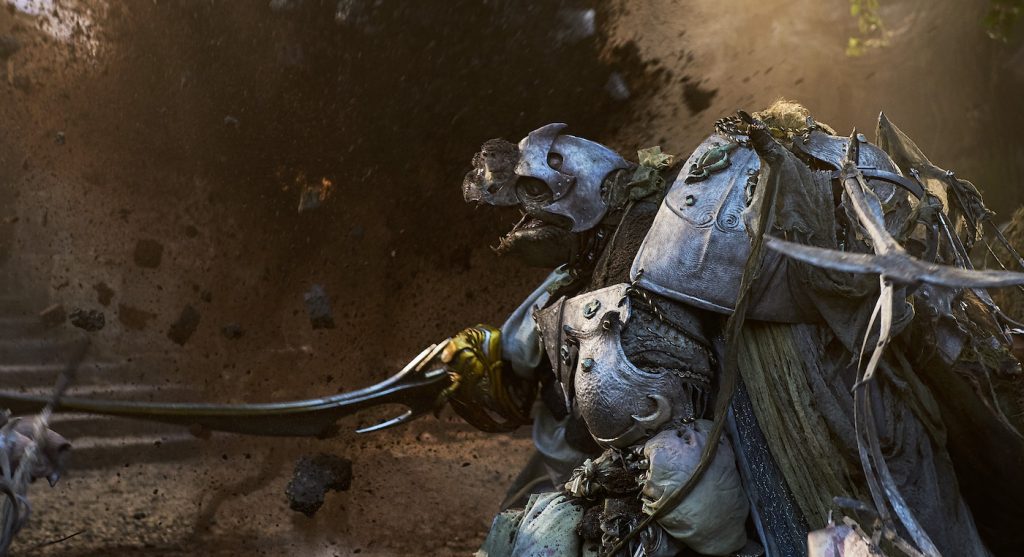 The last look we got at Netflix’s The Dark Crystal: Age of Resistance was during Comic-Con, when the upcoming 10-episode series was one of the buzziest titles in San Diego. Now Netflix has released a new trailer for us to feast our eyes on, and we’re no less excited about this return to Jim Henson and Frank Oz’s world of gorgeous puppetry and richly realized worlds, only now benefited by fresh technologies and an incredible new cast.

Age of Resistance returns to the world of Thra, which was first glimpsed in Henson and Oz’s classic 1982 film The Dark Crystal. “When three Gelflings discover the horrifying secret behind the Skeksis’ power, they set out on an epic journey to ignite the fires of rebellion and save their world,” Netflix shares in the synopsis. Those three Gelfings are Rian (Taron Egerton), Deet (Nathalie Emmanuel), and Brea (Anya Taylor-Joy). Age of Resistance is a prequel to Henson and Oz’s film, following our three heroes as they try to make their way through the magical world of Thra, which is controlled by the evil Skeksis.

The new trailer once again boasts the series’ gorgeous blend of puppetry and CGI. This mix of practical and special effects looks not only stunning but singular, promising a new kind of experience for Netflix viewers far too young to have seen, let alone heard, about Henson and Oz’s original. The Dark Crystal: Age of Resistance is a 10-episode series, spearheaded by director and executive producer Louis Leterrier.