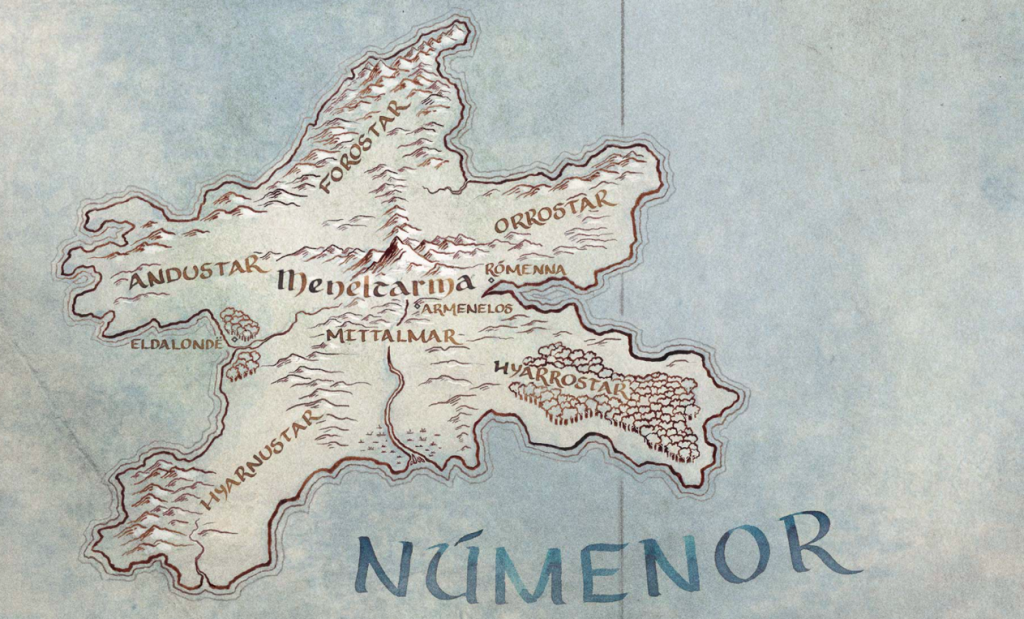 It’s been a hot minute since word got out that a Lord of the Rings series is coming to the small screen, but when exactly this show would take place in J.R.R. Tolkien’s fantasy world has been a mystery to everyone. Amazon started teasing the show’s location on social media channels last month, releasing bits and pieces of an interactive map of Middle-earth to hungry fans. It was widely believed the show would focus on a young Aragorn, played by Viggo Mortensen in Peter Jackson’s award-winning film adaptations. After Thursday’s latest post, it’s all but confirmed that he will not even be born yet in this story. For the new show, we will be time traveling back into the Age of Númenor.

The show’s official Twitter account shared the big news on Thursday, with the message “Welcome to the Second Age.”

Welcome to the Second Age: https://t.co/Tamd0oRgTw

Why is this a big deal? The island of Númenor was wiped off the face of Middle-earth at the end of the Second Age, thousands of years prior to the events of The Lord of the Rings. This means Amazon is going into uncharted territory, before any stories from Tolkien’s popular novels.

So many things occurred during the Second Age that impacted The Lord of the Rings. In Peter Jackson’s The Fellowship of the Ring, it all leads to the great battle of Elves and Men on Sauron’s swarm in Mordor. In the end, Sauron is defeated and loses the One Ring, which concludes the Second Age, but there was so much that happened between the forging of the Rings and Sauron’s first defeat.

There’s a lot to explore and the company is spending big bucks on the project: an estimated $500 million, according to Reuters. This would make Amazon’s Lord of the Rings adaptation the most expensive TV series ever created.

If you’re a diehard LOTR fan and are anxiously hoping for leaks about the show, you’ll be sorely disappointed. Amazon Studios is taking great lengths to keep everything under wraps.

Production hasn’t even started for the new five-season Lord of the Rings series, and a cast is still being assembled, but expect the series to debut on Amazon Prime in 2021.

Featured Image: Lord of the Rings. Via: Amazon Studios

TAGSAmazon Studios Lord of the Rings