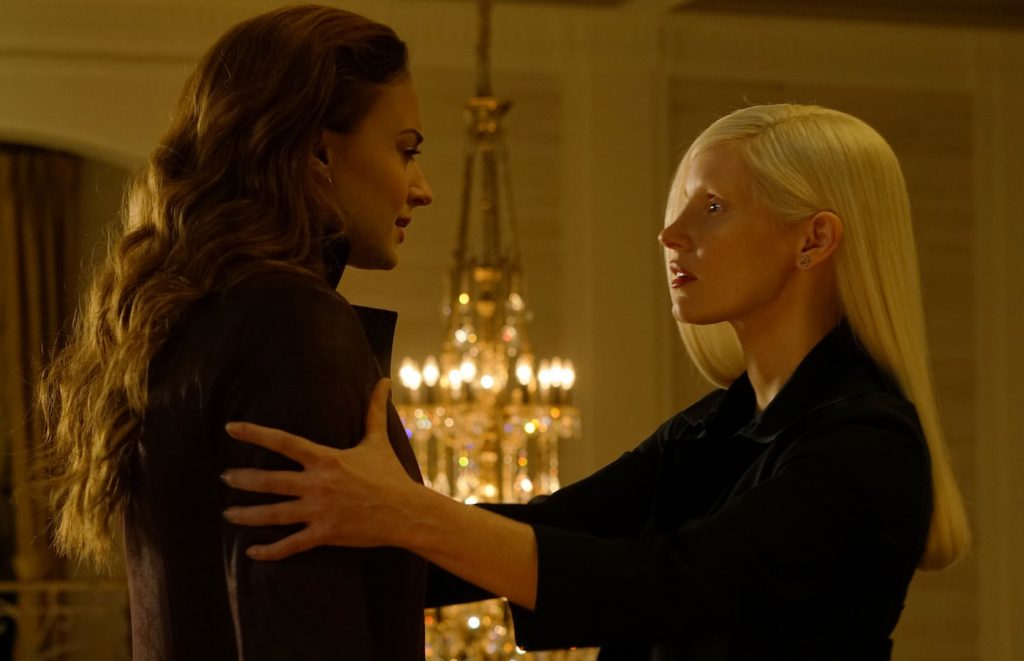 The first trailer for Simon Kinberg’s Dark Phoenix did a great job reminding us why the X-Men were the gold standard for superhero films for a long time. The X-Men have been around on the big screen a lot longer than the Avengers, and unlike their superhero brethren, who have more or less been greeted by humanity as rock stars (Tony Stark), gods (Thor) and patriots (Captain America), the X-Men have long been outcasts. They’ve been defending humanity despite humanity’s deep distrust of them (a point Magneto is forever making), and have long had to fight not only supervillains but the people they’re saving and themselves. Many of the X-Men are deeply conflicted characters, but none are as dangerously unstable as Jean Gray (Sophie Turner), who transforms into the titular Dark Phoenix in Kinberg’s upcoming film. Yes, the cinematic superhero world is dominated by the MCU, of which the X-Men are not a part (despite being Marvel creations), but our first look at Dark Phoenix offers a good reminder of what’s been special about the X-Men movies, with an explosive and highly compelling central character in Turner’s Jean Grey.

Dark Phoenix is based on the storyline from the “The Dark Phoenix Saga” by Chris Claremont, Dave Cockrum, and John Byrne, which they wrote in 1980. In this story, Jean Grey takes on the Phoenix Force, which imbues her with powers so potent she can barely contain them. Grey is ultimately turned evil by the Hellfire Club, which brings out the titular Dark Phoenix within her and makes her the X-Men’s most lethal foe. While Kinberg’s film won’t be following that storyline to the letter, the trailer clued us in on how closely aligned the film is to that overall arc, with Jean Gray struggling to both contain her power and decide which team—the X-Men or Magneto’s mutants-first gang of villains—she truly belongs on.

Towards the end of the trailer, we glimpse Jean in a state of terrifying transformation. There could be an interesting argument to be made, once we see Captain Marvel, which Marvel character is the most powerful—the fighter pilot/turned half-Kree superhero, or, Jean Gray. The trailer ends with Gray’s face literally cracking apart as she transforms into the Phoenix. What’s wild is this isn’t even Jean’s most powerful form. Writer/director Kinberg had this to say to Empire about this moment:

“That’s not maximum [Phoenix]. That’s a two or a three on the Dark Phoenix spectrum. It is a manifestation of her transformation from the Jean we know into Phoenix. Over the span of the movie, we see different symptoms or iterations of that. The lines on her face let you know that Jean is losing control, and that force inside her is trying to escape, push through, take over. Those cracks are almost as if something inside her that’s more powerful than she is trying to push out of her body.”

Dark Phoenix will clock Jean’s growing power, and we’ll see this play out not only in her interactions with her former allies (like mentor and father figure Charles Xavier) but also on her physical form. If Jean’s face cracking towards the end of the trailer is not maximum Phoenix, what kind of form will she take when she’s fully inhabited by that power?

Dark Phoenix takes place nine years after X-Men: Apocalypse, and while Jean was the hero in that film, the trailer for Dark Phoenix made clear that the X-Men will be faced with a challenge possibly beyond their abilities; Jean Gray herself.