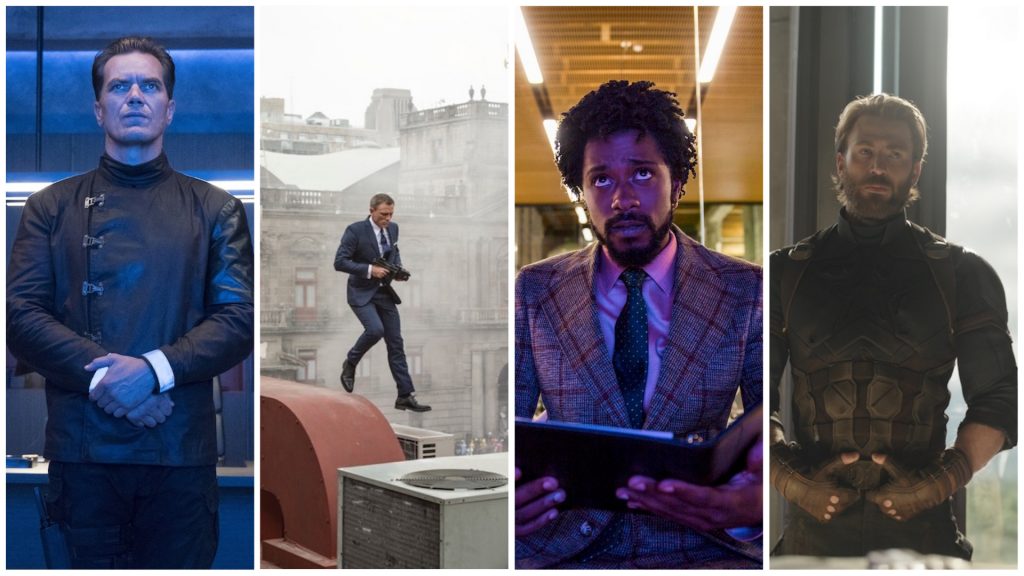 Before writer/director Rian Johnson was known for Star Wars: The Last Jedi, he had already directed two really fantastic capers. The first, his impressive 2005 debut film Brick, was a black-and-white noir mystery set in a California high school starring Joseph Gordon-Levitt as a teenage loner who infiltrates the murky underworld of a criminal syndicate run by his classmates. His third film, the sci-fi crime drama Looper, gave us a future world in which the target of a mob hit is sent back in time where a hitman awaits—until the target of this “closing of the loop” is the hitman himself (with Gordon-Levitt and Bruce Willis playing the young and old versions of the hitman Joe). While Johnson dramatically increased his profile by stepping into the high-pressure world of writing and directing a Star Wars film (actually, he’s now heading up an entirely new trilogy—the guy can apparently take the heat), he had already made two really smart capers with great casts. For his next non-Star Wars film, Johnson is returning to the murder mystery genre with Knives Out, and he’s got a cast that’s getting better by the day.

Knives Out is being described as a classic Agatha Christie whodunit-style mystery, which is right in the auteur’s wheelhouse. While that’s all we know about Knives Out‘s plot, we do have some casting news. Deadline reported that Sorry to Bother You and Atlanta star Lakeith Stanfield has joined James Bond himself, Daniel Craig, and Captain America, Chris Evans. Meanwhile, Variety reports that they’ll be joined by Michael Shannon, one of the best character actors in the business, who has recently been in HBO’s Fahrenheit 451 and played the heavy in last year’s Best Picture Winner The Shape of Water.

It sounds like the plan will be to start filming in November before Craig has to return to Bond at the start of 2019. While no studio is currently attached, that will definitely change once the film is shopped to potential buyers.