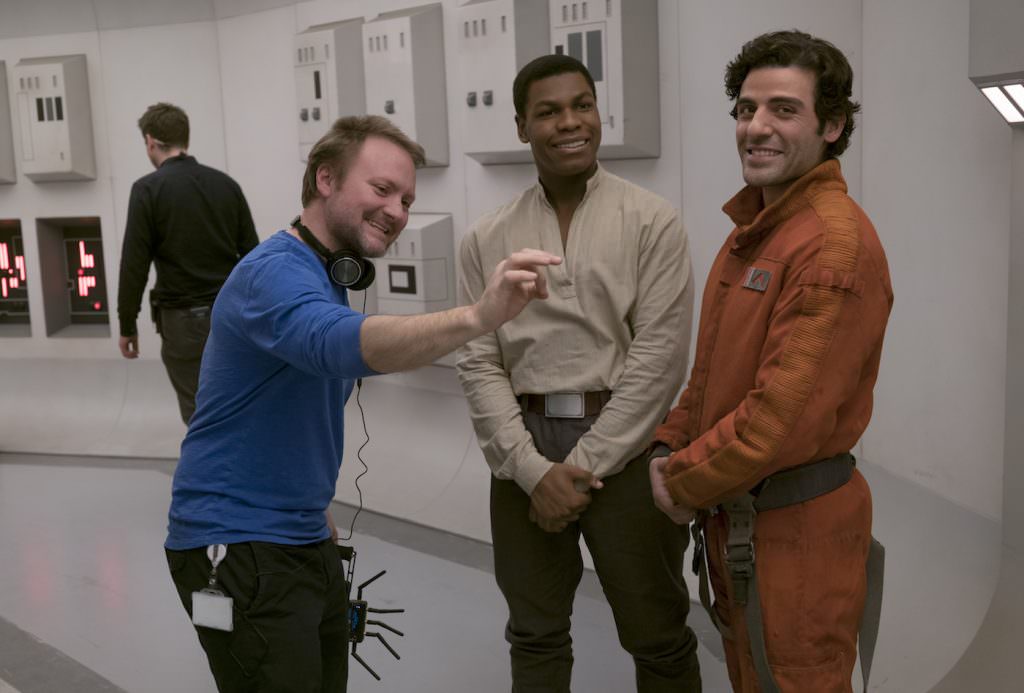 In the midst of a storm of insane news yesterday, none of it any good, a burst of pure light was released by Lucasfilm, courtesy of StarWars.com; The Last Jedi writer/director Rian Johnson will be creating a brand-new Star Wars trilogy. Let that sink in for a moment. Johnson will be writing and directing the first film in the trilogy, and will be overseeing all of them with his longtime producer Ram Bergman. The trilogy will be separate from the 9-film Skywalker saga, introducing us to new characters, new locations and brand new adventures. The implications for this are myriad, and while more details will surely surface in the coming days and weeks, let’s quickly do our best to unpack what this means.

You don’t have to take our word for it, either:

“We all loved working with Rian on The Last Jedi,” Lucasfilm president Kathleen Kennedy said to StarWars.com. “He’s a creative force, and watching him craft The Last Jedi from start to finish was one of the great joys of my career. Rian will do amazing things with the blank canvas of this new trilogy.”

We all know that things have hardly been as smooth on other Star Wars projects, from Rogue One to Solo: A Star Wars Story to Episode IX. Clearly Kennedy and the Star Wars brass believe Johnson is the future of the franchise. It also means that however high your expectations are for The Last Jedi, they should probably be ticked up a few notches. Lucasfilm would not be handing over a huge portion of the future of the most lucrative franchise in film history to someone who they believe didn’t just deliver an absolutely fantastic film. The Last Jedi will tell us a lot about what the future of Star Wars looks like.

Johnson has the chops

If you’re new to his work, we suggest you start where he began, with his debut film Brick, a black-and-white high school noir starring Joseph Gordon-Levitt. It’s an astonishing achievement, especially for a first film, so filled with creative chutzpah you’re immediately aware you’re in the presence of a special talent.

Before The Last Jedi, Johnson only had three films under his belt as director, including Brick, and Brothers Broom, while ambitious, was his only true misfire. Yet his third film, 2012’s sci-fi head-spinner Looper, was yet more proof he’s a true auteur with vision to spare.

While Rogue One was a lot of fun, with arguably the greatest final 20 minutes in any Star Wars film (we said arguably), and we’re very much looking forward to Solo: A Star Wars Story, what the franchise truly needs is a clean slate for someone of Johnson’s talents to create from, something completely unconnected to the Skywalker saga in any way.

Watching the Skywalker saga come to a close in the final trilogy has been both thrilling and reassuring. J.J Abrams’ The Force Awakens introduced us to a slew of new characters we genuinely care about, and Johnson’s The Last Jedi looks poised to take the stories of Rey (Daisy Ridley), Finn (John Boyega), Poe (Oscar Isaac) and Kylo Ren (Adam Driver) and put them into overdrive. It’s no small feat that these characters have gripped our interest so effectively, filling the near impossible expectation of grabbing us the same way Luke, Leia, Han and Darth Vader did. That gives Episode IX the chance to be an overwhelming coda to 9 films worth of the Skywalker saga, a historically massive cinematic achievement that has followed the story of a single family and their galaxy changing history that began with George Lucas’s game changing Star Wars: Episode IV – A New Hope in 1977. The Skywalker saga literally changed the medium.

With that said, it’s time to move beyond the Skywalker saga, and perhaps, the entire superstructure of the storyline, including Jedis and Sith Lords, the Force, lightsabers and X-Wings, Tie Fighters, Death Stars, Wookies (we’ll always love you, Chewie) and everything else that we immediately associate with Star Wars. There are limitless possibilities to explore (no medium as is malleable as sci-fi), and there is no law that states that every Star Wars film needs a Stormtrooper. Nor does every new Star Wars film even need to be an action-adventure film. Imagine what Johnson could do with a Star Wars detective story, for instance? While messing around with genre will likely be left to the stand-alone Star Wars films of the future, Johnson still has a chance to take us in unexpected directions, using the wealth of talent he possesses and that of the people he’ll surround himself with to give us brand new characters, worlds, and sci-fi magic to fall in love with. Remember, everything we love about Star Wars was brand new at one point, something we’d never seen before—Johnson now has the opportunity to give us that thrill again.

“We had the time of our lives collaborating with Lucasfilm and Disney on The Last Jedi,” Johnson and producer Ram Bergman said in a joint statement. “Star Wars is the greatest modern mythology and we feel very lucky to have contributed to it. We can’t wait to continue with this new series of films.”

The final note is perhaps the most important one when it relates to the potential success of the new trilogy; everyone seems to really like working with Rian Johnson. As the late, great Carrie Fisher said: “He has flaws in other areas, I just don’t know about them.”

Johnson himself is well aware of the task at hand: