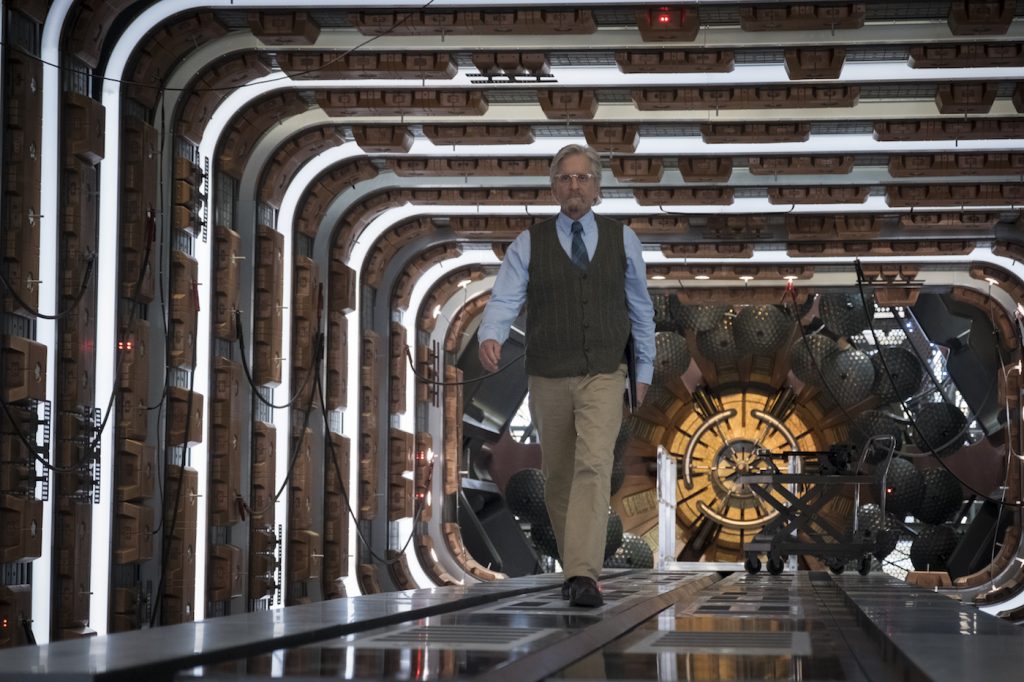 Ant-Man and the Wasp had some crazy visual effects elements. People were changing sizes, changing ages, and floating through walls. Oh yeah, there were also giant worker ants. Scott and Hope inhabit the most fun little corner of the MCU. The VFX team can go wild on the more experimental features and Marvel Studios’ VP of Visual Effects, Danielle Costa, breaks it all down for WIRED.

The real coup here is that much talked about de-aging of Michelle Pfeiffer and Michael Douglas. These are obviously two enduring legends with Hollywood good looks, but Marvel still needed to roll back the clock 30 years to believably place them in the 1980s. The reel stops on a shot of Douglas and layer for layer shows just how they stripped away decades on the actor. This glimpse gives us real hope for what is to come with the “young-ifying” as Costa calls it. The next actor to get a digital face lift will be Samuel L Jackson in Captain Marvel.

One of the key ingredients of this film was seeing Scott and Hope change sizes during fight scenes. The team integrated practical and CGI effects to maintain fidelity in the sizes of different objects. Costa said they were careful to make sure the audience didn’t question that the action was happening on the same plane and all of the objects were interacting with each other.

Ghost (Hannah John-Kamen) was a really unique character here for the fact that she wasn’t really solid. To really pull that off, the VFX team was integrating not only the choreographed sequence but also use ancillary takes around it to blur her in and out and get those halo effects.

These highlights really just scratch the surface of what this movie pulled off. Costa also discusses the design between The Wasp’s final costume, making those giant ants look real, and the famous water scene where Scott reached 60 feet. Considering all effects were practical just a few decades ago, it’s truly amazing how far we’ve come and everything that was combined to bring this one movie to the screen.

Ant-Man and the Wasp is available on home video now.