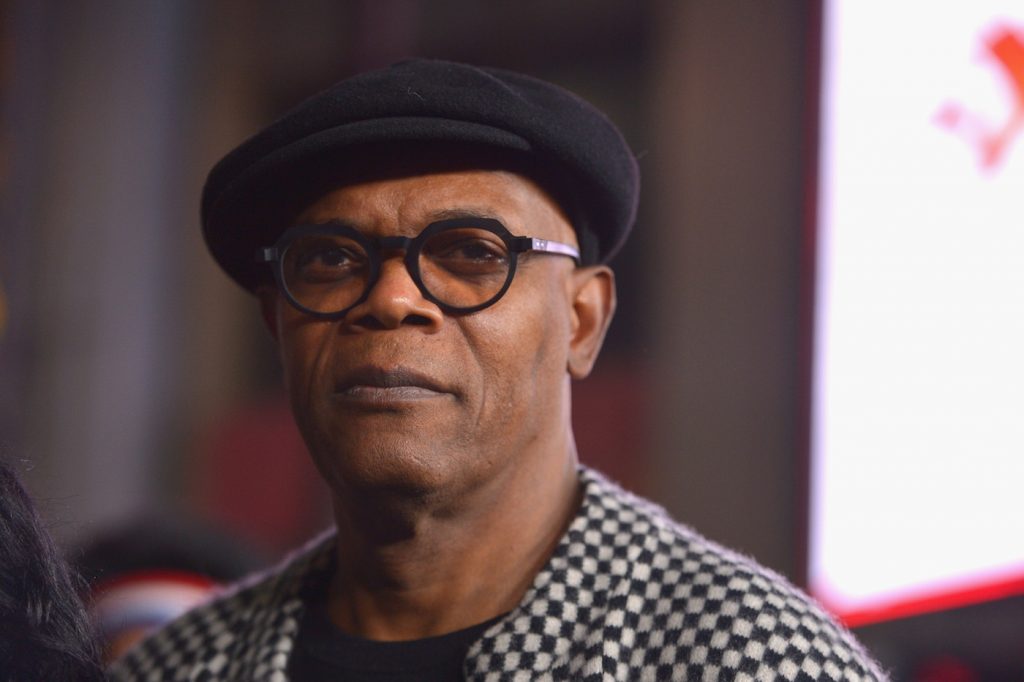 The Incredible De-Aging of Samuel L. Jackson in Captain Marvel

Yesterday we shared the first batch of Captain Marvel photos (courtesy of Entertainment Weekly), which offered our first look at Brie Larson and her co-stars in the highly anticipated upcoming film. The film is set in the 90s and tells an origin story (of sorts) of how Larson’s Carol Danvers became Captain Marvel, arguably the most powerful superhero in the Marvel universe. Because of Captain Marvel‘s 90s setting, we’ll be seeing a bunch of old friends (and enemies) from past MCU films—many of whom are no longer with us (cinematically speaking, thankfully). These include bad guys Korath (Djimon Hounsou) and Ronan the Accuser (Lee Pace), two Kree villains who featured prominently in Guardians of the Galaxy. For the good guys, S.H.I.E.L.D. Agent Coulson (Clark Gregg) returns (he died in the first Avengers), and S.H.I.E.L.D. head honcho Nick Fury (Samuel L. Jackson), who (Infinity War spoiler alert!) perished in that film’s epic post-credits scene. The 90s setting also meant that Marvel would have to digitally de-age these folks, and in the case of Jackson, the results are frankly incredible.

This isn’t the first time Marvel has de-aged characters to astonishing effect. Recall in the opening of Captain America: Civil War, Tony Stark (Robert Downey Jr.) shows off one of his new technologies to a crowd of MIT students—the ability to relive painful moments and work through them (often by changing what you said and did) via a holographic simulation of the past. In his presentation, we see Tony Stark as a college student, and he looks, well, exactly like a college-aged Robert Downey Jr. It was impressive. Yet that scene was only a few minutes long—for Captain Marvel, Nick Fury needs to be a young Nick Fury the entire time, and from this image Jackson shared on his Instagram feed, it looks as if the digital wizards working on Captain Marvel have done Tony Stark one better. (Also, Fury’s got his eye back!)

Wow, this Marvel de-aging thing is doper than I thought!#twoeyedfury#captainmarvelmovie

Digital studios have gotten scary good at this sort of thing, including (to many people’s eternal chagrin) recreating people who have died and putting them in films. This was what happened in Rogue One when the great actor Peter Cushing appeared in the film in his famous Star Wars role of Grand Moff Tarkin—22 years after he died. Marvel de-aging Samuel L. Jackson by a decade or two seems, in comparison, not so wild, but it does lend a little credence to some of the fears that one day, we may not need human actors at all.

Yet the robots and avatars haven’t taken over…yet. We’d like to believe that no matter how many insane leaps technology makes, there’s never going to be a program, simulation, or avatar that could replace someone like Jackson. But shave a few years off him? That’s a feat we’re happy to live with.