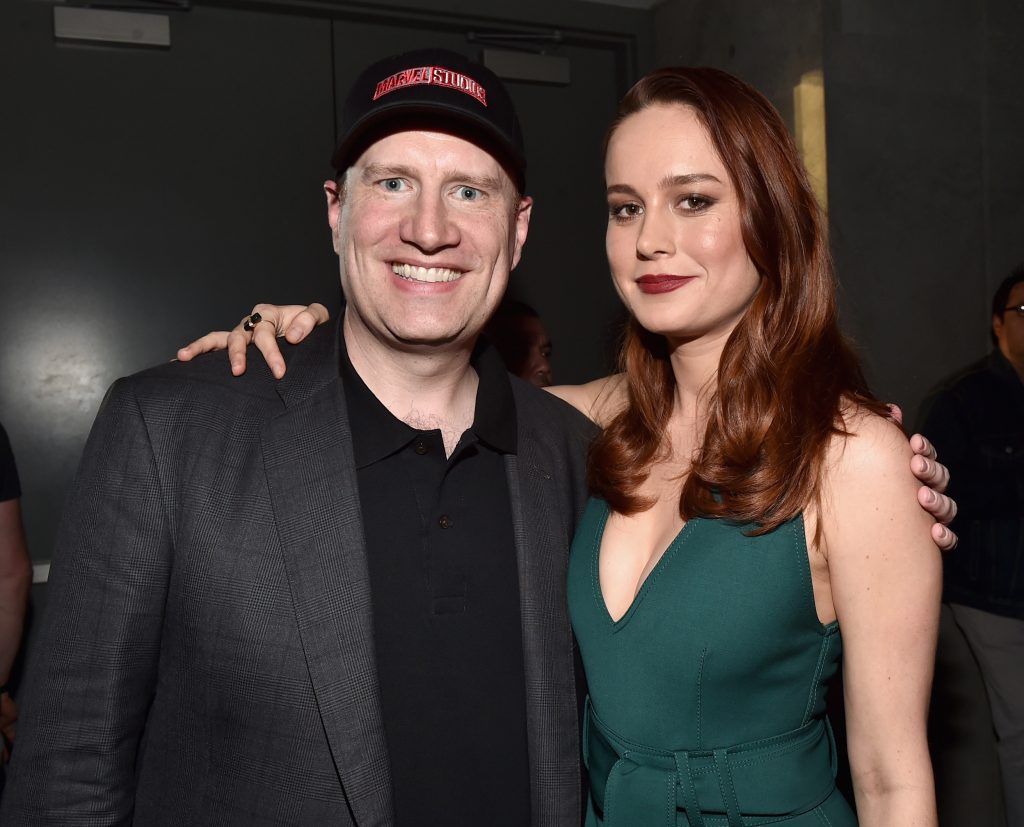 Captain Marvel will finally introduce us to Brie Larson as Carol Danvers. She’s one of the most exciting new additions to the MCU on the horizon, but she’ll share the screen with some familiar faces. Captain Marvel is set in the 1990s allowing for S.H.I.E.L.D. Director Nick Fury (Samuel L. Jackson) and agent Phil Coulson (Clark Gregg) to appear in the film nearly 20 years prior to Loki killing Coulson in The Avengers. However, the question remains as to how Jackson and Gregg would look 20 years younger.

/Film put the question to Marvel president, Kevin Feige. He seemed to confirm that the de-aging effect used for Michelle Pfeiffer in Ant-Man and the Wasp would be used in future films. The upcoming film that it would make most sense for would be Captain Marvel. He then went on to mention Jackson and Gregg by name.

Well, I think having the option is pretty amazing.  And I think having the technology and even without spoiling anything, Sam Jackson is shooting a movie for us right now that takes, where he’s entirely 25 years younger the whole movie [Captain Marvel].  So that’ll certainly be the one–

And Coulson.  So that’ll be the first one where it’s a character for the whole movie, as opposed to a glimpse at a certain period of time.  It’s the whole movie.  So it’s possible, assuming that works.  It’s possible. It’s very good when you are starting by the way with somebody like Michelle Pfeiffer or Michael Douglas or for that matter Sam Jackson or Clark Gregg.  All four of them–

Michelle Pfeiffer in Ant-Man and the Wasp is definitely a promising example as she looked totally fabulous. That said, the woman hasn’t aged in 30 years anyway, so it might not be the most drastic example. My trust in the approach lies in a much earlier Marvel film.

Remember sickly and slender Steve Rogers? A Blu-Ray featurette from Captain America: The First Avenger revealed that Chris Evans acted the role and was digitally slimmed down. The crew discussed using a body double or an entirely CGI Evans, but they ultimately settled on the digital approach. Slenderizing and de-aging may be apples and oranges, but Evans’ entire body and face shape were changed in really convincing ways. As Feige points out in the featurette, that’s the way the character appeared for a good third of the film. Captain America was released in 2011 and VFX improves hand over fist every year.

Larson wrapped shooting over the weekend, which means post-production is right around the corner. I’m sure Marvel has done all kinds of tests for the technology, but they will soon know for sure just how well the plan is coming together. The rest of us will have to wait for the trailers to drop late this year or early next year.

Captain Marvel is due to hit theaters March 8.