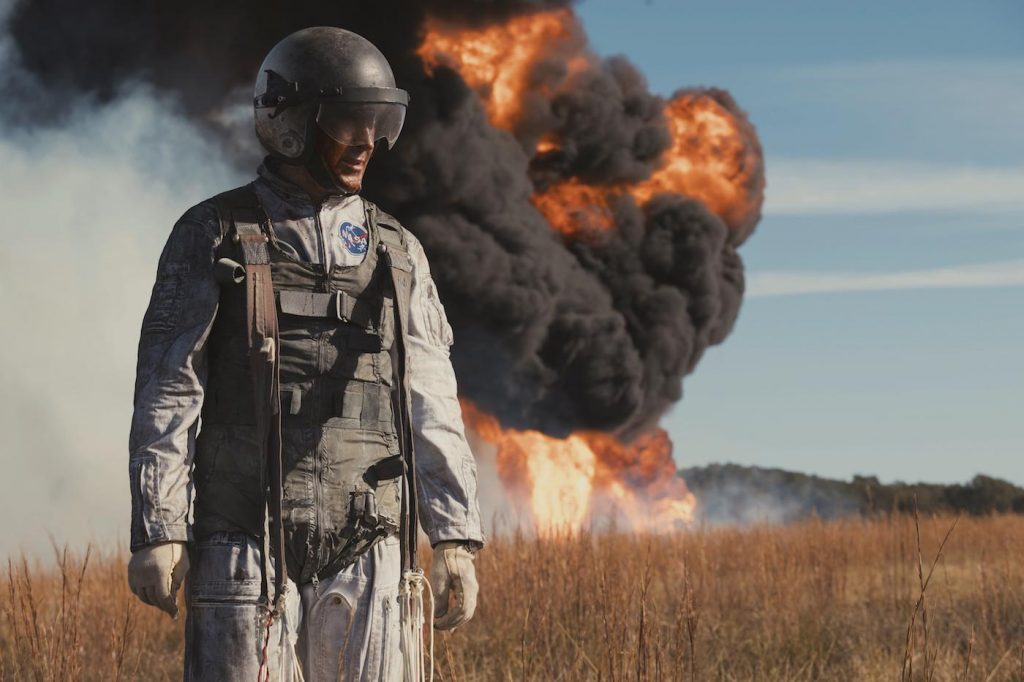 Screenwriter Josh Singer didn’t realize it at the time, but great things were just around the corner in 2014 when he and director Damien Chazelle first brainstormed their First Man movie about Apollo 11 astronaut Neil Armstrong’s historic 1969 mission to the moon. “It was actually a pretty low point for me,” Singer recalls. “The Fifth Estate, which I wrote, had come out and not done well at all. Spotlight had a big actor attached and then he went away, so we had no cast to speak of.” But after Singer saw Chazelle’s indie breakthrough Whiplash ahead of its commercial release, he eagerly met with the director. “Damien pitched this rough idea of how hard and terrifying the NASA space mission was, and I suggested, ‘What if we added these notions of loss and tragedy?'”

A few weeks later, Chazelle and Singer sold Universal Pictures on their idea. Chazelle went off to direct La La Land, for which he won an Oscar, while Singer earned an Academy Award for co-writing Spotlight. Singer then spent most of the next four years digging through mountains of research to fact-check action sequences and make sure each line of dialogue in his First Person screenplay chimed with the ring of truth.

“Even for a research nut like me, it was a lot,” says Singer, who relied on First Man: The Life of Neil A. Armstrong author Jim Hansen to put him in touch with numerous former NASA experts who’d witnessed Armstrong’s missions first hand. To re-create the bone-rattling test-flight sequence that opens the movie, Singer says, “Jim set me up to go to Edwards Air Force Base, now Armstrong Flight Research Center, where Neil flew the X-15 in 1961. They had transcripts of the flight and a map with altitudes that were reached. I also talked to the engineer Gene Matranga, who worked with Neil hand in glove. He gave me a sense of why they loved Neil so much and what he was so good at. And that was just for the beginning.”

Singer vetted his early drafts with former NASA flight trainer Frank Hughes. “He’s still sharp as a whip, so Frank would walk me through every action sequence four or five times,” Singer says. “I’d read all the Apollo Lunar Flight Journals and the Apollo Lunar Surface Journals, which have transcripts and describes everything that happened. So I’d tell Frank, ‘Here’s the rough draft, what do you think?’ Then I’d make adjustments and go ‘Okay now let’s sit down in front of the console and talk about what the astronauts are actually doing at this moment,’ and we’d adjust a little bit more. There were mountains of very dense information, so a big part my job was becoming fluent in these subjects so I could parse it all.”

As he shaped NASA’s space mission into a technically accurate narrative, Singer faced an additional challenge: Neil Armstrong, a taciturn Midwesterner from Ohio, did not like to talk about his feelings. “As Jim Hansen says in his book, Neil was a tightly packaged man,” Singer notes. “He could talk a blue streak about engineering stuff, but emotionally, he’s pretty contained. Within those limitations, we had to show emotion through action rather than words.”

Case in point: In First Man, when Ryan Gosling’s Armstrong learns over the phone that three of his best friends have died in a pre-flight test, he barely says a word. “I originally wrote that Neil slammed the phone down on the receiver until the handle breaks but when I showed that to Jim Hansen, he was like ‘Neil would never do that.’ To show what’s going on beneath this calm, stoic surface, I came up with this idea that Neil squeezes the glass in his hand so hard that he breaks it and doesn’t even realize what he’s done.”

Armstrong demonstrated remarkable grace under pressure on all of his missions, but events leading to Apollo 11’s “One giant leap for mankind” moon landing came at a high price. Singer says, “The whole point of this movie is that great things do not come easy, they come hard. People die. We fail. We lose machines. In that sense, it was fairly brutal. As a result, First Person is not an easy movie because these guys are suffering and we’re trying to make you feel it. But it makes the journey even more of an achievement once they finally get there.”