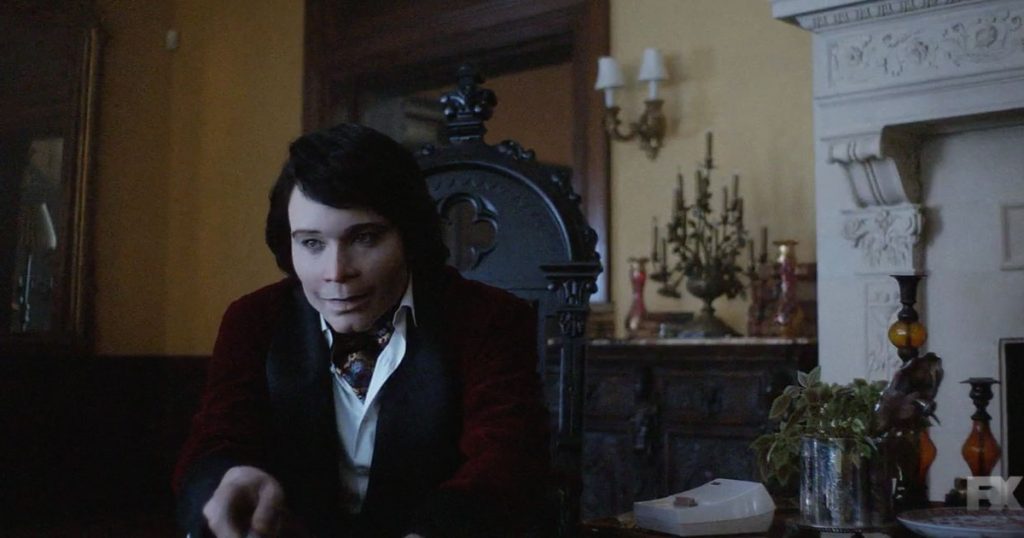 Atlanta has been one of TV’s most reliably original shows for the past two years. Donald Glover’s trippy, brilliant exploration of the story of Earnest Marks (Glover) and his cousin Alfred (Brian Tyree Henry)’s attempts to make a name for themselves in Atlanta’s thriving hip-hop scene has created some of the most indelible sequences and moments in TV since the show burst onto the scene in 2016.

In Atlanta’s two-season run (recently picked up by FX for a third season), there might not be an episode more emblematic of the show’s creative daring than the sixth episode of season two, “Teddy Perkins.” In the episode, Darius (Lakeith Stanfield) heads to a mansion to grab a free piano he’d learned about via a message board advertisement. There, he meets Teddy Perkins (played by Glover), an exquisitely creepy man whose bizarre claims and behavior subtly shift what’s usually a surrealist comedy into horror. The 41-minute episode aired without commercial breaks and is considered one of the best in the show’s award-winning run.

Formosa Group’s Supervising Sound Editor, Trevor Gates, knows a thing or two about working on groundbreaking material. He worked on Jordan Peele’s Academy Award-winning horror Get Out, so he was uniquely qualified to take Atlanta into a brand new direction with “Teddy Perkins.” His craftsmanship on the episode recently earned him an Emmy nomination.

“The main challenge for the sound department in this episode was to make this a really quiet episode,” Gates says. “The horror/thriller genre, unlike the rest of the series, required us to create silence so that we could drive the tension between Darius and Teddy Perkins.”

A common misconception about the sound in a film or an episode of TV is that what you’re hearing was recorded on set during filming; this is rarely the case. Gates and his team do a lot of sound creation, so what you end up hearing—the creak of floorboards with every nervous step, birds in the trees, distant car alarms—are all part of the sonic environment he creates during post-production. For an episode like “Teddy Perkins,” much of the creep-factor was built by Gates in what you can, and cannot, hear throughout the episode.

“So much of what you hear in the episode was fabricated,” Gates says. “Doors opening, footsteps walking into an empty house, all the spaces in the house. We’re crafting a sonic experience to coincide the visual experience that you’re seeing.”

You might think that silence would be an easy thing to create—it’s one of the hardest parts of a sound editor’s job. Gates explains that silence is not the absence of sound, it’s the isolation of sound. This is why effective thrillers and horrors, from his work on Get Out to John Krasinski’s sound-centric A Quiet Place to “Teddy Perkins,” often deploy silence to isolate one or two sounds meant to maximize the viewer’s distress.

“We have to make some specific choices about how we want to create this perceived quietness in this large house that doesn’t have a lot going on,” Gates says. “How do we make these long stretch scenes quiet, but also give the audience something to drive them through with the dialogue? We gave this house a feel, a tone; it was like third air inside the house with no air conditioning, one very specifically crafted sound that helped us hold these long dialogue scenes in this quiet house.”

Gates and his team had to make sure that the silence that permeates the episode is broken apart by timely bursts of distant noise or muffled noise. As Darius moves through Teddy Perkins’ creepy mansion in search of the piano’s owner, a musician named Benny Hope, Gates layered in sounds like birds outside at precise moments, to break apart the otherwise sarcophagi feel to the mansion.

“There was a couple of variations to prepare this world of sound,” Gates says. “One was in the basement in Darius when he discovers Benny in the wheelchair. We wanted to build a world around Darius as he’s traveling through this basement, so we created sounds we may not see, but you’d hear in a house like that—water running through pipes, a ticking water heater—which slows down the pace ever so slightly. It was a really fun experience crafting the pacing of those sounds with no visual bearing.”

Gates also had talented foley artists creating sounds for him. A foley artist will perform sounds with various props and gadgets to recreate the sounds you should hear in a given scene. For “Teddy Perkins,” this meant recreating the sound of Darius getting handcuffed to a chair, as well as a burst of gunfire.

“The Foley team had to be really sharp,” Gates says. “We wanted a high level of detail to make you feel like you’re in this space, to make you feel this threat of the handcuffs going on, and the gun going off, and the weird sound of the wheelchair moving and squeaking. “

Working on a series like Atlanta means that Gates and his team have to create a world of sound on a very tight schedule. They typically get two or three days to create an episode’s entire sound catalog. The team, which includes dialogue editors, the foley artists, and sound mixers, all need to be in lockstep. For “Teddy Perkins,” they created a longer-than-usual episode, which clocked in at 41-minutes. The results spoke (and, crucially, often didn’t speak) for themselves.

“I’ve predominately done features and a lot on the indie scale, and the indie budget is not very high, so I’ve had to figure out ways to make things work,” Gates says. “I feel like the skills I’ve learned over the last six years, and a hundred movies I’ve done has really set me up to be able to do some really good work in a short period. I will say of all the projects I’ve done, there’s a couple of things that make me love my job, one is building great sounds, and two is building great relationships with great people. I’ve met a lot of people, and I think Atlanta is probably one of my favorite projects to date. Both the content and the people.”