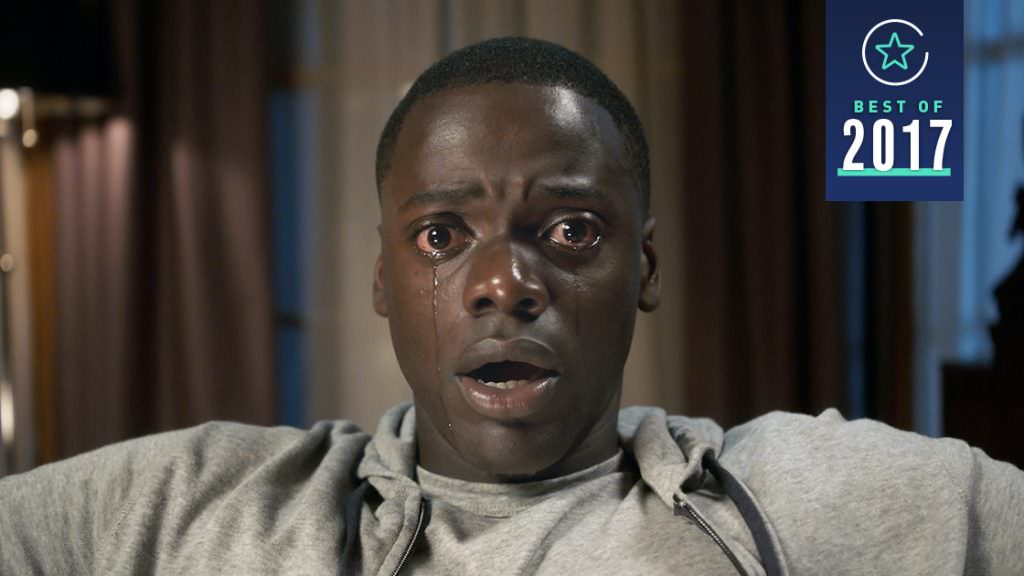 From the moment the first trailer for Get Out dropped, we knew this was going to be something special. We were beyond excited to see comedy genius Jordan Peele (Key & Peele) take on a horror movie and the final product exceeded all our hopes. Get Out travels from poking fun at the insecurities of race relations in America to dramatizing the terror of racism in a way that has critics becoming philosophers as they try to unpack Peele’s genius for tackling sensitive subjects with humor, horror and intelligence.

Australian cinematographer Toby Oliver wasn’t familiar with Peele’s humor, but after reading the script, he knew the story of Get Out would resonate with audiences. Oliver masterfully framed the psychological thriller that gripped audiences with a whiplash of perfectly placed laughs and scares. His work skillfully lulls the audience into a false sense of security until it’s too late to realize you’re already in “the sunken place.”

We spoke with Oliver about Get Out’s timely social commentary, setting the scene of the beautifully creepy Armitage estate, creating the nightmarish moments with Walter and Georgina, and more.

Tickets were sold out for four showings the night I went, and I got lucky when they added a 5th showing. Why do you think there was such a huge response to Get Out?

I think it’s really so much about the timing of a movie like this. The social issues and the race issues in the movie are points of discussion today, politically. It’s also a really well done piece of entertainment. It’s a horror movie, it’s got a great cast and crew and a terrific script. People know Jordan from his comedy work. Now he’s doing something really quite different. And I think all of those things together somehow have created this perfect storm that make people really want to see the movie that everyone’s talking about. It’s hard to quantify what’s going to be a successful movie. You put all those elements in there and hope for the best.

What attracted your attention to work on Get Out?

The movie holds true to Jordan’s script that I read when the movie was in early prep. It’s one of those scripts where you read it and, coming from Blumhouse, you obviously know it’s going to be horror or a thriller, but it really was intriguing. I didn’t know that it was going to have all those elements in it. It’s set up like a Meet the Parents kind of scenario, but actually it turns out to be more of a psychological thriller and then develops into a horror. So it really has a unique journey with unique themes that we don’t see very much in the horror genre. It’s by no means a typical horror movie. Get Out has a strong social commentary that’s being wrapped up inside a horror movie storyline. That makes it, to me, completely unique, and gives the movie a lot more gravitas. It gives the movie a sense of being a powerful story that needs to be told. Sometimes horror movies are really there to be entertainment for a couple of hours and then that’s kind of it. Get Out is not that kind of movie. It carries a lot more weight. 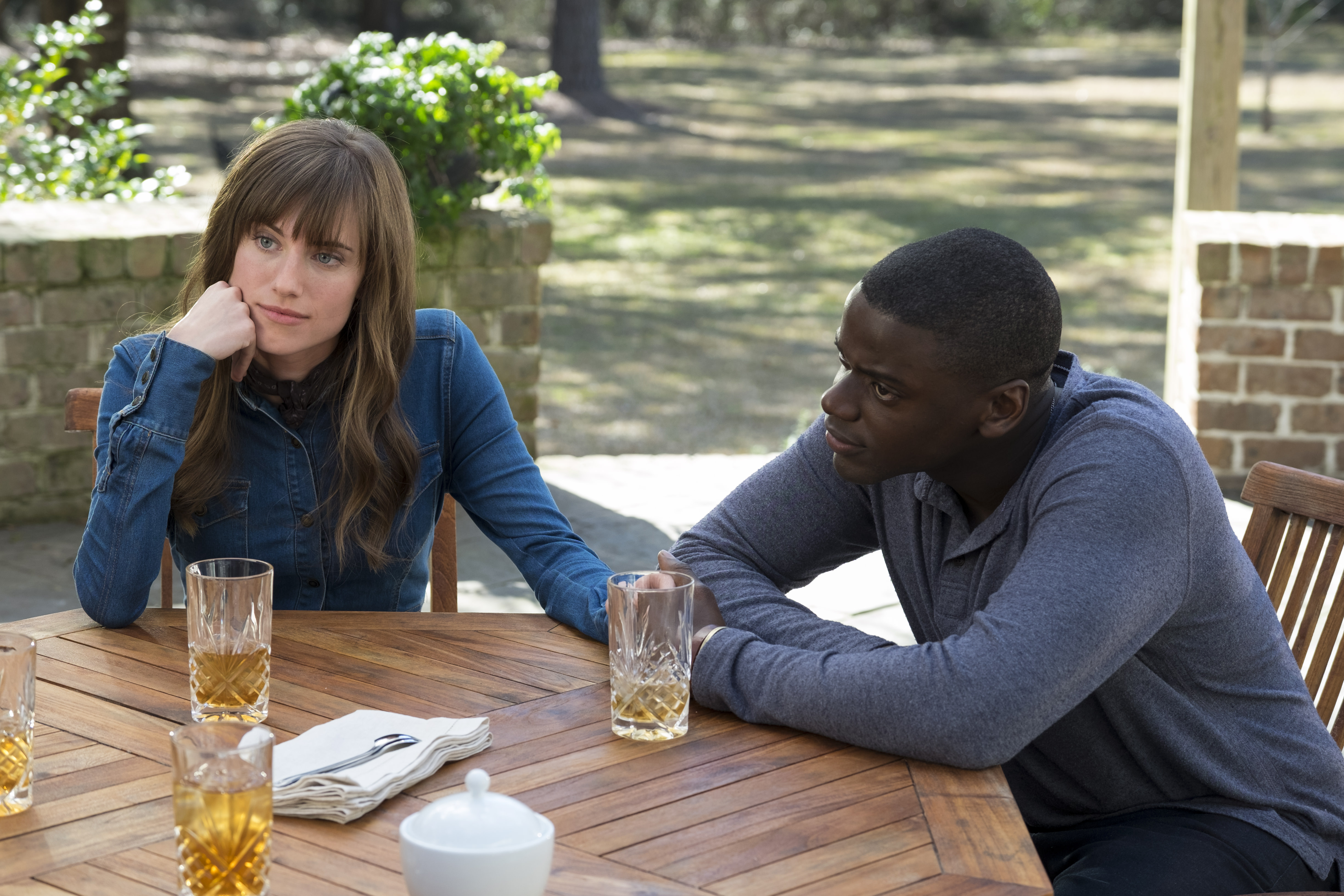 When we arrive at the Armitage estate, it’s a beautiful summery day. Why didn’t you decide against the usual foreboding of a house of horrors?

That was really deliberate. That’s an idea that we talked about in pre-production before we even got anywhere near the set. We really wanted Chris’ world in the city to feel really natural and real and when they arrive at Rose’s estate, it would be very warm, a golden glow to the outside and also the inside of the house. It would feel very inviting and very welcoming. When the parents meet him on the doorstep and invite him in and show him around, everything feels nice and inviting and friendly, and we want to reflect that in the color and the lighting. Underneath, something very weird and strange is going on, which Chris slowly starts realizing. The color and the light lull the audience into a false sense of security. We sort of push that all the way through the party scene to the auction scene.

Not long after Chris and Rose arrive, the place feels totally creepy. How did you achieve that without the rain and thunder and darkness we’re used to seeing in horror films?

We didn’t want to arrive at the house and have it look like a real spooky haunted house that was a scary, rainy, dark sort of place. They were the complete opposite, making him feel at home and a part of the family, since he was going to be a part of the family. And a different part of the family later on. Certainly after the scene that night when he tries to leave and says, “Rose, we’ve got to go,” and she can’t find the keys. That’s when we started playing around with the lighting and starting to make it creepier. Rose is trying to find the keys and Bradley Whitford’s character, is at the fireplace with this creepy fire reflection in his glasses and there’s a weird light coming from below. It’s little cues like that that start creeping you out. At that point, Chris really knows he’s got to get out. This whole family is really crazy. I started playing around with the lighting from that point on and it swung over to more of a horror movie-type feel.

The nighttime scene between Chris and Walter was so startling without making us feel like they were stumbling in the dark. How were you able to do that scene?

Even when it’s supposed to be dark and scary, I’m trying to capture a certain sense of beauty, even though it might be a terrifying beauty. The script didn’t really call for him to be stumbling around in complete darkness. It wasn’t quite that kind of a horror movie. I actually decided to use colors. I had some special gels that I put up on the lights we were using to light up the estate. We used cyans and greens to give the light a slightly unusual texture and tone, and then it’s just finding the right places to put the light. For the Walter scene, we had a very large lamp way off in the distance pushing through the trees so that when Walter is moving toward Chris, he’s sort of weaving in and out of the shadows as he was coming toward him. You couldn’t quite be sure who he was until he got up close. That was something that I decided to do very early on and it ended up working pretty well. 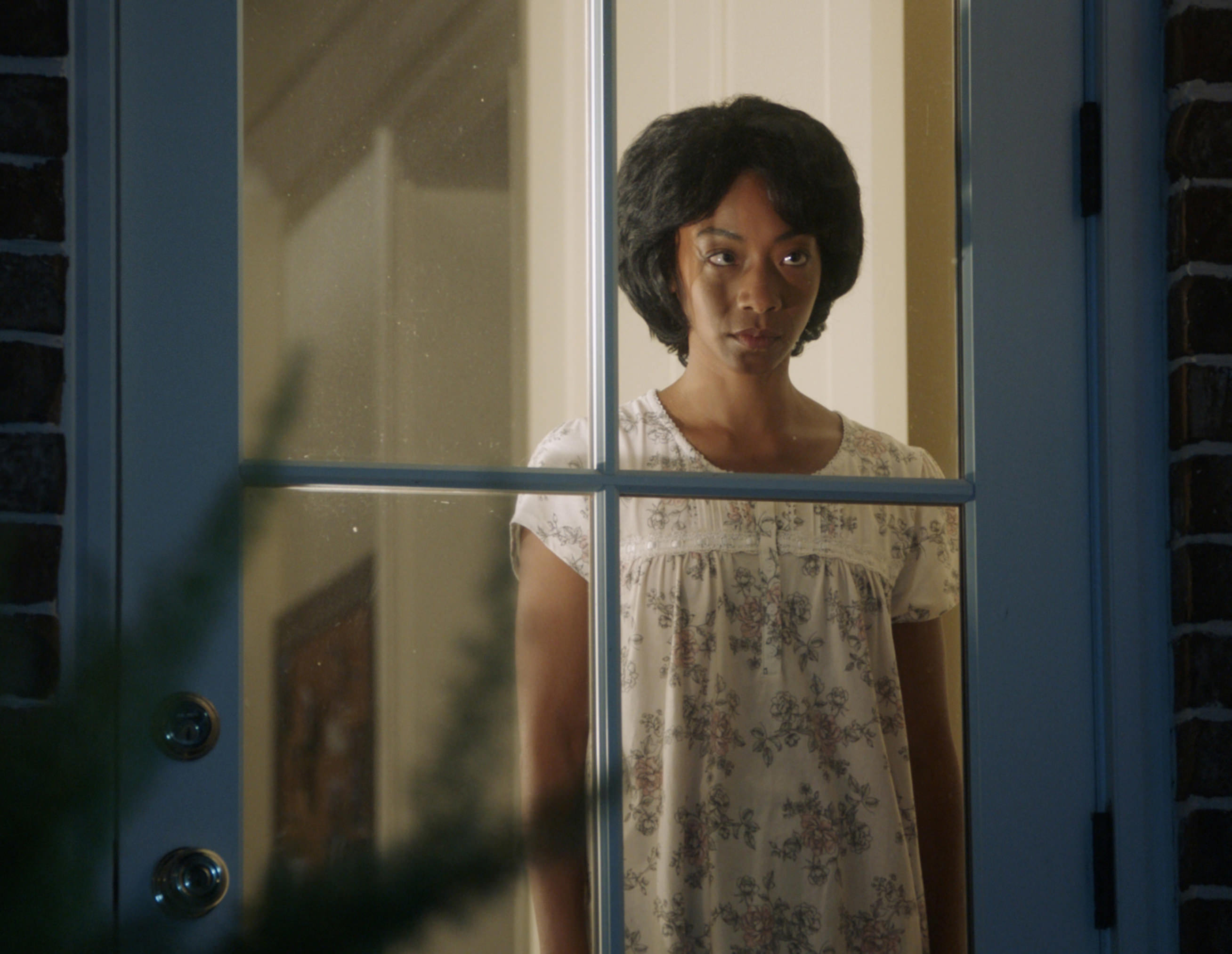 Betty Gabriel as Georgina in Get Out. Photo Credit: Universal Pictures

What type of lenses were you using? There were some really cool and creepy shots like the scene between Chris and Georgina.

We had a set of zoom lenses, which is what Jordan wanted to use. When things were getting weirder or some of the characters were behaving a bit strangely, like Georgina, I let the camera push in quite close to her face and used a wider lens than you would normally use on a close-up. That scene in the bedroom when she unplugs Chris’ phone and slowly walks toward him and starts almost bursting into tears in an internal struggle is a really intense scene. We ended up shooting it with the camera literally inches away from her face, moving back as she’s slowly moving forward toward him. We used that method a few times during the movie when things are getting really strange. We used it when Chris is strapped into the chair in the games room. We pushed the camera quite close onto his face as he realizes this nightmarish world he’s in. It puts the audience in a slightly uncomfortable position. The audience can sense how close you are to the actor, to the character. It’s a bit more intense than just shooting it in a standard sort of way. Tools of cinematography are used like that when it’s appropriate, but I always like to make sure that when you do things like that it’s fully motivated and justified by what’s happening in the story or happening to the character.

TAGSBest of 2017 Cinematographer Get Out Profile