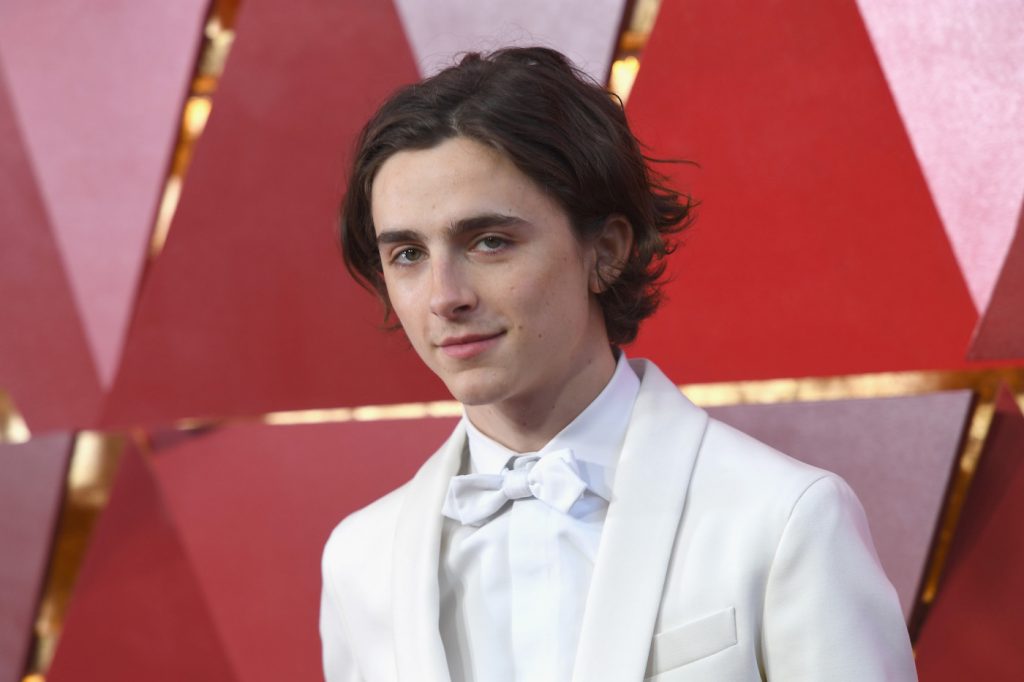 This is one of those perfect potential marriages of director, actor and material. Arrival and Blade Runner 2049 visionary Denis Villeneuve is taking on a fresh adaptation of Frank Herbert’s legendary sci-fi novels (and subsequent 1984 David Lynch film) Dune. Now Deadline reports that Oscar-nominee Timothée Chalamet is in talks to star in the film. Chalamet had a monster 2017, co-starring in Call Me By Your Name (for which he nabbed the Oscar nom), as well as a role in Greta Gerwig’s Lady Bird. In Villeneuve’s Dune, the young star would be taking the role of nobleman Paul Atreides, played by Kyle MacLachlan in the Lynch film.

Villeneuve had been in talks to possibly director James Bond 25 (Danny Boyle is now helming the next Bond film), but now it looks like he’ll adapting the sci-fi epic for Legendary, which acquired the film and TV rights to Herbert’s novels in 2016. Here’s a brief synopsis of Dune‘s plot:

It is set in the far future involving worlds beyond Earth, ruled over by competing feudal families who control access to a drug called Melange. Known popularly as “spice,” the drug gives its users heightened consciousness and an extended lifespan at the cost of crippling addiction and fatal withdrawal. Spice, use of which makes interstellar travel possible, is found only on the desert planet of Arrakis — aka “Dune” — and as such is the most valuable commodity in the galaxy.

Lynch’s Dune included some memorable moments (lots of people’s most vivid memory is of Sting’s knife wielding Feyd Rautha). Next came Alejandro Jodorowsky’s attempt, but he never ended up completing his film. Yet it was beguiling enough to warrant a documentary, Jodorowsky’s Dune, which tracks the director’s doomed attempt.

Chalamet would be a big time addition to the cast. He’ll next be seen in another adaptation, the highly anticipated Beautiful Boy, which is based off a set of father-and-son memoirs by David Sheff and his son Nic. David’s memoir, “Beautiful Boy,” and Nic’s, “Tweak,” look at Nic’s crippling drug addiction from both father and son’s point of view. Chalamet is once again garnering Oscar buzz for his performance. Turning to taking the lead role in a massive sci-fi project like Dune would be a major step, and something of a risk, but he’s certainly got the chops to pull it off. Villeneuve is nothing if not ambitious, and he’s more than proven he can take on difficult, and in the case of Blade Runner 2049 iconic material, and pull it off. This would be a great union of talents and material. Making a new Dune is far from a layup, but then again you don’t want talented filmmakers going for layups. We’re intrigued to see where this goes.