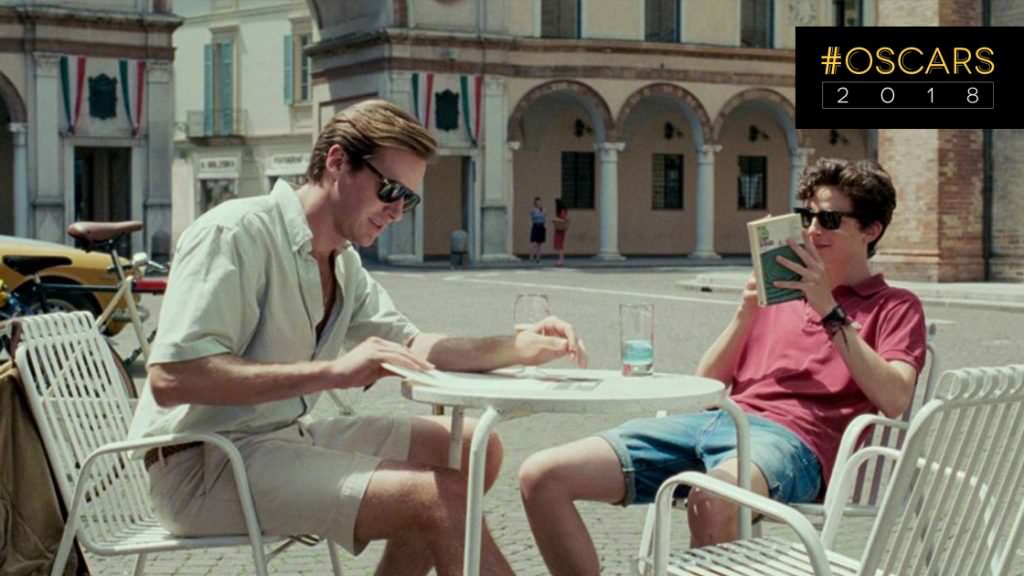 What Mercedes is to cars and Tiffany is to diamonds, Merchant Ivory is to art-house films. The brand whose heyday was in the ‘80s and the ‘90s with such titles as A Room With a View, Howards End and Remains of the Day still is synonymous with tony period pieces, top-of-line acting and a story often adapted from a literary source that engages both the head and the heart.

Indian-born producer Ismail Merchant died in 2005 at the age of 68. But his partner both in life and in work, James Ivory, 89, is carrying on their traditions as the producer and screenwriter of the romantic coming-of-age story  Call Me by Your Name (opening Nov. 24). Based on the novel by Andre Aciman and directed by Luca Guadagnino (A Bigger Splash),  the lushly erotic reverie set in Northern Italy in 1983 recounts the sexual awakening of a 17-year-old (Timothee Chalamet) who lusts after his family’s college-age summer boarder (Armie Hammer). The heat is definitely on, especially in a scene that does for peaches what American Pie did for baked goods.

As Ivory revealed during a post-screening Q & A at Virginia’s recent Middleburg Film Festival, where he received a Legacy Award, people were curious about the sequence that was already notorious  in book form. “Everyone who knew that I was involved in this would say (he whispers), “What are you going to do about the peach scene?”  I said at one point, “I don’t know. Maybe we don’t have to have it.” They said, “No, you have to have it.” I realized that we did have to have it. Well, I dealt with it when we got to it.“

The filmmaker’s adapted screenplay is deemed likely to attract awards attention – sexy fruit scene and all. Here he talks about his body of work with both Merchant and  screenwriter Ruth Prawer Jhabala  (who died at 85 in 2013), collaborating with Guadagnino and more.

How does it feel to have your name and Ismail’s forever associated with a certain type of movie?

Why not. That’s OK with me. Sometimes it’s applied to films that we would not have made or I wouldn’t want to have made.

I checked how many Academy Awards your films have won over the years and found out they collected a total 31 nominations shared by seven movies and won six. That is quite an accomplishment.

That includes one nominated film that was not a Merchant Ivory film. It’s one that Ismail made before he even knew me, an Indian documentary short that’s basically a dance film called The Creation of Woman (1961).

You were up for director three times. I am hoping you might finally get one outright for this script. It is always better to win one than to get an honorary Oscar.

You know what they say. People who actually win Oscars live longer than those who just get nominated.

You are already ahead of the game, then. You have a new collaborator with Luca. I Am Love I liked because I will watch Tilda Swinton in almost anything. But I was nuts for his A Bigger Splash.

I really like A Bigger Splash. It had the same kind of European cynicism that someone like Billy Wilder had. That was refreshing.

I admire directors who know how to portray lust without making the audience uncomfortable. Luca really gets that.

What I put on the page was more, but they just didn’t have time to develop things sometimes. They were on such a shoestring.

How did you and Luca become a team?

I was already involved in the project as an executive producer. And they could never find a director and it turned out that Luca was interested in doing it. He said, I’m told, it would be better if the two of us directed it together. Which was a good idea, since I don’t speak Italian. At that point, I said OK. I had never directed a film with anybody but I didn’t see why I shouldn’t try. Might be good. But then I said I wanted my own screenplay. And that’s what I did.

You didn’t go to the set in Italy when they were filming.

I was several times in Italy before the shoot.

What kind of guy is Luca? What moments did he capture that you had in your head most pleased you?

He is a very direct movie maker. And the things I liked best were things I hadn’t had in my head. Like the scene where Elio (Chalamet) is staring into the fire at the end. I wrote a different ending but I much preferred what he did. That’s a killer.

You haven’t had a film come out with your name on it in seven years or so. Why did you take such a break.

The last one I directed was The City of Your Final Destination. But I was already involved in Call Me by Your Name as the executive producer. Then they asked me to get creatively involved. They took advantage of me.

This is not your first film to feature a male couple. Maurice came out in 1987. It introduced most of us to Hugh Grant. Was there any pushback at that time?

There never was. There is also a male couple in our last film, The City of Your Final Destination. Anthony Hopkins and his Japanese boyfriend. An older man and younger man.

With A Room With a View, you gave a boost to both Helena Bonham Carter and Daniel Day-Lewis early in their careers.

She had done one film before that didn’t do well and he was just starting out,

We all thought the gay-themed Brokeback Mountain would win best picture after it came out in 2005. But the voters did not seem ready to do so.

But they did go for it with Moonlight.

Since you made inroads, these kind of stories  are regularly embraced by movie audiences and the public in general. How is Call Me by Your Name different than what we have seen already?

It is interesting that the younger man came to a breaking point. He couldn’t go on any longer without announcing his love. That hasn’t been seen before. He’s the most vulnerable yet he is the first to declare his love. I think that is unusual.

Also the way you portray Elio’s father’s reaction. Just his concern and care with the words he choose and he is glad his son went through this. In 1983, not even Boy George had come out.

The first public figure to come out was Ellen DeGeneres on TV.

The way Michael Stulhbarg performs that speech is beautiful and moving.

I didn’t know him as an actor. The part of Elio’s dad was very hard to cast. That was a part that was shopped around and shopped around. Nobody wanted it. A lot of guys don’t want to play a part when they are father to a grown-up. It ages them. 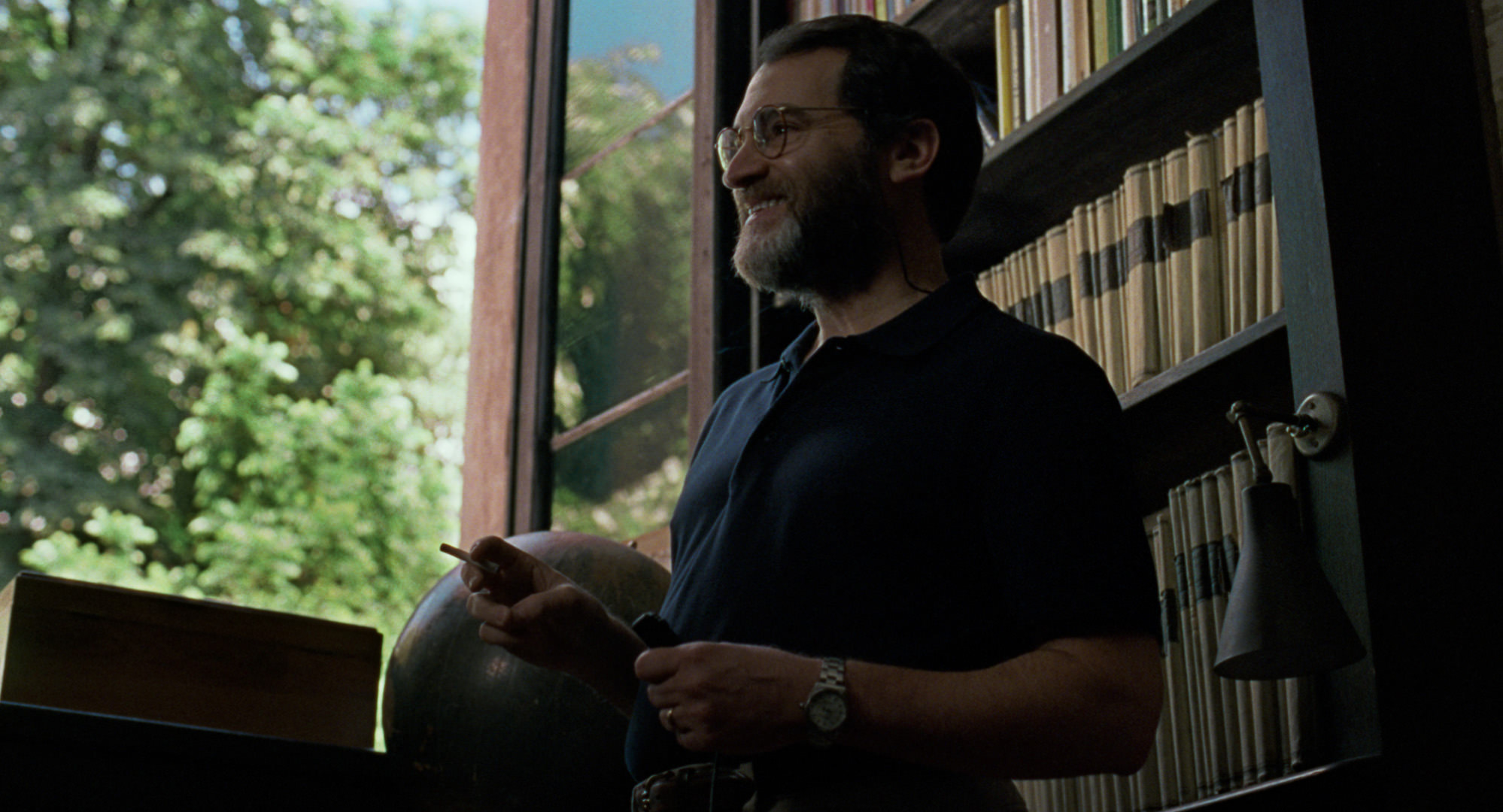 You are 89 now. You have been making films for over 60 years?

You still love it?

I’m ready to do it again. I’m mostly writing. This, that and the other. I’m attempting to get a Shakespeare film made that I want to do. I am interested in making Richard II. We have a great script and a great cast.

Are you doing funny things with the time period?

Indie films came of age when Merchant Ivory became an established entity. Is there something about the industry now that is better or worse?

I hear from people that there is a lot of interference all the time. And people who put money out for films feel think they can interfere a whole lot. That never happened to me.

Now with streaming, some day we may simply watch films on our wrist watches.

I won’t be around to see that development. But I am quite optimistic that films will get better. We have the most extraordinary means to show whatever we want in a film. There are fantastic developments. I believe that some filmmakers will come along that are great storytellers and they will make amazing movies.

Do you vote on Oscars. Do you see everything?

Yes. I try to watch as much as I have time to. I go to the movies a lot. A movie I liked very much this year  is Maudie.

We can look forward to seeing your Richard II then. Has it been filmed previously?

No. It has wonderful parts and  there’s marvelous poetry in it, but it just never has been done as a movie.

TAGSCall Me By Your Name Oscars Screenwriter Sony Pictures Classics