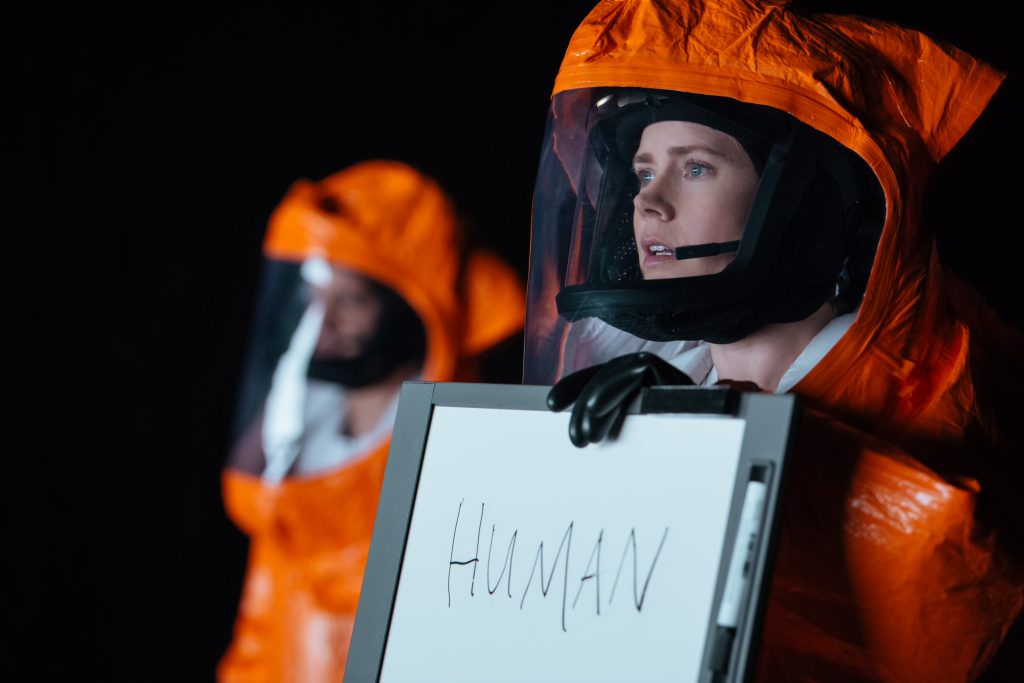 For sci-fi fans, there was something doubly wonderful about watching director Denis Villeneuve's Arrival; it proved that the most malleable of genres is still alive and well, and, confirmed that Villeneuve was absolutely the right choice to helm the upcoming Blade Runner sequel, Blade Runner 2049.

Ridley Scott's 1982 Blade Runner is one of sci-fi's most iconic films (coming just a few years after his equally iconic Alien), and when word spread that Villeneuve would be directing the sequel, fans of the original wondered what the director of the thrilling drug epic Sicario and mind bending Prisoners and Enemy might know about sci-fi. Then Arrival came out, and the question was no longer relevant—the film is that good.

Villeneuve had a lot of help on Arrival, of course, and one of the folks who made the film so sensational was screenwriter Eric Heisserer. And it was no small feat; not only was Heisserer adapting Ted Chiang's short story "The Story of Your Life," he was being tasked with making a film largely about communication and translation (from source material that goes deep on, among other things, determinism and the Sapir–Whorf hypothesis) as thrilling as possible. Heisserer succeeded.

"Adapting pre-existing work is both harder and easier," Heisserer says. "It's slightly easier because you have some material to fall back on and find some answers whenever you get in the weeds, but it's also harder in this case because you’re dealing with a lot of highly intellectual concepts in a story that also a very grounded emotional core. And trying to protect and preserve both while escalating the narrative and tension is not easy."

Arrival centers around linguistics professor Louise Banks (Amy Adams), who is summoned from her quiet, denuded life by the United States military (in the welcome form of Forrest Whitaker's Colonel Weber) after twelve massive spaceships touch down in locations across the world. Banks needs to try and decipher the aliens' language to determine what they might want, and she's on the clock; nations across the globe are panicking, and war is imminient. While we watch Louise and her team, including scientist Ian Donnelly (Jeremy Renner) try to unpuzzle the alien language, with Colonel Weber trying to buy her as much time as she can, we also get flashbacks of Louise's former life as the mother of a young girl. Her daughter eventually dies, her marriage dissolves in the aftermath, yet the longer Louise comes into contact with the aliens, the more intense these memories become.

"I started with what made me fall in love with the short story, which were the personal, emotional beats," Heisserer says. "I wrote that out as its own little piece, so all the scenes between Louise and her daughter, I wrote these first. They were all out of order, not placed in the proper places in the script yet, but I wanted to make sure that they worked."

This heartbreaking domestic drama, embedded in the thrilling encounters with the aliens and the race against time, make Arrival the kind of high-minded sci-fi masters of the genre, like Steven Spielberg and Stanley Kubrick, used to deliver. And the shape of the story is almost as elegant as the symbols the aliens use to communicate, one that Heisserer said went unchanged in two key parts.

"The first four and last four pages didn’t really change throughout the entire film," he says. "Once I had that down, and felt confident and there was a beating heart to the story, I tackled the bigger problem of Louise needing to decode their language."

Figuring out not only how to represent the aliens' language on screen, but how to show the way learning it effects Louise, was a major challenge. As Louise becomes fluent in their language, she begins to change.

"Louise starts to experience these little time fugues and replays these mometns with her daughter more and more as learns the language of the aliens. It gets more and more intense the closer to the third act you get, she gets a little more disoriented."

Heisserer needed to figure out how to depict their language on the page, not an easy task given the strictures of the format.

"I did something I’ve never done before with a screenplay—I had a lot of trouble coming up with an adequate description of the language," he says. "I got more novelistic, which is not good for a screenwriter. A good screenwriter is a poet, the fewer words the better, and I was clogging my page with scientific explanations. I complained about that with my wife [Christine Boyland, a TV writer herself], and she said, 'Just show me what you’re talking about. Don’t describe it for me, draw it.' So I drew a ciruclar symbol, and she said, 'Just put that in there instead.' I thought, you can’t do that! Can you? Screenwriting software had no option at the time for entering graphics, so instead I created six different circular hieroglyphics, then I manually put them in each draft. It helped clarify the alien aspect of it. That was the first iteration, it got more and more like a Rorschach ink blot option, as the VFX designer came up with that idea."

Telling a compelling story about linguistics is difficult, to say the least, even with the help of giant Heptapod aliens. Yet in Arrival, the race to decipher their symbols is satisfyingly tense and gorgeous. This was the product of a lot of false starts, and, talking to people who make their livings working with language.

"There was a lot of trial and error," Heisserer says. "Honestly there are some things that I had to embrace and lean into when I began to break down the linguistic side of the story, which is that sometimes it was just not sexy at all, but, it did what it had to do. My wife uses the term 'competence porn' when someone is very good at what they do, and demonstrating how and why something works. I myself am completely fascinated by linguists and the base structure and architecture of a language. I spoke with interpreters and linguistic professionals whose job it is to crack a language the way a cryptographer would crack a code."

Arrival functions as a warning, too, about what happens when we stop listening to one another, or, incorrectly gauge what someone (or something) is trying to say to us. In once such scene, Louise tries to explain this to Colonel Weber through a widely retold story, that of the origin of the word kangaroo.

"In an early test screening with language experts, when the kangaroo story started up I could see some people rolling their eyes," Heisserer says, "and then when Louise says that it’s made up, they all cheered. It was a fun moment."

One of the film's strengths is how fluidly it moves. The pacing is brisk, with nary an ounce of fat on the film. This was made possible, Heisserer says, by making sure there was some fat on the script.

"Here’s where my experience as a director kind of informed my writing process. I realize that to pace the story correctly, you have enough material to work with in the editing bay. So one of my promises to Denis was to write fat—meaning I was going to give him more material within every scene with the knowledge he was going to cut away 10% of everything. The draft he had was 125 pages or so, and there were plenty of lines he could then pull out. You never want to realize you don’t have enough material in post, because it’s incredibly to expensive to go back and do re-shoots."

It's impossible not to watch Arrival and marvel at how passionate the film is about the non-lethal side to alien encounters. It's the anti-Independence Day, and a cousin of another iconic sci-film; Spielberg's Close Encounters of the Third Kind.

"I’m an enormous fan of Close Encounters," Heisserer says. "It's my favorite Spielberg movie. I didn’t try to overtly lean towards it here, as my primary goal was to do justice to the author’s source material. I didn’t want to pollute it too much with my own influences, but I knew that was going to happen on a subconscious level. A desire to have another movie like that in this generation—yeah, that was motivating factor."