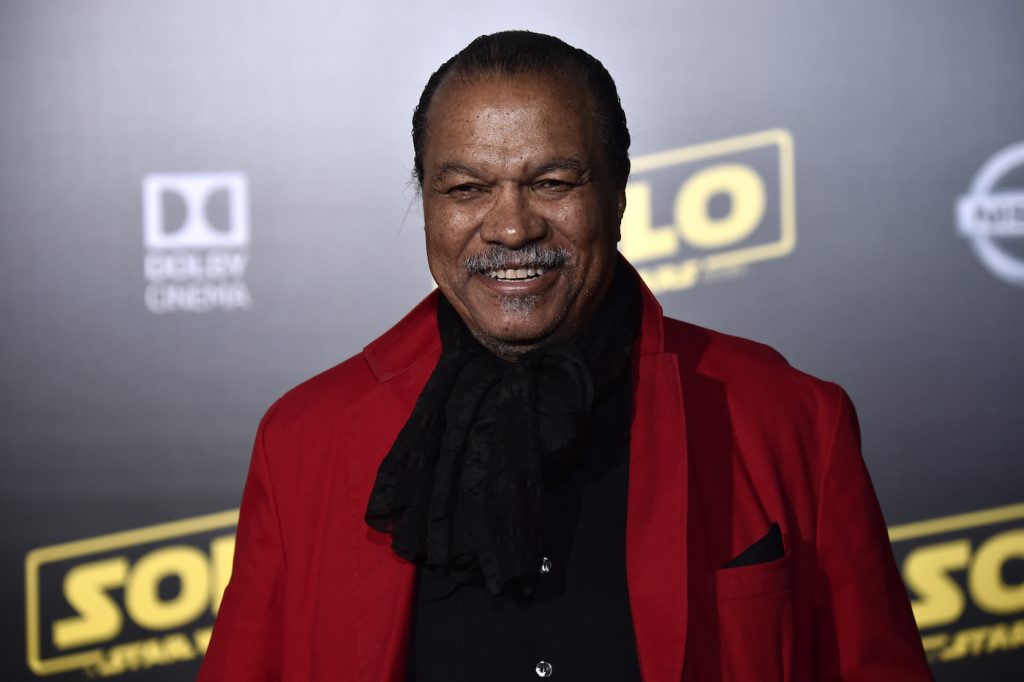 It was only this past May we got to see Donald Glover as the young Lando Calrissian in Solo: A Star Wars Story. Glover was exceptional as the young, sartorially sagacious smuggler, and now The Hollywood Reporter has confirmed that the man who made Lando a household name in the first place is returning to the Star Wars galaxy. Billy Dee Williams will be reprising his role as the man who gambled away the Millennium Falcon to Han Solo in J.J. Abrams Star Wars:Episode IX. The last time Williams donned one of Lando’s choice capes was 36-years ago, in 1983’s Return of the Jedi.

This report follows recent Episode IX casting news that Kerri Russell is also jumping aboard Abrams’ film. THR confirms that Williams involvement is official after rumors surfaced that he was coming back as Lando. Considering his old “buddy” Han was tragically killed in The Force Awakens by Kylo Ren, Williams’ will have plenty of emotional material to work with as the news will likely hit Lando hard. Production on Episode IX begins this summer.

Solo gave us a look at how Lando and Han met. (Spoiler alert). Their relationship, at least the early part, opened and closed with a game of sabacc. In their first game, Han quickly learned that Lando plays a little fast and loose with the rules (he hides cards up his sleeve). If Han could appreciate anything, it would be a fellow rogue gaming the odds in his favor. In the game of sabacc that ends the film, Han pilfers Lando’s secret cards without the intergalactic gambler and smuggler realizing it, and then in a moment that was a part of Star Wars lore but never seen until now, Han beats Lando, winning the Millennium Falcon in the bargain. The rest is galactic history.

Williams made the Lando role iconic nearly the moment he first appeared as the administrator of Cloud City in The Empire Strikes Back. Lando’s secret deal with Darth Vader is what gets Han frozen in carbonite, thus cementing (pun!) their rocky, every-man-for-himself relationship. Since he last appeared as Lando in Return of the Jedi, Williams has voiced the character in the Star Wars Rebels series, video games and more.

Episode IX is the official final movie in the epic, nine-part Skywalker Saga. Lando’s played a key role in the fate of not only Han, but Luke, Leia and the rest of the galaxy. He became something of a hero in Return of the Jedi, and he remains one of the franchise’s most beguiling, beloved characters. We learned in Solo that the Millennium Falcon’s onboard intelligence is actually Lando’s former droid (and love interest?) L3-37—considering Han’s gone, will the Falcon, and L3-37, finally be returned to Lando? We’ll find out on December 20, 2019, when Episode IX hits theaters.