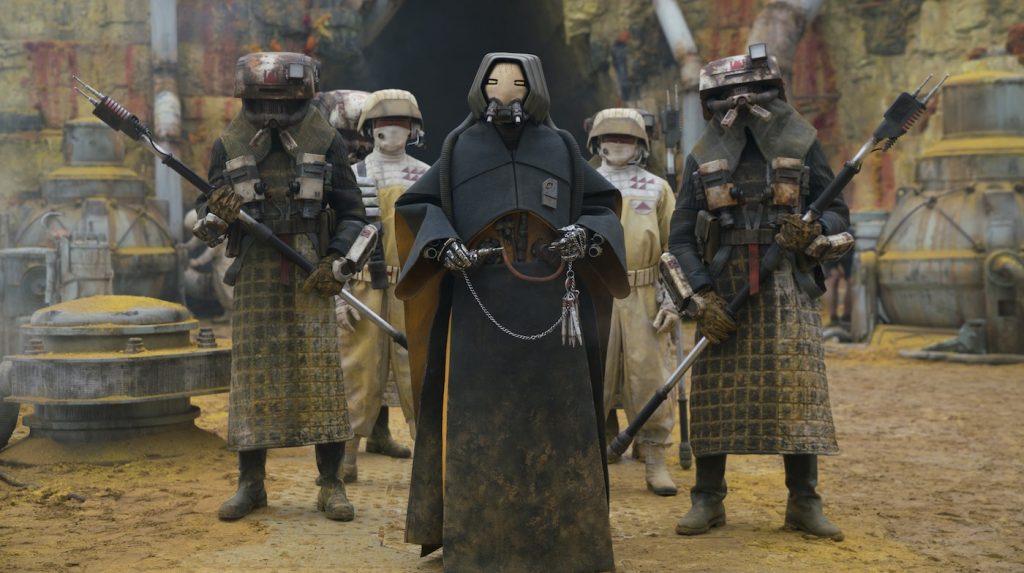 Solo: A Star Wars Story is finally here. After that much fretted over production and all the panting concern, Ron Howard’s film has seemingly done the impossible—told a ripping yarn about the young Han Solo (Alden Ehrenreich) that has earned praise from the critics and calmed the nerves of millions of Star Wars fans. We’ve interviewed Chewbacca (played by meticulous Finnish actor Joonas Suotamo), toured the Millennium Falcon with Lando (Donald Glover), and learned how Howard and the cast felt about tackling such an iconic character and a legendary franchise.

The wait is now over. Solo: A Star Wars Story is out and now it’s your turn to weigh in. In the meantime, we’re sharing 7 new photos that Disney just released, which highlight just how down and dirty things get in Solo. This is fitting, considering we’re watching how Han became the most famous smuggler in the galaxy. We particularly love the shot of the aliens playing sabacc, the very game Han beats Lando at to win the Millennium Falcon. You’ll also see in these photos how, in young Han’s world, the Empire’s control was a sad fact of life. This is what pushed figures like Han, Beckett (Woody Harrelson), Val (Thandie Newton) and Chewie into the underworld. Well, that and their love of risk and hatred of rules.

Check out the new photos below. Solo: A Star Wars Story is in theaters everywhere: