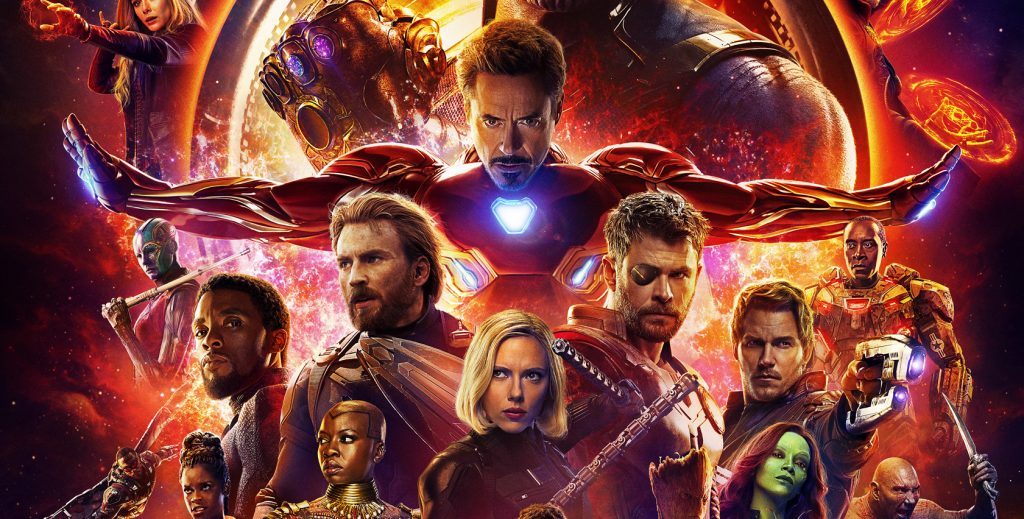 The history of the Marvel Cinematic Universe (MCU) is largely now a history of how the entire film industry has been changed in the last decade. Beginning with 2008’s Iron Man and carrying on with Avengers: Infinity War next Friday, April 27, Marvel has altered the cinematic landscape with their hugely ambitious interconnected world (okay, universe) of films. This feat has been discussed, at length, in countless ways and on countless forums, but to see it laid out in a single, 4-minute featurette still boggles the mind.

It was never a guarantee that the MCU was going to work. When Iron Man was released in 2008 through Paramount, it could have been a modest success and perhaps spawned a sequel, but in order to kickstart the grand ambition of an entire slate of films, Iron Man needed to catch fire. Surprise—it did. Owing to the huge charisma of star Robert Downey Jr., the nimble direction of Jon Favreau, and a story (and a world) that felt fresh and fun, producer and now Marvel Studios president Kevin Feige‘s dream of the MCU had its big bang moment. The universe was born.

The MCU hasn’t been perfect (no sprawling cinematic universe ever could be), but it has been surprisingly, fairly consistently excellent. Most importantly, it has grown in depth and complexity as its aged. The last two films in the MCU, Taiki Waititi’s Thor: Ragnarok, and especially Ryan Coogler’s Black Panther, speak to Marvel’s increasing comfort with their format by giving the reigns to singular filmmakers with specific visions and letting them do their thing. The results have spoken for themselves.

Ragnarok was the funniest Marvel film ever, which is saying something considering one of the most consistent elements of all Marvel’s film has been their wit and charm. Yet Waititi’s particular gift for comedy imbued a cosmic adventure starring two of the least reliably funny Avengers, Thor and Hulk, into Asgard’s version of Monty Python. The film was a hoot. And Coogler’s Black Panther? Historic, and not just because it sunk Titanic and is now the third highest-grossing film of all time. No, Coogler did a whole lot more with this film than break box office records—he brought the MCU to its most richly conceived world yet, the fictional African nation of Wakanda, and gave us not only Marvel’s best villain, ever (Michael B. Jordan’s Erik Killmonger), but a film by, about, starring and largely made by people of color and women that resonated globally not simply because of this novelty, but because the story they told was so compelling and thrilling.

Now in anticipation of all of these varied worlds colliding in their decade-in-the-making mega blockbuster Infinity War, Marvel has shared this video that gives you the broad strokes of the studio’s production history. It begins where it should, right before Iron Man premiered, and carries on through the years to get us to where we’re at now, poised a week away from seeing nearly every character in a decade’s worth of films come together to fight Thanos (Josh Brolin).

The MCU’s Phase 3 is officially ending with Avengers: Infinity War and Avengers 4, and where it goes from here is still be sorted out by the powers that be. For now, lets enjoy where we’ve come from, how we got here, and what a wild ride its been.