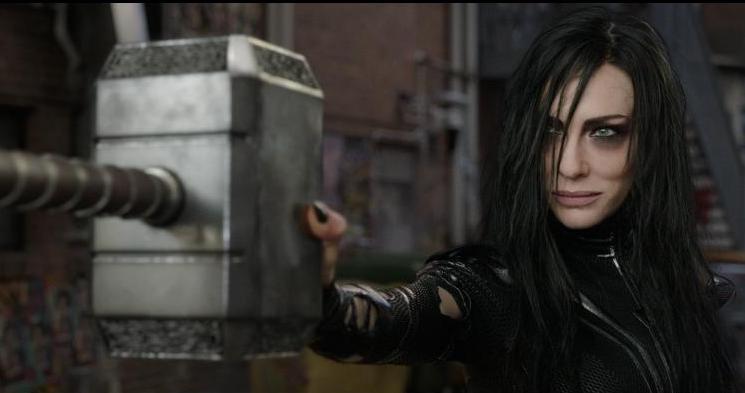 Breaking Thor’s Hammer in Thor: Ragnarok Was no Easy Feat

We’ve paid proper due Mjolnir, Thor’s mighty hammer, in this piece that functioned as a video obituary for one of the most iconic weapons in all of the MCU. Made from a chunk of Uru that Thor’s father Odin had lying around (he had defeated a cosmic storm called the God Tempest and trapped said God inside the rocky chunk), Odin ordered the Dwarves of Nidavellir to forge Mojlni from the God-containing chunk. This particularly wild backstory aside, Mjolinor was more than just a weapon and a piece of complicated Marvel comics history—while genuinely powerful, it was revealed in Ragnarok to be not be the source of Thor’s power, but rather a vessel that he could channel his power through. Thor had to learn this the hard way, when when Hera (Cate Blanchett), the Goddess of Death, crushed Mjolnir in the film’s opening minutes. This was a deeply traumatic experience for poor Thor, one perfectly evinced by rock monster/warrior Korg (voiced by director Taika Waititi), who intuitively grasped that losing Mjolnir was about much more than losing a mere object.

Now that we’ve said our proper goodbyes to Mjolnir, and await word on what Thor’s new weapon will be in Avengers: Infinity War (all the speculation after the latest trailer leads most folks to believe it’ll be Stormbreaker), we’d like to pay our respects to the folks at ImageEngine VFX. These are the folks who had the actual responsibility of destroying Mjolnir. In a newly released VFX reel, they show us the many layers of effects required for Hera to catch Thor’s mighty hammer and crush it in her hands.

We’re suckers for a good VFX reel, and Thor: Ragnarok has generated a bunch. This one, showing us how the VFX firm Framestore created some of the film’s best images and sequences, including building the giant wolf that Hulk battles from digital scratch, building Hulk himself, our beloved Korg, and digital recreations of both Blanchett’s Hera and Hemsworth’s Thor is extremely impressive.

These VFX reels also serve as fun reminders of just how many talented people it takes to make a film of this size, let alone create a mythical hammer once forged by Dwarves and containing a Storm God, and then destroy it.

You’ll next see Thor, and whatever his new weapon is, in Avengers: Infinity War, which is due out on April 27.