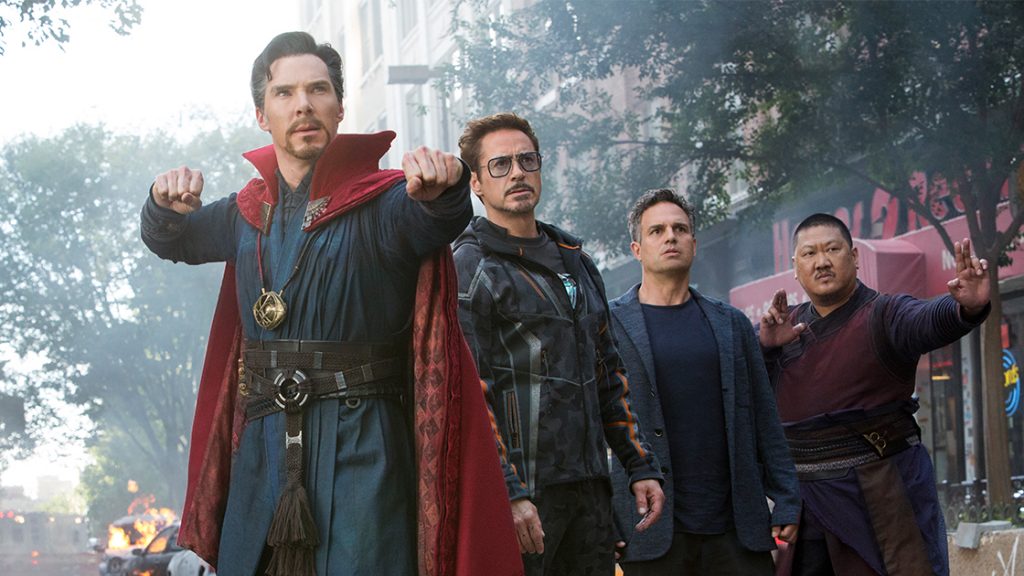 The Final Avengers: Infinity War Trailer Gives Us the Lay of the Land

The stakes have never been higher and the team has never been bigger. A brand-new trailer for Avengers: Infinity War lays out exactly what the superhero allegiance is fighting for. And against.

Collect all the Infinity Stones and you can destroy half the universe, Gamora (Zoe Saldana) explains. Once someone collects all the stones, there’s no stopping them. The strategy has to be to hide the stones and fight off any aggressors in advance. In this case, that happens to be Thanos (Josh Brolin). Gamora seems to be one of the most knowledgeable souls in the universe and she prepares Tony Stark (Robert Downey Jr.) for what’s to come.

There are some pretty wild theories about the location of the Soul Stone. It’s the only one that hasn’t been referenced or identified yet in the MCU. As Tony talks through the plan for hiding the remaining stones, we see a few different place it could be. We know the Mind Stone is in Vision’s (Paul Bettany) head and he does show up. We also get a glimpse just then of Iron Man’s suit, Dr. Strange’s (Benedtich Cumberbatch) lab, Wakanda, and the Guardian’s ship. Could those be clues, or merely red herrings?

There are a lot of cooks in this kitchen. There’s already tension between Star Lord (Chris Pratt) and Tony, but other characters seem to be getting along pretty well. Groot is in awe of Thor’s (Chris Hemsworth) power over lightning. Black Panther, Captain America, and Black Widow look like they’ve united in a formidable team.

The trailer also gives us our best look at Thanos yet. He is an absolute beast with a mighty fist. Rather than being sinister, his indifference almost makes him even more frightening. We have hope, however, as Captain America is able to go fist to fist. The Avengers could win this thing afterall.

There have been 10 years of conflict, but it looks like you can dive in pretty easily even if you aren’t caught up. The trailer gives a pretty good explanation of where we’re at. This one won’t have too many complicated alliances. It’s going to be Thanos vs. everyone else. If you did want to get caught up, however, you can do that at AMC theaters before the Infinity War release.