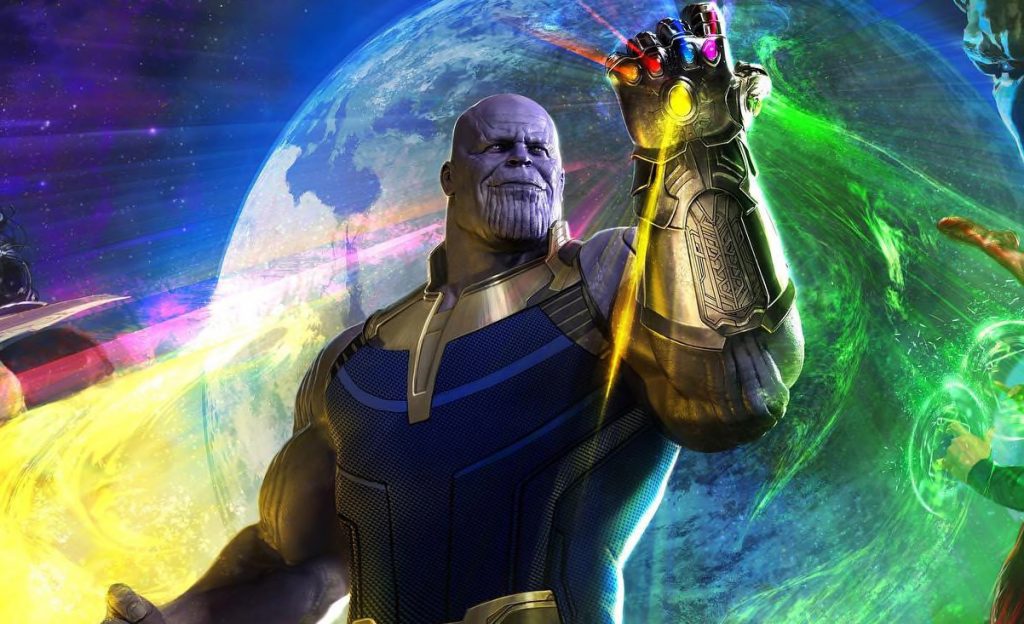 Avengers: Infinity War: The Delightfully Zany Theories About the Location of the Soul Stone

The Infinity Stones might be the most definitive MacGuffins of any film this century. You could argue that they are among the most definitive MacGuffins of all time. As described by the Marvel Cinematic Universe wiki, Infinity Stones are “six immensely powerful objects tied to different aspects of the universe, created by the Cosmic Entities so that…each of the stones can possess unique capabilities that have been enhanced and altered by various alien civilizations for over millennia of years.” Get that? The point is, these MacGuffins have driven events in some shape or form through nearly the entire decade-long run of the Marvel Cinematic Universe, popping up in sketch form (Iron Man 2), a post-credits scene (Thor), in actuality (Captain America: The First Avenger, The Avengers, Thor: Dark World) and on (and on), through Guardians of the Galaxy: Vol 2 and Thor: Ragnaork. In Infinity War, the Infinity Stones will be, in a sense, the main event, as Thanos arrives on Earth determined to collect all six and then ruin the universe. Yet one of the Infinity Stones has never been in a single film: the orange Soul Stone. So where is the Soul Stone? No one outside of Marvel HQ knows for sure, but that hasn’t stopped fans from speculation, and a lot of their ideas are clever and well thought. And also very silly.

In a very fun compendium over at i09, some of those theories have been collected. Here are a few of our favorites:

The Soul Stone is in Wakanda

This theory is arguably the longest-running in the “where is the Soul Stone?” question life cycle, and one can understand why its’ so popular. Wakanda is, after all, the most technologically advanced nation on Earth, one that has survived as long as it has by using said technology to become invisible. Sounds like a great place to hide the Soul Stone! Now that we know that Wakanda is a major location in Infinity War, the theory that it houses the Soul Stone is only gaining traction.

Yet there was no mention of the Soul Stone in Black Panther, plus we know that Wakanda is where the Mind Stone (the one slotted in Vision’s forehead) will be protected there—hence Thanos attacking the nation in Infinity War. Yet as i09 writes, “one of Black Panther’s most famous traits in the comics is always to have a sneaky plan that surprises everyone, even his allies. Pulling out the Soul Stone he’s hidden away somewhere would certainly count as a surprise.” So maybe T’Challa’s also hiding the Soul Stone there, but two stones in one country seems like overkill.

This theory is more recent, and is largely mocked. It came about after some promo art from Infinity War seemed to show “the orange Soul Stone’s power featured Tony right at the center of it… which some people believe means the stone is in Tony’s latest fancy Iron Man armor somehow.” The “Soul Stone is Tony Stark’s armor” camp also includes some pretty wild branches, including the belief that the Soul Stone is actually Tony’s arc reactor, while others think it may literally be Tony himself.

Considering Tony Stark is the central figure in the entire MCU, it’s very unlikely he’d not have noticed, known, or mentioned that one of the Infinity Stones is located on his person, let alone that actually is him. A hard no on this one.

Adam Warlock has only been briefly glimpsed thus far, in a post-credits scene in Guardians of the Galaxy: Vol 2. In the comics, however, his history is all wrapped up with the Infinity Stones, and the Soul Stone especially. That post-credits scene showed Warlock in his glowing cocoon (the color of the cocoon is orange-ish, which, again, is the color of the Soul Stone). So yes, perhaps Warlock has it, and he’ll be forced to pop up in Infinity War with it?

No. It’s been confirmed we won’t be seeing Warlock until Guardians of the Galaxy: Vol 3, so this theory, while based on decent analysis of Warlock’s comics past, is ultimately bunk.

Hulk Has It…And Made a Weapon out of it?

This is a deeply silly toy-based theory. A new crop of Avengers: Infinity War toys includes action figures that have additional “pieces” that can be scanned with a “Hero Vision” augmented reality mask to get bonuses in a video game. Bear with us here. The pieces you can scan are shaped like the Infinity Stones, and the action figure with the orange Soul Stone is Bruce Banner. The orange colored piece is “artistically welded it to a piece of cement with a metal bar sticking out of it like a mace,” i09 writes.

So the theory is that Hulk found the Soul Stone and…smashed it into some rubble to create a bludgeoning weapon. We love this one for how truly absurd it is. It’s so Hulk-ian. But no.

Some of the other theories collected by i09 include the Soul Stone being an entire planet, and, that it won’t feature in Infinity War at all. Our call? The Soul Stone will be glimpsed, nearly taken by Thanos, but…ultimately evade his grasp, setting up his one last thing for him to do in the final film in the two-part, game-changing film series that begins with Infinity War.