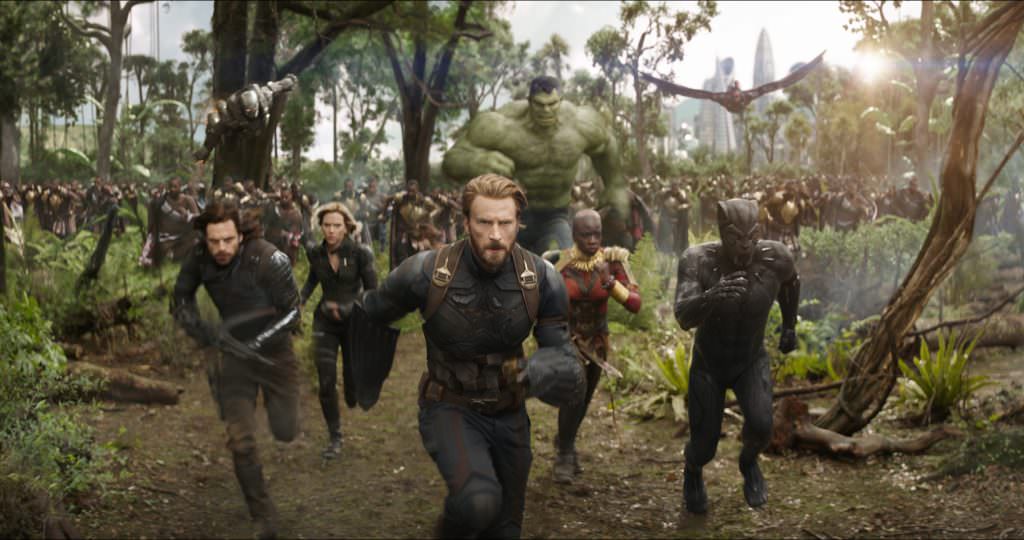 Avengers 4 Wraps Filming, Marking the End of the Road for Some of the Major Characters

There’s a lot happening in the world of the Avengers. Yesterday, we shared this fresh batch of 15 new photos from Avengers: Infinity War, which bows on May 4th. As we’ve written before, Marvel Studios president Kevin Feige has said that Avengers 4, which was shot back-to-back with Infinity War, will mark the end for some of our favorite characters after a decade and 19 films worth of superhero-ing. Robert Downey Jr., Mark Ruffalo, Scarlett Johansson, Chris Evans, Chris Hemsworth and Jeremy Renner are all looking at expiring contracts, which means that both Avengers: Infinity War and certainly Avengers 4 will be the last time we see some of these actors in these roles. This is significant—the Marvel Cinematic Universe, which at one point may have sounded almost foolishly ambitious, but which is now the most potent three word title in the film industry, has succeeded in large part due to the star power, and skill, of the aforementioned talent. Yet the future for Marvel is bright, with Black Panther breaking records for ticket sales, and new faces like Brie Larson’s Captain Marvel providing the franchise with a much needed female superhero in a starring role. Plus, there’s that potential Black Widow stand-alone film, the Tom Holland-led Spider-Man films, Ant-Man and the Wasp, the potential inclusion of the X-Men, and a whole lot more. Feige told Vanity Fair that Marvel has 20 films lined up for after Avengers 4, so yeah, they’re going to be okay.

Back to Avengers 4—the film is officially wrapped, allowing us to speculate not only on which characters are also wrapped for good, but also what the film’s title will be (Collider thinks it’ll be New Avengers, a pretty good call considering it’ll likely usher in a new era for the super-team). Avengers 4 is due in theaters just about exactly a year after Infinity War, on May 3, 2019. We’ll have a better sense of what to expect in Avengers: 4 after we see Infinity War, of course. Our guess is that one of the major players will not make it through Infinity War, setting up Avengers 4 as an opportunity for the remaining Avengers to seek their revenge on Thanos. Now that Marvel’s big bad is finally the main villain, and with all those expiring contracts, somebody, if not some bodies, will likely be paying the ultimate price. Let’s hope they at least got to enjoy this cake: