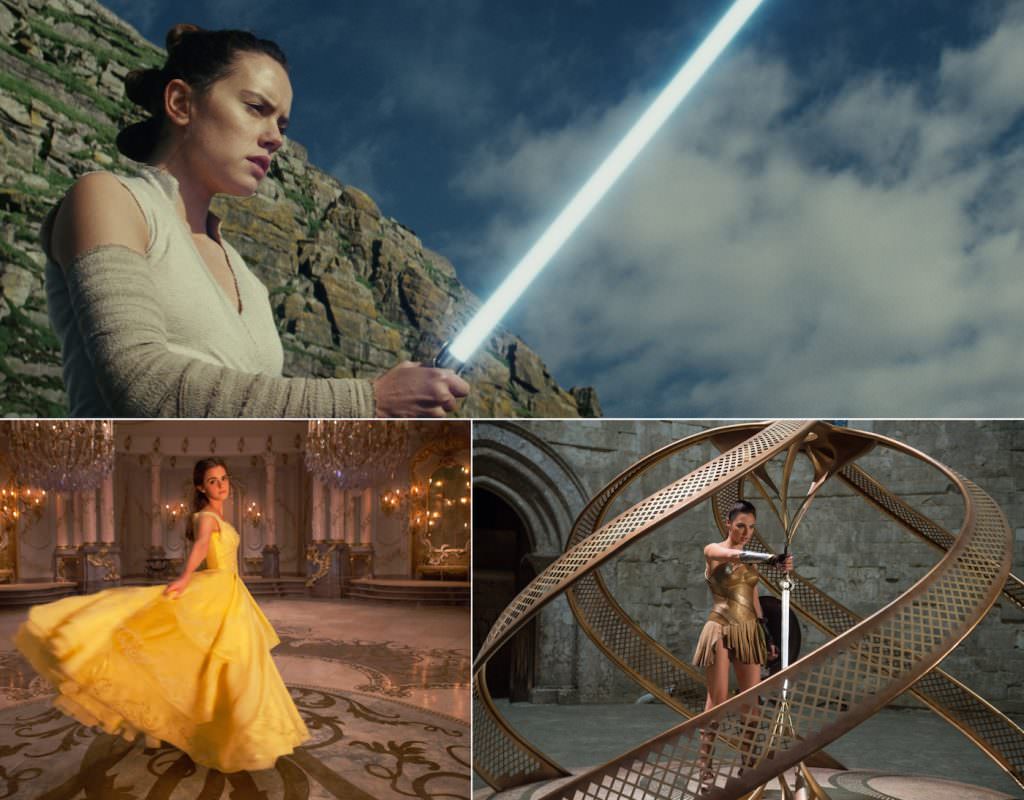 The names Elizabeth Taylor, Rosalind Russell and Mitzi Gaynor call to mind legendary performances, but an era of Hollywood decades in the past. Fifty-nine years to be exact. These leading ladies were the last women to star in the highest grossing domestic films of the year, until now. The top three films of 2017 all had female headliners, and they were damn good movies too.

Emma Watson kicked off the female dominated box office with her role as Belle in Beauty and the Beast raking in $504 million among American audiences. Gal Gadot set the superhero genre ablaze with her kickass portrayal of Diana Prince in Wonder Woman pulling down $412 million. Last but by no means least, Daisy Ridley rounded out the year with a band as Rey in the highest grossing film of the year, Star Wars: The Last Jedi at $533 million. All three did even bigger business worldwide with Wonder Woman nearly doubling its domestic numbers and Beauty and the Beast and The Last Jedi both passing the $1 billion mark.

Wonder Woman has even more merits as Oscar buzz swirls around the film. The movie made history as the highest grossing film, ever, from a female director. Gal Gadot was the third highest grossing actor of the year, according to Forbes, combined with her performance in Justice League. Daisy Ridley took the number six spot, also starring in Murder on the Orient Express last year.

According to The Wrap who crunched the numbers, the last time women dominated the box office was in 1958 with Elizabeth Taylor wowing audiences in Cat on a Hot Tin Roof. Rosalind Russell also landed in the top three with her starring role in Auntie Mame, the precedent to the 1966 Broadway musical and 1974 Lucille Ball film. Mitzi Gaynor also filled the seats with her performance in South Pacific in a time when movie musicals were huge draws.

2018 is shaping up to have strong contenders at the box office with women in the lead again. A Wrinkle in Time has a stellar cast of leading ladies and was directed by Ava Duvernay. We’re also stoked for the female led Oceans 8, Emily Blunt at the helm of Mary Poppins Returns, Natalie Portman in Annihilation, and Taraji P. Henson in Proud Mary.

Keep it up, ladies. We love to see you shine.