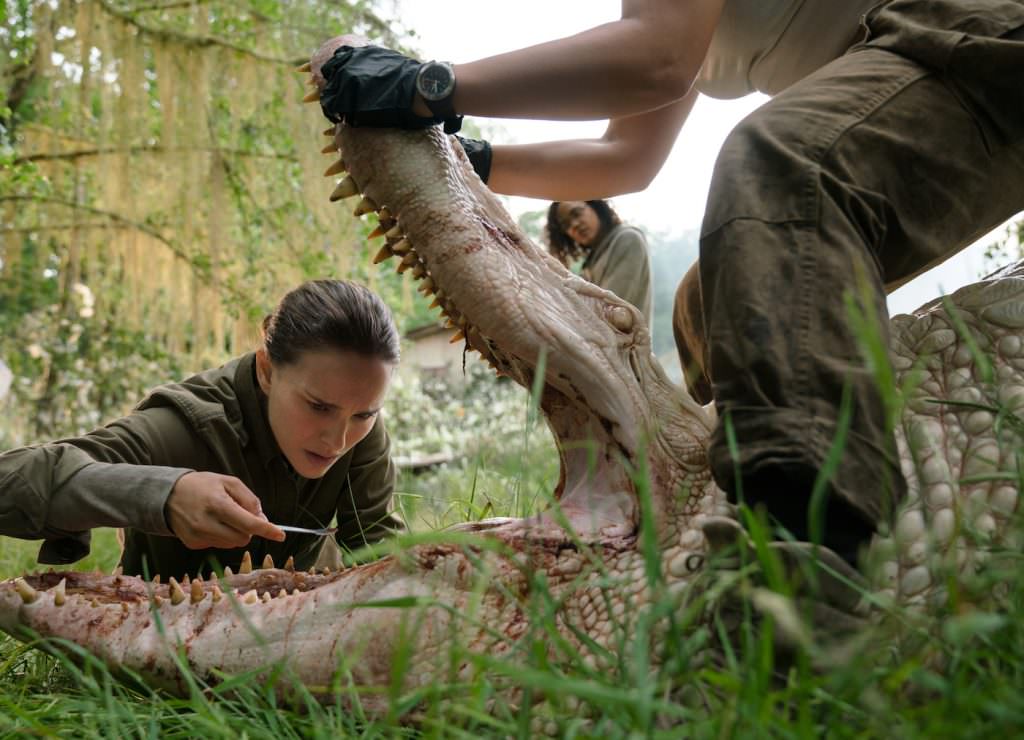 After writer/director Alex Garland’s sensational Ex Machina jolted the film world, and reminded viewers why sci-fi is such glorious genre, it was a waiting game to see what he’d do next. When word spread that he was adapting Jeff VanderMeer’s terrifying, incredible eco-horror novel “Annihilation,” it seemed like a match made in a very, very scary version of heaven. And sure enough, the first trailer confirmed that Garland had found the perfect source material. Now, Paramount Pictures has released a new trailer, and it’s even more disturbing and thrilling than the first.

Annihilation stars Natalie Portman as a biologist who watches her husband leave for a secret mission to Area X, only to return more or less unrecognizable and clearly dying. She winds up going to the mysterious Area X herself, along with three other recruits at the behest of the shadowy Southern Reach organization, to figure out what’s going on in this section of the U.S. that’s been secretly quarantined due to abnormal activity. The previous expeditions to Area X (Portman’s team is the twelfth) have all ended in tragedy. There’s been mass suicide, a shootout, and an entire team dying of cancer.

The new trailer gives lovers of VanderMeer’s novel a better grasp on how Garland adapted the material. It also offers a longer look at the astonishing and deadly marvels that await viewers in Area X. The key ingredient to both VanderMeer’s novel and, from what we’ve seen, Garland’s adaptation is strangeness. It’s this sense of the uncanny, the odd, the surreal, that gooses a good sci-fi story into greatness. What you’ll see in this trailer definitely achieves this—and as readers of the book are aware, the story of Annihilation isn’t about tidy little answers or identifiable, understandable monsters. It’s more on the level of myth, and the monsters, while very real, are more elusive to categorization than we’re used to. And that’s a good thing. With a writer/director as skilled as Gardland, and a cast this good—Portman is joined by Jason Leigh, Tessa Thompson, Gina Rodriguez, Tuva Novotny, and Oscar Isaac—Annihilation will be one of 2018’s most interesting, early films.

Annihilation opens in theaters on February 23, 2018.