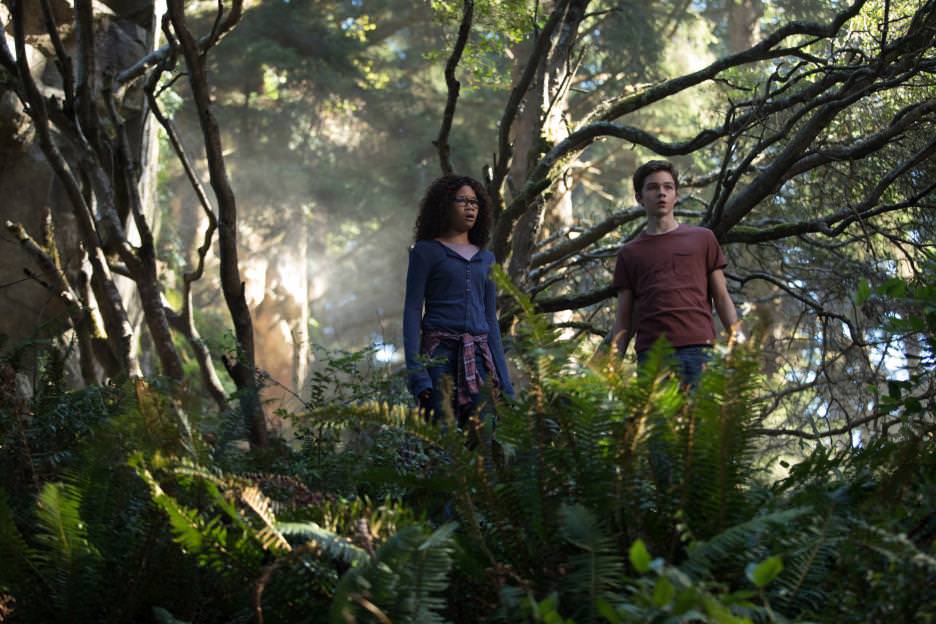 First A Wrinkle In Time Trailer Foreshadows an Epic Adventure

Fifty-five years after it was published, we finally get our first glimpse at A Wrinkle in Time, and it appears it was well worth the wait. The beloved books by Madeleine L’Engle are visually ambitious, and the trailer showcases a tapestry of beautiful and exciting worlds, brought to you by an out-of-this-world director, Ava DuVernay.

Meg Murry (Storm Reid) is a young aspiring scientist interested in her father’s study of time and space. Dr. Alex Murry (Chris Pine) disappeared on his quest to create a “wrinkle in time”, which allows someone to traverse space instantly. Meg is guided on a quest to find her father by three spirits, Mrs. Who (Mindy Kaling), Mrs. Which (Oprah Winfrey), and Mrs. Whatsit (Reese Witherspoon), who are giving us total gown envy in their mind-blowing costumes. Dr. Kate Murry (Gugu Mbatha-Raw) is supportive of her daughter’s curiosity, but it will be up to Meg and her friend Calvin (Levi Miller) to unlock the secrets of the universe.

Once Meg leaves our world she’ll find a land of flying flowers, aliens who move in creepy perfect unison, and a rocky planet being destroyed by giant twisters. There are colossal dangers and trying mysteries that separate Meg and her father, but also a little bit of humor. Zach Galifianakis uses his goofball antics for the only comedic relief of the trailer.

Despite being written in 1962, the timeless story of adventure and discovery has been given a modern setting. The adventure promises to appeal to the kid inside who grew up reading the books. Beautiful creatures, exotic lands and an epic quest make Ava Duvernay’s adaptation look very promising. It looks like in the end, steadfast love may reign above all, but Meg has a long way to get there. We can’t wait to see more of this modern take on a classic.

A Wrinkle in Time opens March 9.