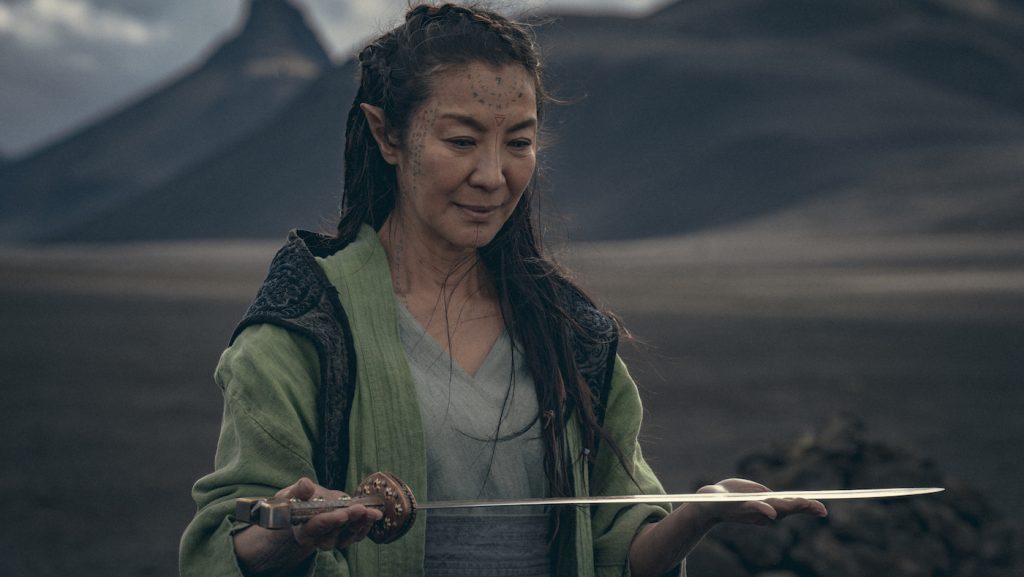 The great Michelle Yeoh centers our first look at The Witcher: Blood Origin, the new prequel series set in an elven world 1200 years before the events in The Witcher. Blood Origin takes place during the Elven Golden Era, before the arrival of humans or monsters (some might claim they’re one and the same?), yet all is not well even in this, non-monstrous realm. The first trailer for The Witcher: Blood Origin introduces us to seven warriors, led by Scian (Michelle Yeoh), who come together to fight the ruthless empire that has taken control of the entire Elven world. These warriors are strangers, outcasts, misfits even—they also might be the Elven race’s last hope, especially as the worlds of elves, men, and monsters are about to be conjoined forever.

Blood Origin is a four-part special event within The Witcher universe, giving us a glimpse of the dire circumstances that led to the creation of the very first Witcher. Joining Yeoh in the cast are Nathaniel Curtis as Brian, Lenny Henry as Balor, Dylan Moran as Uthrok One-Nut, Jacob Collins-Levy as Eredin, Sophia Brown as Eile, Minnie Driver as Seanchai, Laurence O’Fuarain as Fjall, Zach Wyatt as Syndril, Francesca Mills as Meldof, and, wait for it…Joey Batey reprises his role from TheWitcher as Jaskier.

Check out the trailer below. The Witcher: Blood Origin arrives on Netflix on December 25, 2022: