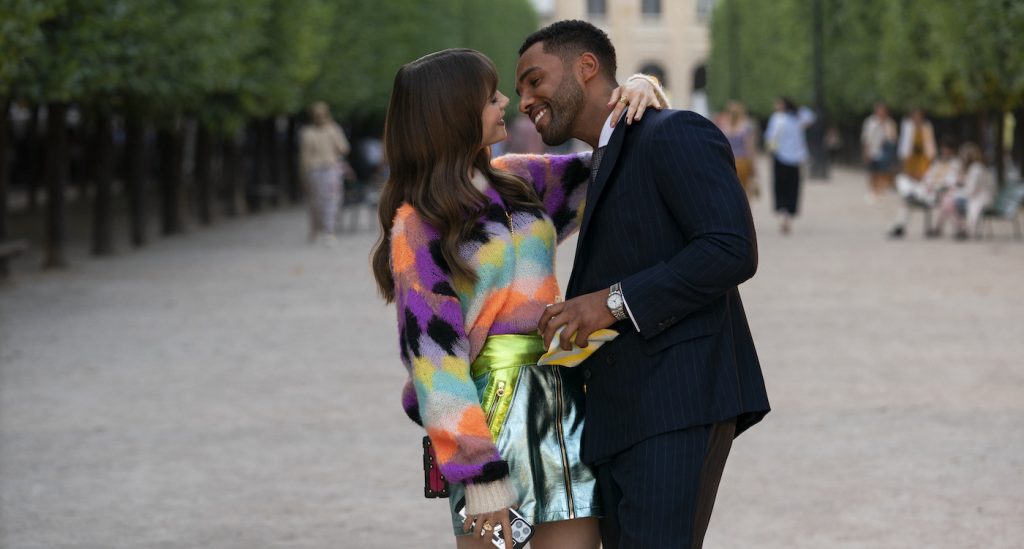 Can you blame Emily for still being in Paris?

Netflix has released the trailer for season 3 of Emily in Paris, where our titular heroine (played by Lily Collins) is still in the City of Lights. Emily arrived in Paris back in season one with a plum new job, and the trials and tribulations of trying to succeed at work were the primary focus. In season two, Emily’s romantic life took center stage, and now, appropriately, season three will find Emily trying to figure out a way to juggle her career, her romantic life, and life in general. It’s everyone’s goal, is it not, to find that coveted work/life balance that leads to a happy, healthy existence? Let us know if you figure it out, Em.

Emily’s life in Paris is a study in imbalance, although the kind of imbalance most people would dream about. She’s got a great job and another potential gig to boot—she can stay with Savior Marketing or risk the security and join a new venture. She’s got romantic prospects—on the one hand, there’s Gabriel (Lucas Bravo), the chef she met back in season one; on the other, there’s Alfie (Lucien Laviscount), a British classmate she’s just started seeing. So what decisions will Emily make? How about no decisions, which, the trailer reminds us, is a decision itself. Two jobs, two fellas, zero choices. This is a recipe that is ripe for drama.

Season 3 of Emily in Paris arrives on Netflix on December 21, 2022. Check out the trailer below:

One year after moving from Chicago to Paris for her dream job, Emily finds herself at a crucial crossroads in every aspect of her life. Faced with two very different paths, Emily will have to decide exactly where her loyalties lie — at work and in her romantic life — and what those decisions mean for her future in France, all while continuing to immerse herself in the adventures and surprising twists and turns that life in Paris provides.