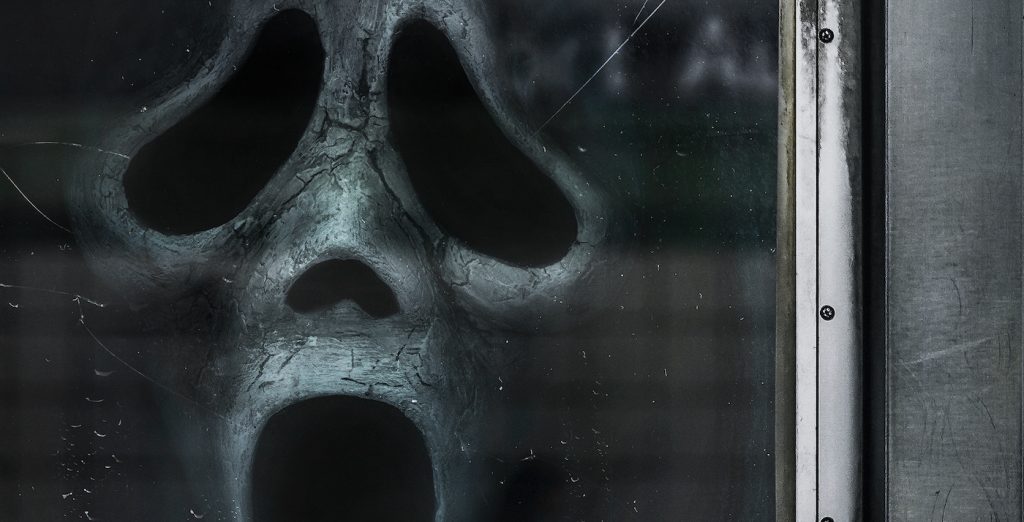 Ghostface is about to take a big bite—er, slash—out of the Big Apple. The mayhem leaves Woodsboro, California, for the first time in the franchise and relocates to the City that Never Sleeps. Ghostface on a crowded F train during rush hour? Talk about a hellish commute! (Apologies).

The first trailer for Scream IV picks up after the horror in Woodsboro from the last film. The four survivors from the last chapter have left Woodsboro—who can blame them—and have moved to NYC to try and get a fresh start. Sisters Sam Carpenter (Melissa Barrera) and Tara Carpenter (Jenna Ortega) are in New York trying to rebuild their lives, yet Scream IV will find a Ghostface copycat doing his (or her) level best to ruin their city escape. Returning stars from the last film are Gale Weathers (Courtney Cox), Mindy Meeks-Martin (Jasmin Savoy Brown), Chad Meeks-Martin (Mason Gooding), and Kirby Reed (Hayden Panettiere). Newcomers include Jack Champion, Henry Czerny, Liana Liberato, Dermot Mulroney, Devyn Nekoda, Tony Revolori, Josh Segarra, and Samara Weaving.

The franchise began back in 1996 with Wes Craven’s gangbusters original film. Craven ultimately directed the first four films in the franchise, and then directors Matt Bettinelli-Olpin and Tyler Gillett took over Scream 5. They return to helm the latest installment, back alongside screenwriters James Vanderbilt and Guy Busick, who penned the last entry.

Check out the trailer below. Scream IV hits theaters on March 10, 2023.