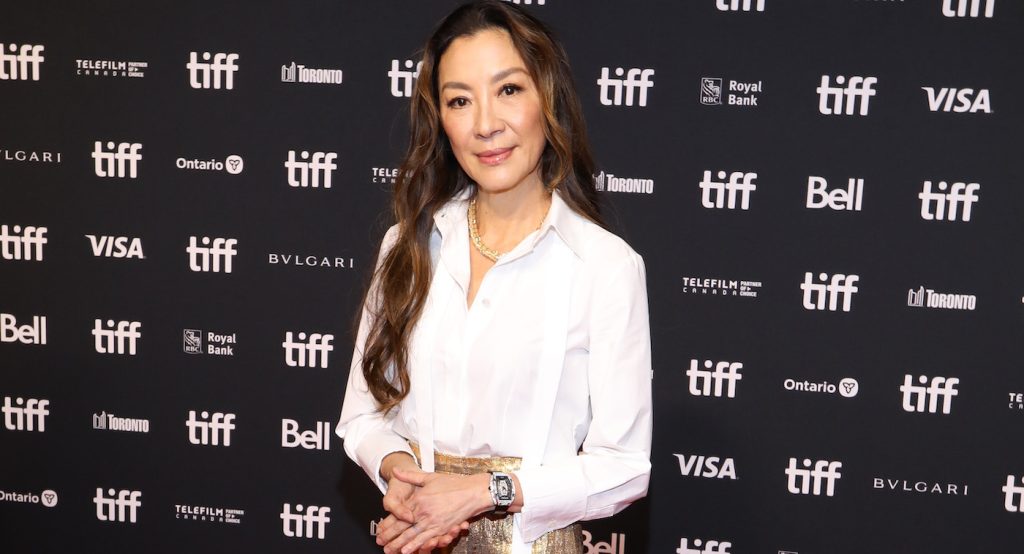 This is a major casting coup. Michelle Yeoh, coming off a big year with her incredible performance in the astonishing Everything Everywhere All At Once, is joining the cast of director Jon M. Chu’s Wicked films.

Variety reports that Yeoh will be playing Madame Morrible, the headmistress of Crage Hall at Shiz University, joining a star-studded cast that includes Ariana Grande as Glinda and Cynthia Erivo as Elphaba. Bridgerton star Jonathan Bailey will play Fiyero, while Broadway veteran Ethan Slater will play Boq. The two Universal Pictures films will be released on Christmas in 2024 and 2025.

Wicked, of course, has been a best-selling book and a best-selling Broadway show, and tells the story of how Elphaba turned into the Wicked Witch of the West and how Glinda became the Good Witch, in The Wizard of Oz. Madame Morrible, a canny, opportunistic figure, sees her own future political power in Glinda.

As Chu said when the film was announced, it was decided that the adaptation needed to be big. So big, in fact, it couldn’t be contained in a single film.

“We decided to give ourselves a bigger canvas and make not just one Wicked movie but two,” Chu wrote in his announcement statement. “With more space, we can tell the story of Wicked as it was meant to be told while bringing even more depth and surprise to the journeys for these beloved characters.”