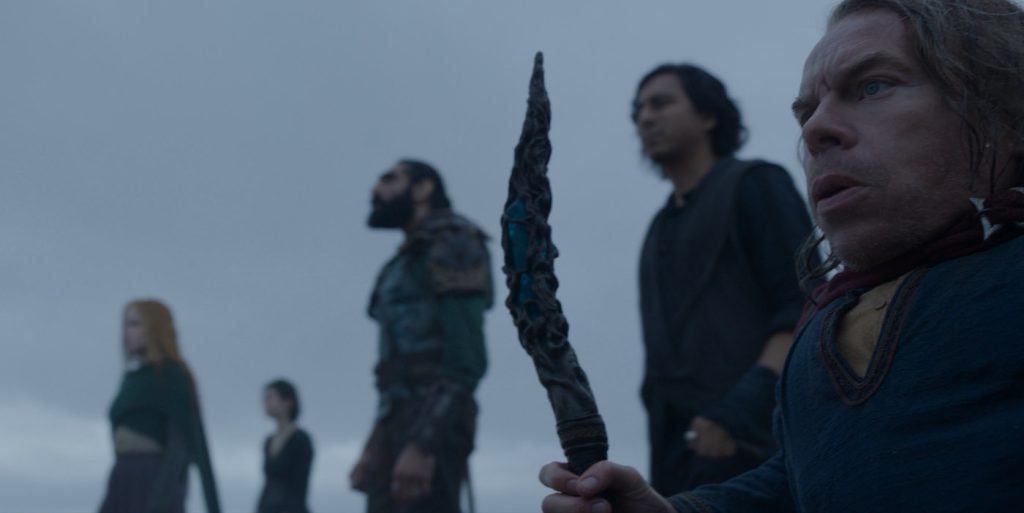 The reviews for Disney+’s Willow are arriving, and for fans of Ron Howard’s original 1988 film and intrigued newbies who love the fantasy genre, you’ll be pleased. Three decades after Howard’s film, Willow is “back as a series and better than ever,” writes the Los Angeles Times‘s Robert Lloyd. Howard’s film found an aspiring sorcerer and farmer named Willow (Warwick Davis) setting off on an epic quest to deliver a human baby found by his people to the care of the bigger people. Yet Willow’s journey was only just beginning, and he would become part of a major effort to protect the baby empress Elora Danan (yes, it was an infant as crucial as The Child in The Mandalorian) from the evil sorceress Queen Bavmorda (Jean Marsh).

In the new series, set nearly two decades after the events of the film, Willow returns, yet the action is led by a princess, Kit (Ruby Cruz), who assembles a group to go on a quest to rescue her twin brother. Joining Davis in the cast are Tony Revolori, Amer Chadha-Patel, Ellie Bamber, Ruby Cruz, Erin Kellyman, and, crucially, Talisa Garcia, the first trans actor ever cast by Lucasfilm for one of its productions. Sadly, Val Kilmer, who played Madmartigan in the original and was slated to appear in the series, couldn’t on account of his health. Happily, according to the critics, the game cast does their level best to step into the void, with up-and-coming stars like Cruz, Kellyman, and Garcia adding fresh faces to care about. And unlike Howard’s original film, the series boasts the cutting-edge technology that’s made The Mandalorian and other Disney+ series so ravishing. “There are a lot of opinions among genre fans as to how best to execute such stories,” writes Lloyd of the LA Times, “but the series is fantasy as I like it best — funny, fun, and just a little frightening, sometimes serious but never self-serious. If my year-end favorites piece were not already filed, Willow would have been a contender.”

“The saga’s greatest triumphs, though, are its young characters’ personal discoveries,” writes The San Francisco Chronicle‘s Bob Strauss. “As they roam fantastic settings, their true quests become existential. The aging, iconic wizard learns much about himself, too, making for a gratifyingly relatable mystic adventure.”

“That perfect balance of reverence and irreverence is what immediately catapults Willow to the upper echelon of Disney+ series,” writes Variety‘s Joshua Alston. Alston pays special notice to the way Willow doesn’t shy away from amplifying romance as well as the fantastical requirements of a series set in a magical world. “[Creator Jonathan] Kasdan keeps the romantic entanglements going like spinning plates constantly threatening to shatter as love connections become love triangles and trapezoids. The most noteworthy of those relationships is between Kit and Jade, who are being touted as Disney’s first proper queer love story. And it’s written beautifully and in such a way that transcends gender and explores how hard it is to figure yourself and someone else out simultaneously.”

The Telegraph‘s Ed Power writes that “Disney’s follow-up to the 1988 Warwick Davis movie is a ribald romp with plucky heroes, ghastly villains, and whip-cracking dialogue.”

“This is an unapologetically traditional fantasy, with no pretensions to Game Of Thrones-style grimness or Lord Of The Rings cultural depth,” writes Empire Magazine‘s Helen O’Hara. “But it also has vivid characters, scary moments, and fun obstacles, and they carry it briskly along. In the end, it relies far less on nostalgia and more on expanding the world of the original film to encompass new complexity and new identities among all these daikinis, and that’s a real treat.”