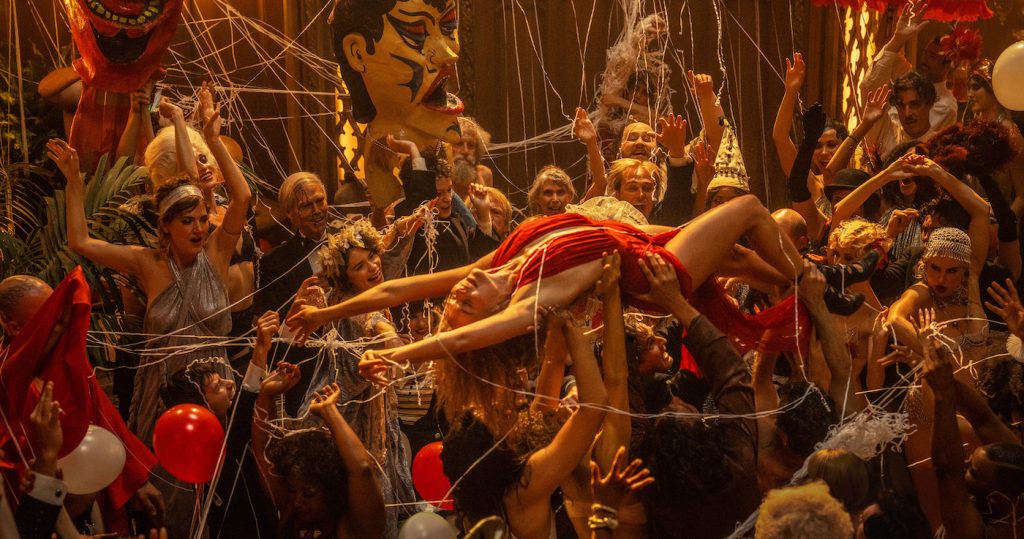 In Damien Chazelle’s latest film, the musically inclined director of Whiplash and La La Land turns his sights on the formative years in Hollywood, when debauchery, madness, and an unhinged sense that anything might happen was the prevailing vibe. Despite having not only pulled off the highly intricate La La Land and the riveting drama First Man, Chazelle says that Babylon is the most ambitious thing he’s ever tried to do.

But you can hear from the man himself in a new Babylon featurette just released by Paramount, which gives you an inside look at his latest. Babylon is set in 1920s Los Angeles, just as the movie industry transitioned from silent films to the talkies. Our guide to the story is Diego Calva’s Manny Tores, who has come to Tinsel Town with big dreams. “He’s our eyes and ears from an outsider’s point of view,” Chazelle says in the video. “He’s a dreamer, someone who is trying to find his way,” Calva adds.

Margot Robbie’s Nellie LaRoy is an aspiring actress, and someone Robbie likens to a tornado. Nellie’s drive is matched by her reckless abandon, and the new featurette, like the previous trailer, reveals that Nellie’s thirst for life includes all that life, especially life Hollywood, has to offer. That includes alcohol, drugs, and debauchery on an epic scale. This is a town of make-believe where the regular rules (of decorum, of moderation) don’t apply.

The reigning king of LA, or one of them, anyway, is Brad Pitt’s Jack Conrad, a movie star at the apex of his powers. the type of guy who claims he made acting a respectable profession but who is no soberer than Nellie is.

Chazelle told Vanity Fair that he’s been mulling over the idea of Babylon since he first moved to LA around 15 years ago. “The basic idea was just to do a big, epic, multicharacter movie, set in these early days of Los Angeles and Hollywood, when both of these things were coming into what we now think of them as,” he said. That movie is now a reality.

Check out the featurette below. Babylon hits select theaters on December 25.

Here’s the official synopsis for Babylon:

From Damien Chazelle, BABYLON is an original epic set in 1920s Los Angeles led by Brad Pitt, Margot Robbie and Diego Calva, with an ensemble cast including Jovan Adepo, Li Jun Li and Jean Smart. A tale of outsized ambition and outrageous excess, it traces the rise and fall of multiple characters during an era of unbridled decadence and depravity in early Hollywood.