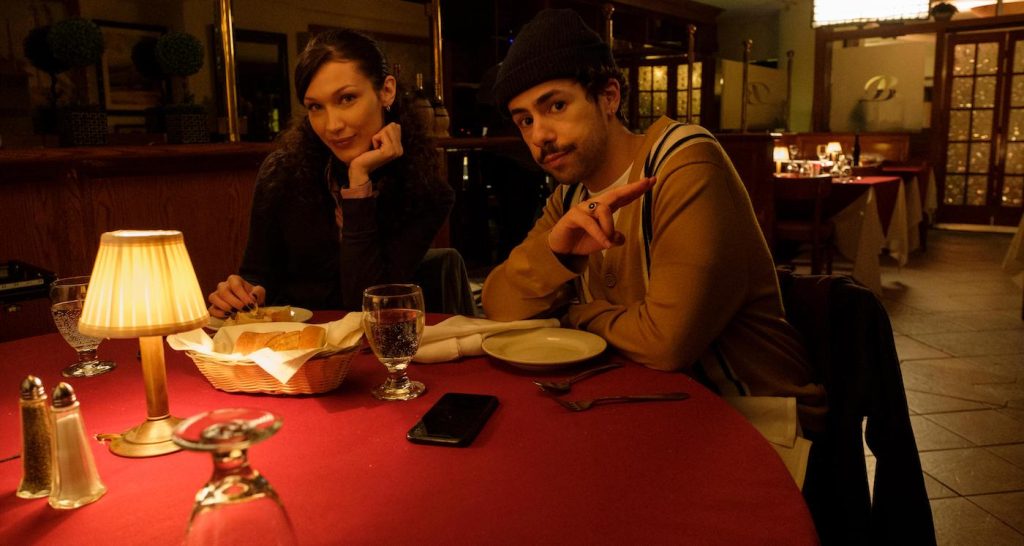 Ramy Youssef’s consistently excellent self-titled Hulu series Ramy centers on his titular character, a young Muslim trying to reconcile his elastic identity. He’s the son of Egyptian immigrants living in New Jersey stretched in multiple directions, between his Muslim community, God, his friends, and his still murky future. The series was a critical hit when it premiered, and Ramy didn’t lose any of its intellectual heft, hilarity, or bite in season 2. In that season, Ramy tried to be a good Muslim man by the standards of today, with disastrous results.

Now that season 3 is available on Hulu, it’s safe to say that Ramy has established itself as one of the most reliably interesting and richly drawn comedies on TV. The action takes place a year after the events in season 2, with Ramy still employed in the diamond district for his closeted Uncle Naseem (Laith Nakli), who is now actively on dating sites for young available Muslim men. Meanwhile, Ramy’s personal life is in a tailspin after having sex with his cousin Amani (Rosaline Elbay) the night before his marriage to Zainab (MaameYaa Boafo)—and not for the first time—and now forced to deal with the aftermath of that disastrous infidelity. Ramy hasn’t only torpedoed his own life; his actions have blown a hole in the lives of the people around him, too.

Season 3 is abundant with storylines, indelible performances, and Ramy‘s trademark unflinching, offbeat humor and pathos. It’s unlike anything else on TV. Jumping into this rich world was costume designer Nicky Smith, who took over the reins from Dana Covarrubias. We spoke to Smith about what it was like coming into a successful show, how she hoped to subtly shape viewers’ experiences through the wardrobe, and why sometimes the best wardrobe choices are the ones performers bring from home. 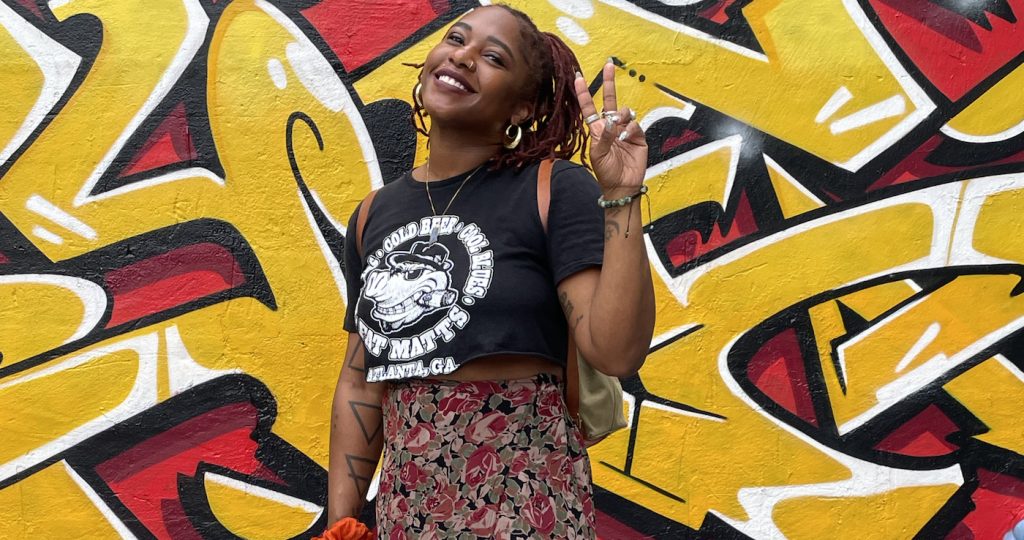 After watching the first two seasons, what were you thinking about your approach to season three’s aesthetic?

One of the great things is that season one and two feel very East Coast, very New York. It really has the stylized look of what we consider like that tri-state area vibe. So it was really easy for me as a native New Yorker to kind of move into that world and to bring what had already been done in previous seasons into my own tone. For example, one of the things that I tried to do this season was really create color matching to try to tell a color story. I did that with color vignettes so that when you’re looking at the scene, it’s kind of telling a story visually.

How did you approach the evolution of Ramy’s style?

We were really lucky on this season because we kind of had the overall arc of what all the episodes were gonna be like. That allows you to design your main core characters in a way that you can show the evolution of where they go. For example, for Ramy, we really started with him still in the hoodies and the puff jackets. His look had been previously established so that, by midway through season 3, we had him in the really great wool coat, turtlenecks, and sweaters. So when I started, I started with those trends [from past seasons] and then got to explore where I saw the characters arcing visually. 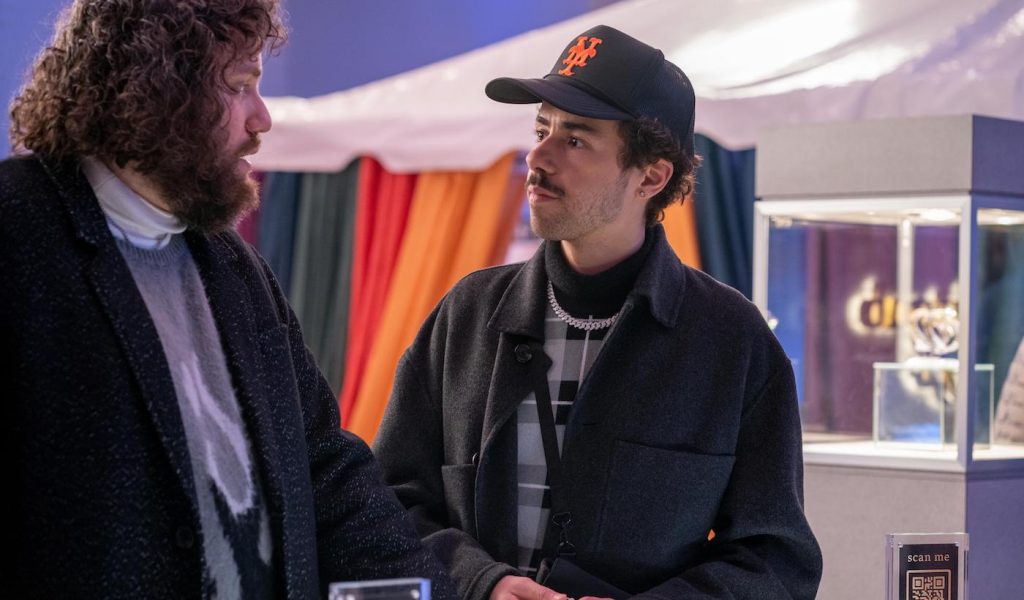 And how did you approach outfitting the rest of this diverse cast in a way that reflects their faith, their socioeconomic status, and their sense of self?

It starts with the research. Ramy is a really wonderful writer, which we all know, and the world that he creates has so much detail and nuance to it that it gives me a palette to find images that match what the words are. I’m searching Pinterest, Instagram, I’m going to the photo library, and anywhere I can go to source imagery. It’s really important to me that the imagery is of people of the culture. As much as I can have faces that look like our actors on their wardrobe boards, I think it really brings an added depth to where the story starts. I want to make sure that the actors who are playing the characters, especially the main actors who have been in these roles for two years, feel themselves when they look at the boards and that they feel the evolution of the character. Like with Dena, who was played by May [Calamawy], we talked about how we could evolve her from the sweaters and the looks that she wore in previous seasons to where she is now as a young woman in law school.

You hear a lot today about how productions are so much more mindful of their environmental impact. How often on Ramy are you re-using items or borrowing clothes?

I broke down some of the closets from the previous two seasons for day players that weren’t gonna come back, and then we put that into our general stock so we can pull from it as needed. Then I reached out to other costume designers that are friends of mine, and if they had things that weren’t in storage units that they weren’t using, I asked if I could borrow that. For example, we borrowed police uniforms from Blue Bloods, we borrowed hospital uniforms from FBI: Most Wanted. It’s about using your network and figuring out how we can help each other. Budgets aren’t always as expansive as we want them to be, and it helps us just add an extra layer of detail and authenticity to the clothing that we use on camera. Especially when you’re doing secondhand thrift, you find things you would never find in a store. Like there’s always some weirdness that you could put on a character, and you’re like, ‘Look at this beautiful hand-painted coat that I didn’t paint, but someone’s grandmother painted in 1989 for their Bat Mitzvah.

I imagine this also works really well because some of these characters would be shopping at thrift stores anyway.

Yes. I’m really big about making sure that the brands and the sourcing I use to match a character’s socioeconomic status because I wanna make sure that if that character would shop at a mid-range store or like a Zara or an H&M, it looks like the character would shop from there. It doesn’t necessarily mean all the clothes come from there, but I want the overall look to match what that person could afford.

What’s your process of working with the actors?

It’s definitely a collaborative process. I always start a fitting by saying that at the end of the day, I want the actor to feel comfortable because they’re the ones playing the character; they’re the ones who are on camera. I really wanna let them know that if something feels uncomfortable, I’d rather someone just vocalize it in the fitting so we can correct it, solve it, and make sure that by the time they’re on camera, everyone in the room is happy with the look. So I show them the boards that I present to the director or the showrunner so they can see the research of how I got to that place with the character. And then we kind of talk through the rack, and if there’s something they really absolutely hate, which doesn’t happen often, I’m fine to veto it. Like it’s not about ego; it’s really about the collaborative process.

Talk to the rack is a fantastic phrase.

[Laughs]. We talk through the rack, but I actually do talk to the rack. When I pull [clothes], I get into this hippy Matrix mind zone and then, like, put looks together. It’s a whole thing.

In episode eight, we’re at the Muslim Conference. It really felt like we brought out all these different characters from Muslim culture. There were Afro-Muslims, and Palestinian Egyptians, and we really made sure that a lot of the background actors, if they were from those nationalities, brought their own stuff. Because as much as we can provide, there’s nothing better than people representing their own cultures.

Ramy is streaming now on Hulu.