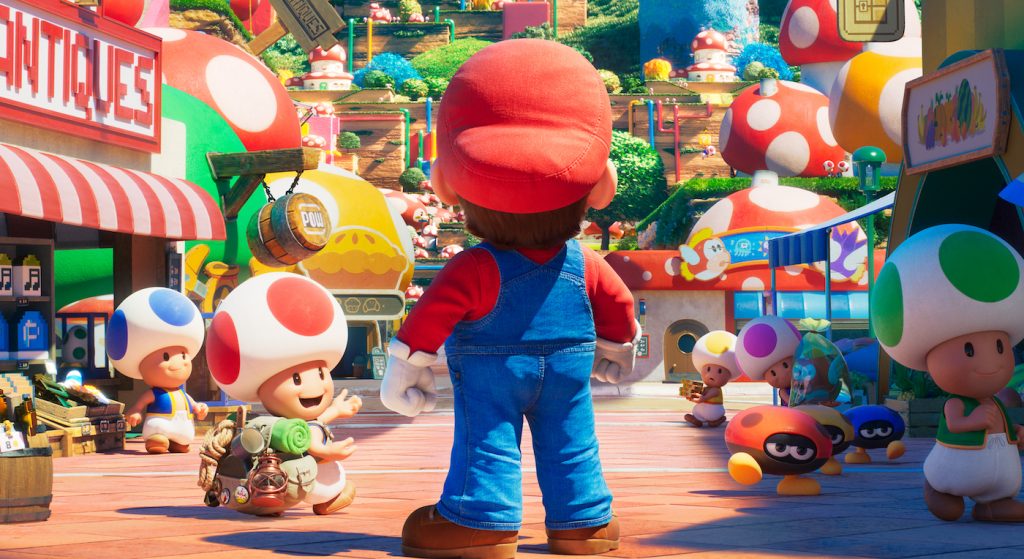 The Super Mario Bros. Movie has released its official trailer, revealing the first animated take on the iconic video game with a star-studded voice cast. That cast is led by Chris Pratt as the indefatigable plumber-turned-hero Mario, and he’s joined by a slew of stars. They include Anya Taylor-Joy as Princess Peach, Charlie Day as Luigi, Jack Black as Bowser, Keegan-Michael Key as Toad, Seth Rogen as Donkey Kong, Fred Armisen as Cranky Kong, Sebastian Maniscalco as Spike, and Kevin Michael Richardson as Kamek.

This is not the first time we’ve seen the Super Mario Bros. in a film. Way back in 1993, we had the live-action film starring Bob Hoskins as Mario, John Leguizamo as Luigi, and, incredibly, Denis Hopper as Bowser. The new iteration is a collaboration between Nintendo and Illumination, the latter of whom is the animation studio responsible for the Minions franchise. Nintendo’s Shigeru Miyamoto, the creator of Mario, teams with Illumination’s Chris Meledandri as producers. Your directors are Aaron Horvath and Michael Jelenic, the duo behind Teen Titans Go! To the Movies. The script comes from The Lego Movie 2: The Second Part writer Matthew Fogel.

The trailer reveals the film’s premise, which finds Bowser and his Koopa Troopas making some serious trouble for an ice kingdom ruled by penguins. What Bowser’s after is the luminous “Mario” star, which will give him immense powers. Once he has it, he asks, “Now, who’s gonna stop me?” How about an Italian plumber and his plucky friends?

Check out the trailer below. The Super Mario Bros. Movie hits theaters on April 7.