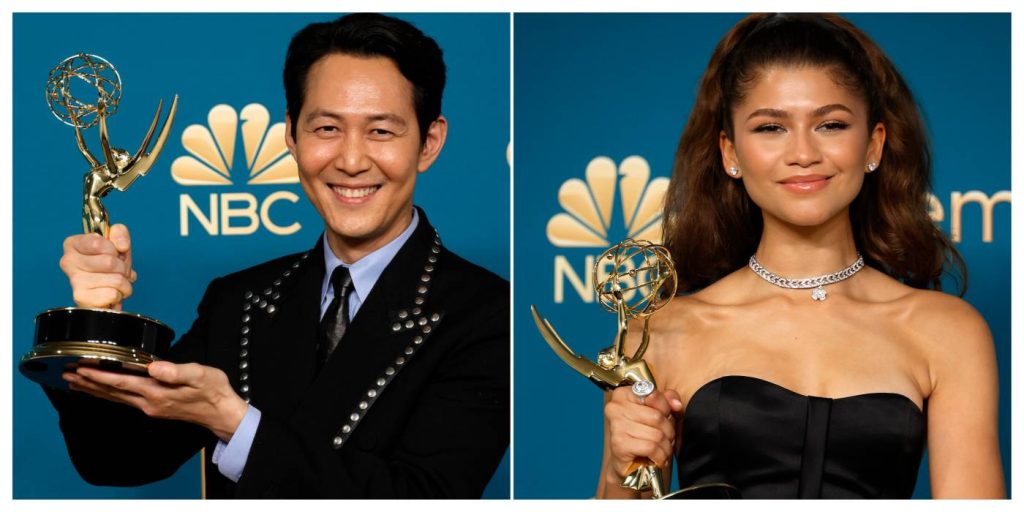 Squid Game star Lee Jung-jae became the first Asian actor ever to win an Emmy for Best Actor in a Drama, marking one of the telecast’s highlights. Lee became only the fourth Asian actor to ever win an Emmy in any of the performance categories.

Meanwhile, Zendaya became the youngest person to ever win two Emmys (she’s a mere 26) and the first Black woman to win the Best Actress Emmy twice, nabbing the award for Best Actress in a Drama for her performance in Euphoria.

“My greatest wish for Euphoria was that it could help heal people, and I just want to say thank you to everyone who shared their story with me,” Zendaya said. “I want you to know that anyone who has loved a Rue or feels like you are a Rue, I’m so grateful for your stories, and I carry them with me and carry them with her. Thank you so much.”

The supporting actors and actresses who took home Emmys included, in the Drama category, Julia Garner for Ozark, Matthew Macfayden for Succession, and in Comedy, it was Brett Goldstein for Ted Lasso and Sherly Lee Ralph for Abbot Elementary. The White Lotus actress Jennifer Coolidge and actor Murray Bartlett each won an Emmy for their support work in a Limited Series or Movie.