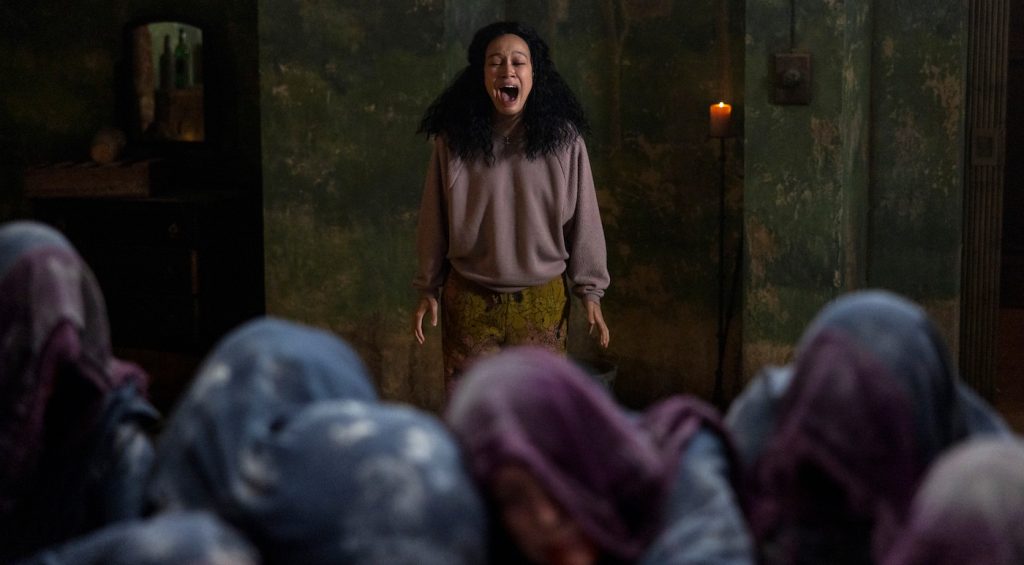 Netflix has a new horror series coming just in time for Halloween.

Doctor Sleep and The Haunting of Hill House director Mike Flanagan’s The Midnight Club will bring 10 episodes worth of supernatural creepiness to the streamer in early October. The series, based on a novel of the same name by Christopher Pike, is centered on a group of terminally ill patients at the Rotterdam Home who comes together—at midnight, of course—to swap scary stories. Adding a deeper component to the group’s storytelling ritual is a promise they make to one another; if one of the dies, they’ll contact the others from beyond the grave.

The first trailer reveals the terrifying diagnosis that Annarah Cymone’s character gets, which sends her on her path to the Rotterdam House. Cymone is joined by Adia, Igby Rigney, Ruth Codd, Aya Furukawa, William Chris Sumpter, Sauriyan Sapkota, and Heather Langenkamp.

Flannagan created the series alongside writer Leah Fong (The Haunting of Bly Manor), both of whom bring a successful track record in the horror genre with them.

Check out the trailer below. The Midnight Club streams on Netflix on October 7.

Here’s the official synopsis for The Midnight Club:

At a hospice for terminally ill young adults, eight patients come together every night at midnight to tell each other stories — and make a pact that the next of them to die will give the group a sign from the beyond. Based on the 1994 novel of the same name as well as other works by Christopher Pike.