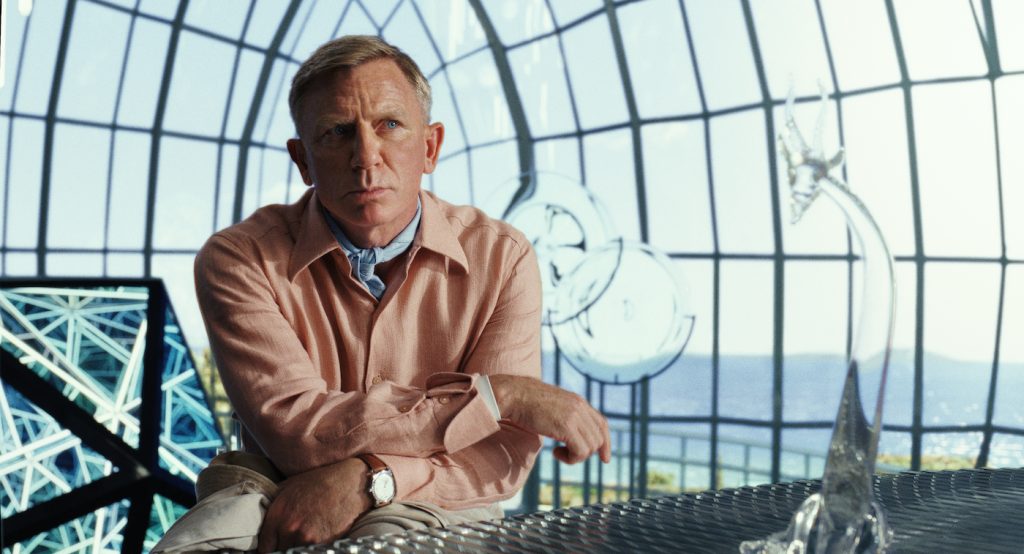 Rian Johnson’s Glass Onion: A Knives Out Mystery made its world premiere at the Toronto International Film Festival this past weekend, which means that reactions and reviews have already flooded online. Johnson has asked that those who saw the film (and those who reviewed it) to please, please, please keep its many secrets hidden until audiences far and wide get a chance to see it on December 23 on Netflix (it’s getting a theatrical release in select theaters, too, making it eligible for Oscar consideration). While this request has been met (so far, fingers crossed!), we can happily report that the folks who caught Johnson’s sequel to his 2019 smash hit Knives Out say that Glass Onion isn’t just a worthy sequel, for quite a few critics, it surpasses the original.

Daniel Craig returns, of course, as Benoit Blanc, the dapper gentleman detective who so nimbly and effectively juggled the jagged pieces in Knives Out and solved the mystery. In Glass Onion, Blanc has to bring his best summer suits—the action takes place in Greece—as he sets out to solve a mystery involving another wacky cast of characters. That cast is phenomenal and includes Edward Norton, Janelle Monáe, Kathryn Hahn, Leslie Odom Jr., Jessica Henwick, Madelyn Cline, Kate Hudson, and Dave Bautista. This list doesn’t include the cameos, but those folks, like the film’s many twists and turns, are part of the secrets Johnson and the rest of us want to stay hidden.

So, without further ado, here’s a brief tour of the reactions, all spoiler-free, of course:

#GlassOnion is STELLAR. Another masterful murder mystery from Rian Johnson. More Steve Yedlin brilliance. Another A+ ensemble. Cannot wait to watch this over and over and soak in the WILD amount of precision and passion that went into this movie … just like the first film.

If #KnivesOut is a case study of the dry rot of old money/classism, #GlassOnion is an examination of the moral decay of new money/influencer culture. A hilarious new Benoit Blanc mystery, Rian Johnson does it again! Also, can confirm, Daniel Craig’s eyes ARE that blue. #TIFF22

#GlassOnion is yet another hysterical and razor-sharp benoit blanc mystery from rian johnson. miles funnier than the original, the ensemble cast is beautifully controlled chaos- kate hudson is a scene stealer and janelle monâe is the beating heart. johnson’s done it again! pic.twitter.com/549J0iZ1p9

Leave it to Rian Johnson to make my favorite Netflix movie to date. #GlassOnion is a perfect mystery.

#GlassOnion is the best time you can have with your clothes on. Just fun #TIFF22 pic.twitter.com/5iRQA15rM7

So @rianjohnson’s #glassonion is LOADED with surprises that no one knows, is way different than the first film but just as awesome, and very funny. Going to be a *huge* hit for @netflix. pic.twitter.com/uo2uZHKkux

Is #GlassOnionAKnivesOutMystery a better movie than the first “Knives Out”? Not necessarily. But it’s a bigger, showier, even more elaborately multi-faceted shell-game mystery. And #DanielCraig, once again, rules. My review from Toronto. https://t.co/O3rgGOqTlb

Did he do it again? Yeah, he did it again. Rian Johnson’s #GlassOnion A #KnivesOut Mystery is terrific. #TIFF22 https://t.co/tqWZLjXP6k pic.twitter.com/rAW3bijR8a

For more on Glass Onion: A Knives Out Mystery, check out these stories: