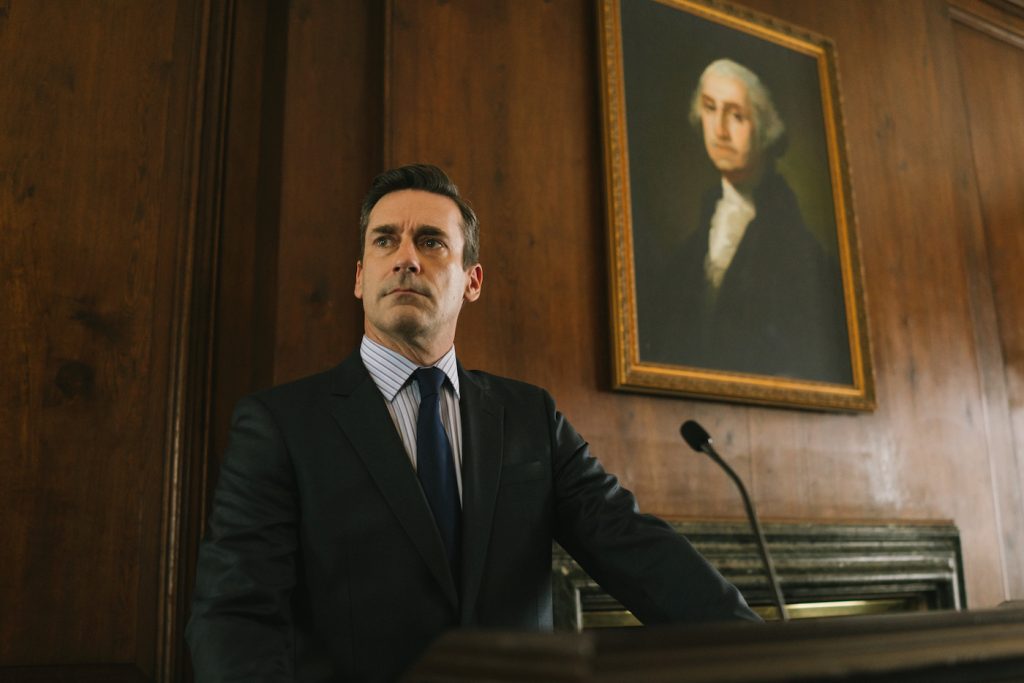 The Morning Show has just added a big name to their series regulars for season 3.

Mad Men alum Jon Hamm has joined the cast, which is particularly sweet in light of the very funny commercial Hamm did in which he teased Apple TV for having every A-list star on its roster but him. At one point, Hamm’s watching The Morning Show and says, “Jen and Reese, no Jon. Feels like a missed opportunity!” That commercial earned Hamm an Emmy nomination for Oustanding Commercial, and while we’re confident it wasn’t what led to his The Morning Show gig (he can get those on his own), it adds a fun bit of zest to the news.

This means Hamm will once again get to play a business powerhouse, although here he’ll be operating in the present day, and he’ll be playing opposite Jennifer Aniston, as Alex, Reese Witherspoon, as Bradley, and Billy Crudup, as Cory, all three of whom work at the United Broadcast Association (UBA). Hamm is set to play a corporate titan named Paul Marks, who has UBA in his sights. Fireworks will surely ensue. Witherspoon, Crudup, and Marcia Gay Harden (as a guest actress) were all nominated for Emmys for season 2.

Hamm recently starred in a little movie called Top Gun: Maverick, which recently cruised past Titanic as the seventh-highest grossing domestic release ever.

Here’s that funny Hamm/Apple TV commercial for your viewing pleasure:

For more on The Morning Show, check out these stories: