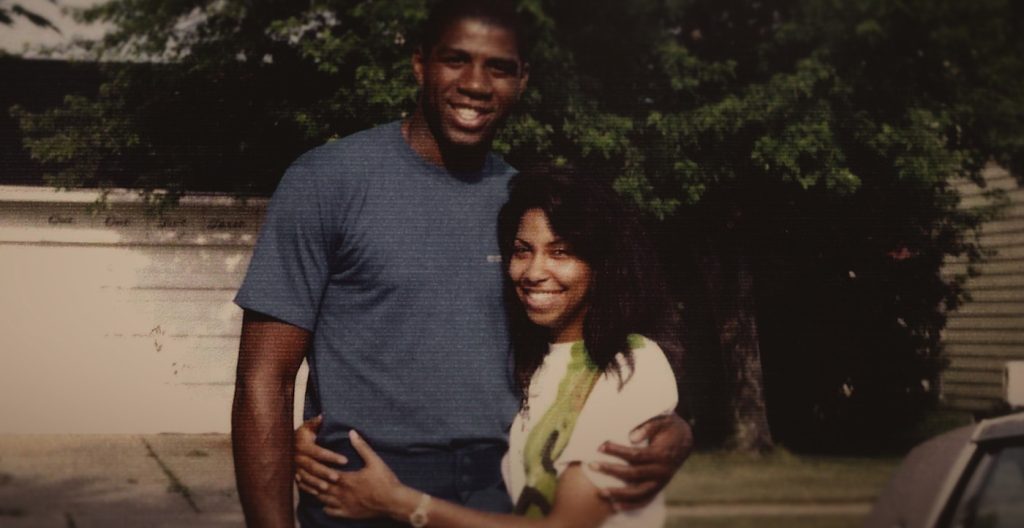 There are currently two Magic Johnsons streaming right now. There is the fictionalized Magic, played by Quincy Isaiah, on HBO’s dazzling, gleefully dramatic Winning Time, based on Jeff Pearlman’s book “Showtime: Magic, Kareem, Riley, and the Los Angeles Lakers Dynasty of the 1980s.” And now, there is the actual Magic in Apple TV’s They Call Me Magic, a four-part documentary series that hopes to do for the Lakers legend and business titan what The Last Dance did for Michael Jordan—give Magic the kind of in-depth, personal, 360-degree view of what made him such a force of nature and how he was able to re-shape an entire league around his talents and personality. While Magic Johnson has made it quite clear he’s not interested in watching his fictionalized self on HBO, for the rest of us, having two Magics for the price of, well, two streaming services, seems like a sweet deal nonetheless. Magic has led a life worthy of both a docu-series and a deliciously entertaining “based on a true story” narrative drama. The first trailer for They Call Me Magic teases the moment this young phenom from Lansing, Michigan earned the nickname that would capture his soon-to-be-famous wizardry with the basketball, and, that ready-for-showtime smile.

They Call Me Magic will take us from Earvin Johnson’s early days in Michigan, where he eventually became Magic and led the Michigan State Spartans to a National Title (over a Larry Bird-led Indiana State Sycamores), and then it was on to Los Angeles, where Magic would ultimately change the team, the game, and the league. The series will not only track Magic’s arc into the stratosphere of fame and fortune but also the darker times, like the HIV diagnosis that shocked the world and also helped turn the conversation around the disease. They Call Me Magic will show not only how Magic handled that diagnosis and helped re-shape the conversation around HIV, but how he went on to become more than just an NBA legend, but a business mogul who helped pave the way for generations of athletes after him.

They Call Me Magic will feature a lot of Magic, of course, as well as a slew of the stars, intimates, teammates, and more who shaped or were shaped by Magic. Nearly every name you’ve heard and seen in Winning Time will be here as their real selves—Pat Riley, Kareem Abdul-Jabbar, Jerry West. Old rivals, including Larry Bird, Isiah Thomas, and Michael Jordan are on hand. And then there will be the luminaries who were inspired by Magic, including President Obama.

The trailer appropriately begins with Magic and a sports reporter from Lansing, Fred Stabley Jr., who knew Earvin Johnson needed a nickname and quickly surmised his style of play, and that smile, were Magic. The rest is history, and that history will now be told.

They Call Me Magic comes from director Rick Famuyiwa and is now streaming on Apple TV. Check out the trailer below.

For global sports icon Earvin Johnson, “Magic” has many meanings. It’s the sparkle of his megawatt smile and dazzling style of play that forever changed the game of basketball. It’s the magnetic connection that led him to the love of his life. It’s the shock of an HIV diagnosis that he transformed from grief into triumph — shifting global dialogue about the disease and overcoming its staggering odds. It’s his transcendence from sports superstar to business titan, blazing new trails for former athletes and revolutionizing the way corporate America does business in Black communities. Featuring intimate interviews with Magic and an all-star lineup, “They Call Me Magic” charts the cinematic life of one of the biggest cultural icons of our era with unprecedented access in a definitive four-part documentary series.

Featured image: Magic and Cookie Johnson in “They Call Me Magic,” now streaming on Apple TV+.

TAGSApple TV They Call Me Magic