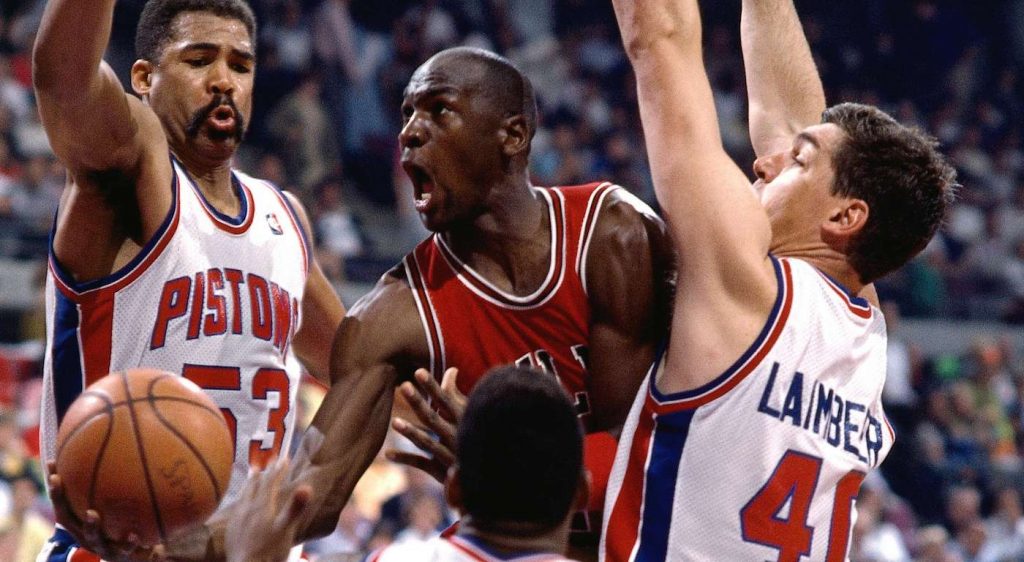 The Last Dance Soars as ESPN’s Most Watched Documentary Ever

Have you been watching ESPN’s The Last Dance? If so, you’re one of the millions of people who have devoured the first two episodes of their new documentary, which focuses on Michael Jordan and the Chicago Bulls and their run for a sixth championship in the 1997/98 season. ESPN has revealed that the first two episodes of the 10-part series averaged 6.1 million viewers. The premiere episodes “rank as the two most-viewed original content broadcasts on ESPN Networks since 2004, surpassing the 2012 film You Don’t Know Bo.” The doc is also the most-viewed program on ESPN since the college football National Championship Game (a million years ago).

If you haven’t yet watched the first two episodes, we suggest you lace up your best slippers and check it out. Even if you’re not a sports fan, there’s magic in beholding the maturation of one of the most transformational athletes in history, full stop, in Michael Jordan. Director John Hehir’s documentary would be worth watching if its sole focus was Jordan, but he was surrounded by great players (Scottie Pippen in particular) and real characters, all of whom also make for great doc subjects. The first two episodes are primarily focused on Jordan, but there’s room enough even to focus on the insanely talented and criminally underpaid Pippen, the unpopular but irrefutably successful manager Jerry Krause, the team’s guru-coach Phil Jackson, and the drama and tension that built up within the Chicago Bulls organization during their quest for the sixth championship in eight years.

The Last Dance was originally slated for a June 23 release, but ESPN moved it up to April 19 to account for the fact that most of the country is at home practicing social distancing due to the spread of COVID-19. Two new episodes of the doc series will be released every night through May 17. For international viewers, you can catch The Last Dance on Netflix.

In the fall of 1997, Michael Jordan and the Chicago Bulls began their quest to win a sixth NBA title in eight years. But despite all Jordan had achieved since his sensational debut 13 years earlier, “The Last Dance,” as coach Phil Jackson called it, would be shadowed by tension with the club’s front office and the overwhelming sense that this was the last time the world would ever see the greatest player of all time, and his extraordinary teammates, in full flight.