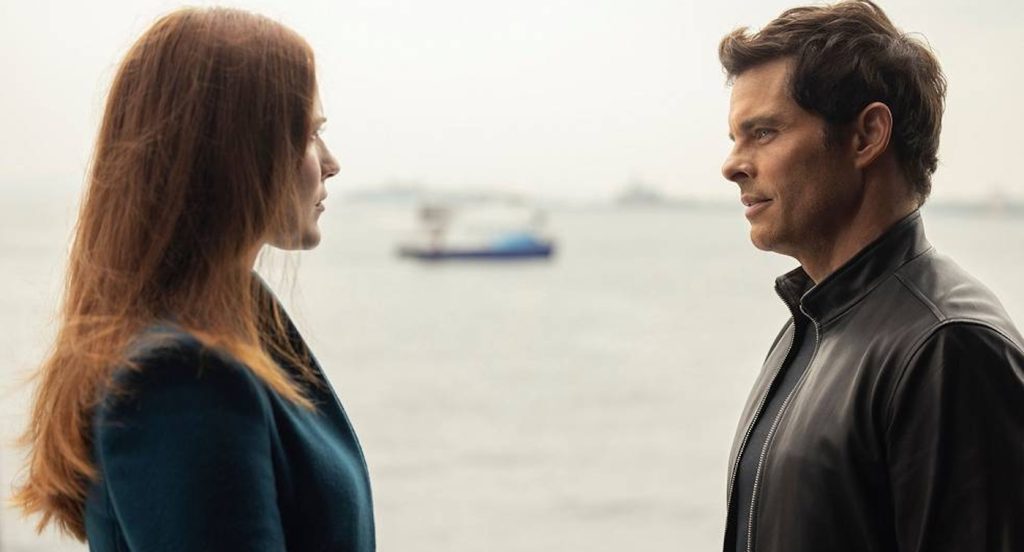 Cinematographer Paul Cameron had worked on big pictures like Michael Mann-directed Collateral and Denzel Washington thriller Déjà Vu, so he could afford to be skeptical six years ago when he first heard about a new TV series loosely based on an old Michael Crichton sci-fi novel. Cameron says, “I remember when my agent called and said Jonah Nolan wants to talk to you about Westworld, my first reaction was: ‘Might not be not my cup of tea.'” But once Cameron met with Nolan and partner Lisa Joy, he became a key collaborator, helping to establish the HBO series’ look by shooting Westworld‘s much talked about 2016 pilot. In 2020’s season 3, he helmed the 4th episode, “The Mother of Exiles.” This season, Cameron returned to direct Aaron Paul, Thandie Newton, Ed Harris, Evan Rachel Wood, and Jeffrey Wright in “Generation Loss,” the 4th episode, which aired earlier this month.

Speaking from his home outside of Bend, Oregon, Cameron described how he and his cast overcame scorching temperatures, tight schedules, and challenging locations to shape a memorably complicated Westworld episode.

Even by Westworld standards, your “Generation Loss” episode seems mighty complicated, cutting between three timelines, multiple locations, and a half dozen stressed-out characters. How do you organize all of that?

Basically, I cut the scenes in my head before I film them.

The first scene flashes back to when Aaron Paul’s Caleb and Thandie Newton’s Maeve attack the Lighthouse. Where did you film that?

That opening sequence we filmed in Cabo, Mexico, which has this beautiful old lighthouse on the beach there. When I landed at the airport, the producer Mark Tobey said, “Dude, there’s a hurricane coming; we need all the cameras and crew at the Viceroy Hotel,” which is where they were shooting other assets for the show. This flashback scene was actually the last thing I needed to film for my episode, so I said, “Respectfully, if I can have one camera and a drone?”

But wait, there’s a hurricane coming?

Yeah, about 20 hours away. We showed up at six in the morning with the drone and an Arriflex [Alexa] Studio camera with a 1000-foot [film] mag, which I ended up operating in 105-degree weather while my DP was doing lighting set-ups. A few people got heat exhaustion by the end of the day, including me. I was literally foaming at the mouth trying to finish my last scenes. It was supposed to be a two-day shoot, but I convinced the producers I could do it in one.

Caleb gets shot and might die while Maeve tries to comfort him. You need to capture extreme emotions in extreme heat on a tight schedule, so you must have been grateful to be directing actors of this caliber.

Aaron and Thandie are such professionals! Outside, exposed to the heat, 100 percent humidity, of course, you want to keep them from getting heat stroke. Fortunately, the communication was so good between the three of us; I could tell them, “Save your energy for when I turn the camera on,” or I could tell Aaron, “Just give me a little action in the foreground while I focus on Thandie, and that’ll be fine.” They both understand exactly where the camera is and know how to save it for their closeups.

Cut to a new time frame in Temperance, the 1920s Chicago simulation, where Maeve and Caleb kidnap Tessa Thompson’s evil Charlotte Hale and drive out to a demolition site in the desert where all hell breaks loose: Ed Harris’s Man in Black goes nuclear, there’s a massive explosion plus Hale tries to infect poor Caleb so he’ll do her bidding.

The real challenge there was to keep Aaron in this intense emotional state. We’re shooting at night in this quarry in southern California, the next night, we’re back at the quarry, three weeks later, we shoot in the shed, three weeks after that, we do the “stylized shed” where he’s being held by Hale. As a cinematographer, I’ve often seen directors asking the actor to do the scene from beginning to end, move the camera, and then do it again from beginning to end so they can get coverage. Jonathan was concerned we might be asking a lot, but once Aaron understood what I was doing visually, emotionally, and editorially, he said, “I’ll go there as many times as you need me to go there.”

And it also must be tricky because the actors don’t necessarily know what’s going to happen next to their characters?

The actors have questions. They want to know what’s going on. But the complexity of the show is such that you don’t want to reveal certain things. I didn’t want to give Aaron the pages for the end of the episode because I didn’t want him to know where Caleb was going. And working with Tessa, she’s a fabulous actress, and she has feelings — they all have feelings — about where they hope their characters are going. As the director, part of my job is to keep the actors where they are [emotionally] and “release” them at the time they need to be released. It’s interesting to juggle information and emotional beats because I like to push things left and right a little bit, open some doors and hope new attributes emerge through the actors’ performances. But it’s a thin line. You have to trust the writing and can’t really go off track.

After the quarry shootout, the timeline jumps ahead once again to New York City, where Hale taunts “Caleb” with devastating information. You shot those sequences in Manhattan’s Hudson Yards complex, which must be challenging.

I hadn’t had the experience of working with four other directors until we did these scenes in New York. Every day you start out saying, “I need three or four hours.” They say, “We’ll give you three.” But then the first director goes over, and now the second director’s gone over, and suddenly you’ve got one hour to film this scene in Hudson Yards. You have one shot to get Aaron running out onto the street.

There, he’s surrounded by dozens of pedestrians who stop on a dime at Hale’s command.

You read something like that in the script and wonder how you’re going to pull it off. We had 120 practical extras when Hale snaps her fingers and everybody freezes. We used a God mic to explain things to the extras, and it was amazing to see how they welcomed the challenge. We did it in two or three takes.

Meanwhile, Jeffrey Wright’s Bernard and Caleb’s now-grown daughter Frankie (Aurora Perrineau) search for a weapon buried in the desert. In contrast to all this action, Evan Rachel Wood anchors a scene opposite James Marsden that almost feels like a rom-com. Her new Christina character is completely different from the rancher’s daughter-turned-badass Dolores that Wood portrayed in earlier seasons. What’s it like to direct Evan Rachel Wood?

Rachel’s a highly tuned professional. She understands the camera. She can be on her phone talking to somebody when you tell her you need another take, and to swing the lens and push in a little closer for a look. You go, “Okay, we’re going to roll.” She’ll just turn, step in front of the camera, “Action.” Make the look. Perfect. I don’t know how she does it.

Coming from a cinematography background, how did you develop your vocabulary for talking to actors and steering their performances?

As long as you understand the scene and have an idea of where the story’s going, it just feels natural for me to address performance from that level. But you have to know the script as well as the writers who wrote it, which is something you don’t really do as a cinematographer.

You obviously enjoy a good rapport with Westworld creators Jonathan Nolan and Lisa Joy. Most recently, you shot her directorial debut Reminiscence last year. How has your collaboration with this couple evolved?

Literally, within five minutes of meeting Jonathan, he and I were talking about what we were going to do on Westworld. I was 100 percent in before I left the room. It was exciting to help Jonathan and Lisa, with production designer Nathan Crowley, conceptualize how to make the western thing feel real for that first season. I was a big advocate for building Westworld in Utah for the ins and outs. I’d shot a lot of things with Tony Scott at Dead Horse Point near Moab, so when I pitched Jonathan, Lisa and Nathan on Westworld being built in Red Rock country, they loved the idea.

Beyond that pilot, you earned another Emmy nomination for shooting the first episode of Season 3. Through cinematography, you’ve continued to shape the look for Westworld, which must be gratifying.

Last season, I went to Singapore and scouted the City of Arts and Sciences in Spain with Jonathan and Lisa, and then I stayed behind and shot plates that could be used throughout the season. It’s rare for a cinematographer to function on a level where you’re invited to come up with ideas because, normally, you don’t get brought in at that level. And then, to be utilized creatively as a director? That’s a great opportunity because Jonathan and Lisa are such amazing storytellers.