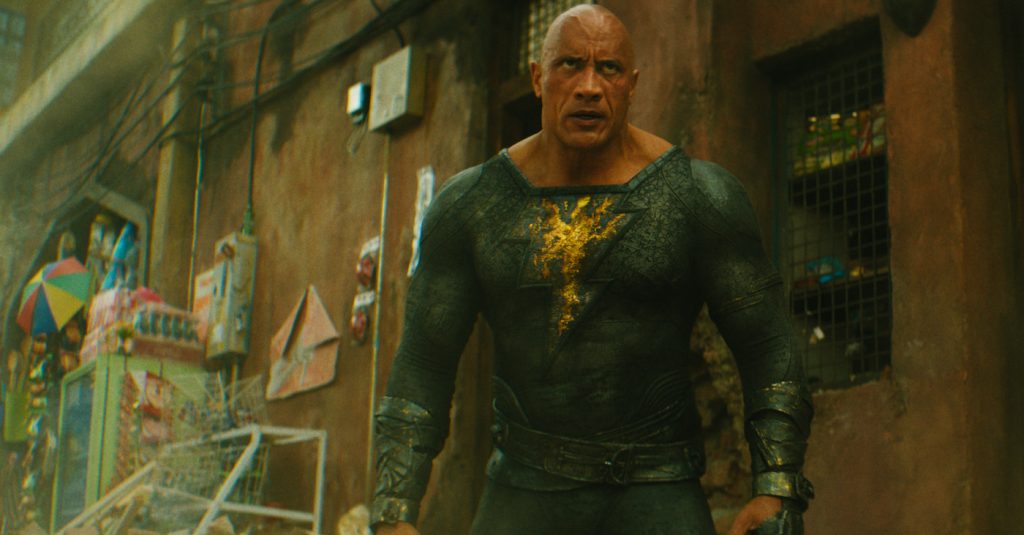 “My powers are not a gift, but a curse.”

This is how Black Adam (Dwayne Johnson) describes his immense, DCEU-shaking abilities in the new sneak peek at Black Adam that was revealed this past weekend at San Diego’s Comic-Con. Johnson’s titular superhero, or perhaps more accurately, super anti-hero, was “born out of rage”—murdered thousands of years ago as a slave, he was resurrected through his son making the ultimate sacrifice. Reborn and next-level powerful, Black Adam is definitely not the warm and electrically cuddly type like Shazam. Black Adam is also no Avenger, or even Batman—he plays for keeps, and he’s not sure he’s equipped to be called a hero at all.

“The world needed a hero,” he says at the end of the teaser. “Instead, it got me.”

The new sneak peek offers some fresh footage of what’s shaping up to be one of the biggest DCEU releases ever. Black Adam comes from director Jaume Collet-Serra, and will feature the Justice Society—Hawkman (Aldis Hodge), Doctor Fate (Pierce Brosnan), Cyclone (Quintessa Swindell), and Atom Smasher (Noah Centineo).

“You have two choices,” Doctor Fate tells Black Adam. “You can be the destroyer of this world, or you can be its savior.” Black Adam will tell the story of that choice and will reshape the DCEU in the process.

Check out the new sneak peek below. Black Adam arrives in theaters on October 21.

Nearly 5,000 years after he was bestowed with the almighty powers of the ancient gods—and imprisoned just as quickly—Black Adam (Johnson) is freed from his earthly tomb, ready to unleash his unique form of justice on the modern world.