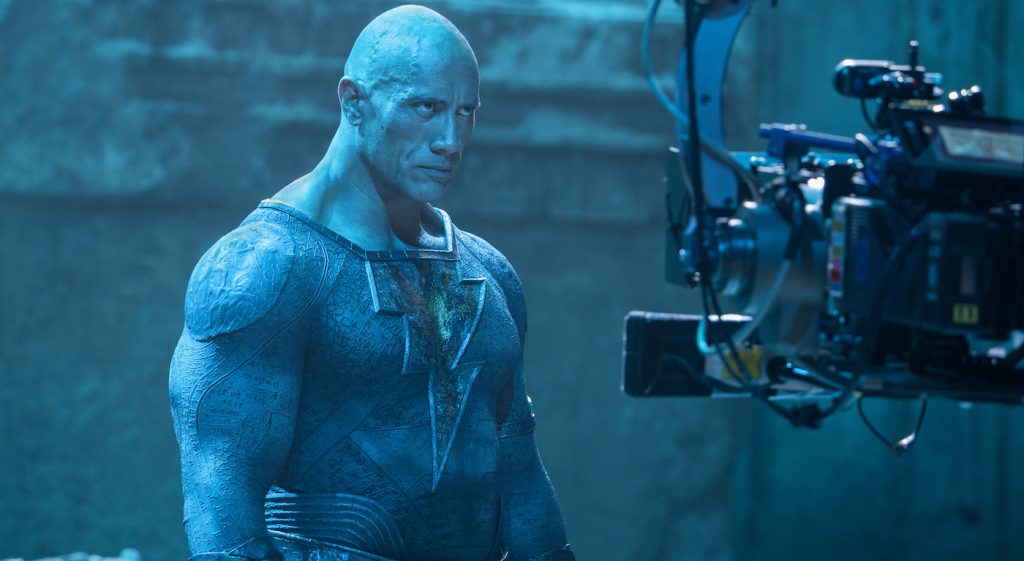 Warner Bros.’ 2022 film slate is massive. How massive? Just on the DC Extended Universe side of things, you’ve got a return trip to Gotham in Matt Reeves The Batman, the first stand-alone Flash film, and you’ve got Dwayne Johnson making his long-awaited entrance to the DCEU in Black Adam. To that end, Warner Bros. has revealed three new behind-the-scene images of Johnson in the role he was born to play.

Black Adam comes from director Jaume Collet-Serra, and the logline lets you know that when Dwayne Johnson enters the DCEU, it’s not to simply add to its growing roster of superheroes. “The hierarchy of power in the DC universe is about to change,” and, well, of course it is—this is the Rock. We got our first glimpse of Johnson as Black Adam via this clip revealed at the most recent DC FanDome Event. The clip showed just has nasty Black Adam can be when he feels threatened. We were also introduced to members of the Justice Society—Hawkman (Aldis Hodge), Doctor Fate (Pierce Brosnan), Cyclone (Quintessa Swindell), and Atom Smasher (Noah Centineo).

The images give us a great look at Black Adam’s suit, with its Shazam-like lightning bolt running down the chest:

Then we got two more behind-the-scenes shots, one of Jaume Collet-Serra and Johnson looking at a monitor after a scene, and another of Johnson preparing to perform.

We’ve been waiting a long, long time to see Johnson in this role. In fact, he was cast way back in 2014. Producer Hiram Garcia shared his enthusiasm for what he’s seen thus far late last year. Speaking to Collider, Garcia had this to say after seeing the first cut of Black Adam: