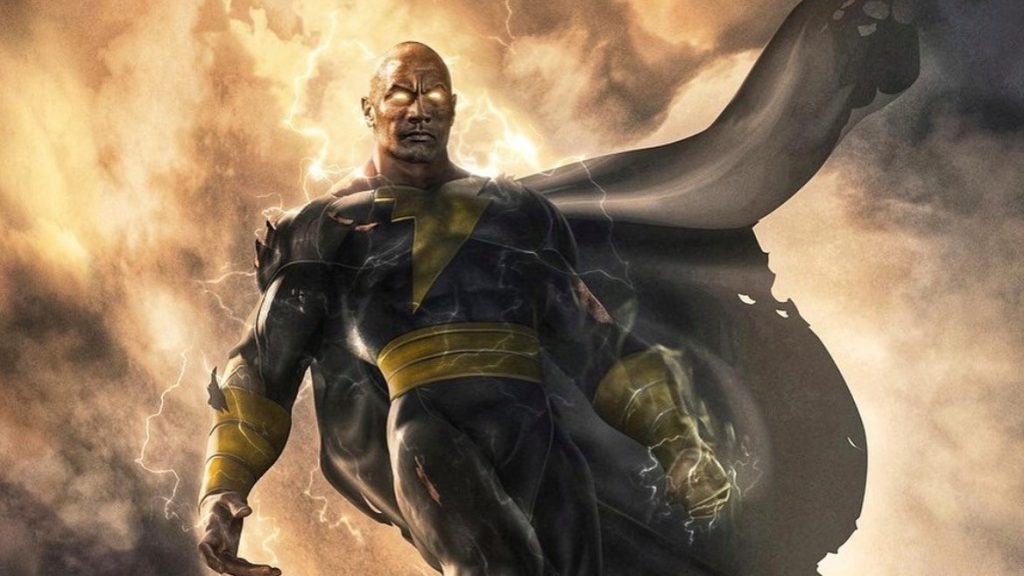 Sure, if you were producing a major film with a ton of expectations, you’d likely strike a positive note to journalists after seeing the first cut of said film. Yet, Black Adam producer Hiram Garcia really and truly seems hyped about the film, and his enthusiasm feels plenty warranted. Black Adam is going to introduce Dwayne Johnson to the DCEU as the titular antihero with some immense powers. There’s a reason that the current logline for the film is “The hierarchy of power in the DC Universe is about to change.” The character is that potent. We got our first glimpse of Johnson as Black Adam via this clip revealed at the most recent DC FanDome Event. Black Adam is not the guy you want to threaten, it turns out. The clip also introduced to members of the Justice Society, who will be featured in the film—Hawkman (Aldis Hodge), Doctor Fate (Pierce Brosnan), Cyclone (Quintessa Swindell), and Atom Smasher (Noah Centineo).

Back to producer Hiram Garcia—he was speaking to Collider about his most recent film, Red Notice, also starring Johnson, when the conversation turned to Black Adam. Garcia revealed that he had seen director Jaume Collet-Serra’s first cut. Keep in mind that Black Adam has a long way to go in post-production. Editing alone is a painstaking, and often painful, months-long process in which the editor and director will have to make some very hard choices. The film’s special effects, color correcting, score, and much more besides all need to be added and perfect. And yet, seeing this very rough initial assemblage still had Garcia thrilled. Here’s what he had to say:

As for when we can expect a proper trailer for the film, Garcia counseled patience. “I’m not going to give a timeline yet because I don’t want to get people excited and crazy when we’re not fully locked in. But we’re in the works. It’s all in motion, but, obviously, this is a very heavy visual effects movie, so there’s a lot of visual effects that are in the pipeline right now that we’re getting going. But that first trailer is going to be good, trust me when I say that.”

Featured image: The Rock as Black Adam. Courtesy of Bosslogic and Jim Lee.