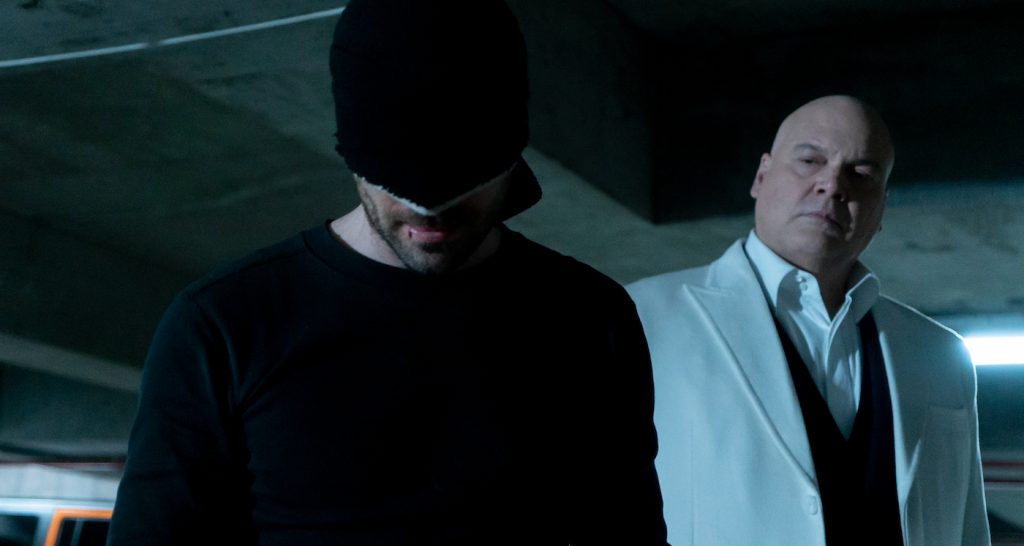 Charlie Cox and Vincent D’Onofrio—not enemies in real life, mind you—will be making an appearance as Daredevil and Kingpin respectively in Marvel’s upcoming Disney+ series Echo. The series will be centered on Alaqua Cox’s Maya Lopez, the breakout star from Marvel’s Hawkeye, and a woman who has every reason to loathe Kingpin as much as Daredevil does.

Cox and D’Onofrio had great chemistry as the superhero and supervillain of Netflix’s Daredevil (it ran on Netflix from 2015-2018) and quickly became fan favorites. D’Onofrio’s Kingpin (aka Wilson Fisk) appeared in seasons one and three, while Cox appeared as the titular superhero in the three seasons of the series, and then again in 2017’s The Defenders, which teamed him up with the other core Marvel superheroes on Netflix.

Daredevil was canceled in 2018, and Cox and D’Onofrio could have both been forgiven for assuming that their superhero and supervillain days, at least in those roles, were done. But then Disney+ launched, and one of the major draws of the new streamer (along with having all your favorite Star Wars films and shows in one place) was the fact that Marvel Studios would produce TV series for Disney+ that would be firmly connected to the Marvel Cinematic Universe. Suddenly, all sorts of options were on the table.

Cox then appeared as Matt Murdock (Daredevil’s civilian name) in 2021’s Spider-Man: No Way Home, playing Peter Parker’s attorney. Meanwhile, D’Onofrio’s return as Kingpin was one of the big twists in Marvel’s Hawkeye, as he was the main mover making life miserable for Jeremy Renner’s semi-retired Avenger and making a lifelong enemy of Alaqua Cox’s Maya Lopez. When Disney moved the Marvel Netflix shows, including Daredevil, to Disney+, and ordered a new Daredevil series, the Cox/D’Onofrio return was all but assured.

Yet the news that Charlie Cox’s Matt Murdock will appear Echo is intriguing. The series will follow Maya Lopez in the aftermath of her journey in Hawkeye, with her life leading a New York gang more or less unraveled after tangling with Kingpin at the series conclusion after the murder of her uncle. Maya will be heading to her hometown, and at some point in the series, Charlie Cox’s Matt Murdock will appear as he searches for a former ally. There’s word that said former ally will be Krysten Ritter’s Jessica Jones, which would get Marvel part of the way towards reintroducing their crop of supes from Netflix, which includes Mike Colter’s Luke Cage, Jon Bernthal’s Punisher, and Danny Rand’s Iron Fist.

It’ll be a hoot to see Daredevil and Kingpin on screen together again—whether that happens first in Echo or in Daredevil‘s 4th season is still anybody’s guess.