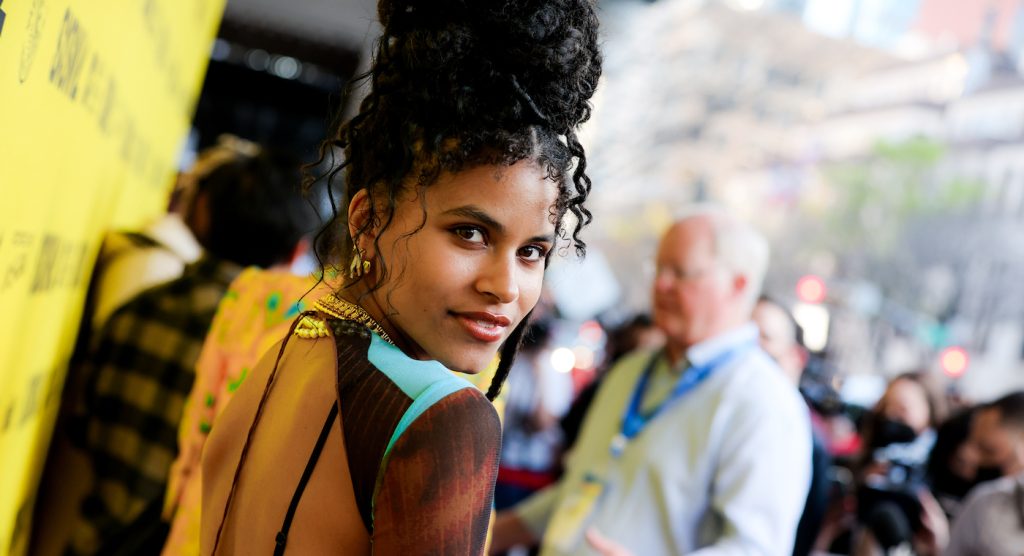 One of the most influential and eerily prescient sci-fi series returns at last and is doing so with a stellar cast.

Variety has the scoop that series creator Charlie Brooker has found at least some of his cast for Black Mirror season 6, and it’s a doozy. The beloved anthology series returns to Netflix with the likes of Zazie Beetz, Aaron Paul, Paapa Essiedu, Kate Mara, Josh Hartnett, Clara Rugaard, Danny Ramirez, Auden Thornton, and Anjana Vasan starring. The wild thing is that this bonkers list apparently only represents three episodes in the new season, so expect to hear about more stars joining.

Black Mirror has not only managed to produce an astonishingly high rate of exquisitely compelling episodes (for this viewer, there really isn’t a bad episode) but it’s been ahead-of-the-curve with casting from the jump. While many of season 6’s stars are already well established, Black Mirror has a knack for picking the perfect person for the perfect role, shining a light on character actors, or, providing a new angle on performers whose range you think you know but who, in fact, have been waiting for something as daring as Black Mirror to come along. Brilliant performers like Andrea Riseborough, Daniel Kaluuya, Rosemarie DeWitt, Georgina Cambell, Andrew Scott, Gugu Mbatha-Raw, Letitia Wright, Cristin Milioti, and Michaela Coel have all appeared on the show.

As is to be expected, there’s zero by way of plot specifics for Black Mirror season 6, but Variety reported back in May that it will be longer than season 5’s truncated 3-episode arc. Yet in just those three episodes, Black Mirror reminded viewers why it’s considered the pinnacle of modern sci-fi, with three gut-punch episodes that delivered not only the creeps and the terror we’ve come to expect but also, in at least the first episode, a portion of love. Anthony Mackie and Yahya Abdul-Mateen II starred in season 5’s premiere episode, “Striking Vipers,” which turned out to be a beautiful (if twitchy and nerve-wracking) look at same-sex attraction and love. Season 5’s 3rd episode, “Rachel, Jack, and Ashley Too” starred Miley Cyrus (she was excellent) in a clever, creepy spin on fandom, fame, and loneliness.

Many of season 6’s stars know a thing or three about working on hit shows. Zazie Beetz stars in Donald Glover’s consistently inventive and brilliant Atlanta. Aaron Paul starred in one of the most lauded shows of the past 20 years, Breaking Bad, and currently stars on HBO’s prestige sci-fi drama Westworld. Paapa Essiedu stars in Sky’s Gangs of London and The Lazarus Project, while Auden Thornton plays Lucy in NBC’s mega-successful This is Us.

Needless to say, all of these stars will now be joining a long list of talented actors who loved, lost, and screamed bloody murder on one of the best shows around.

For more on Black Mirror & Netflix, check out these stories:

Featured image: AUSTIN, TEXAS – MARCH 19: Zazie Beetz attends the premiere of “Atlanta” during the 2022 SXSW Conference and Festivals at The Paramount Theatre on March 19, 2022 in Austin, Texas. (Photo by Rich Fury/Getty Images for SXSW)